They call him the Crusher 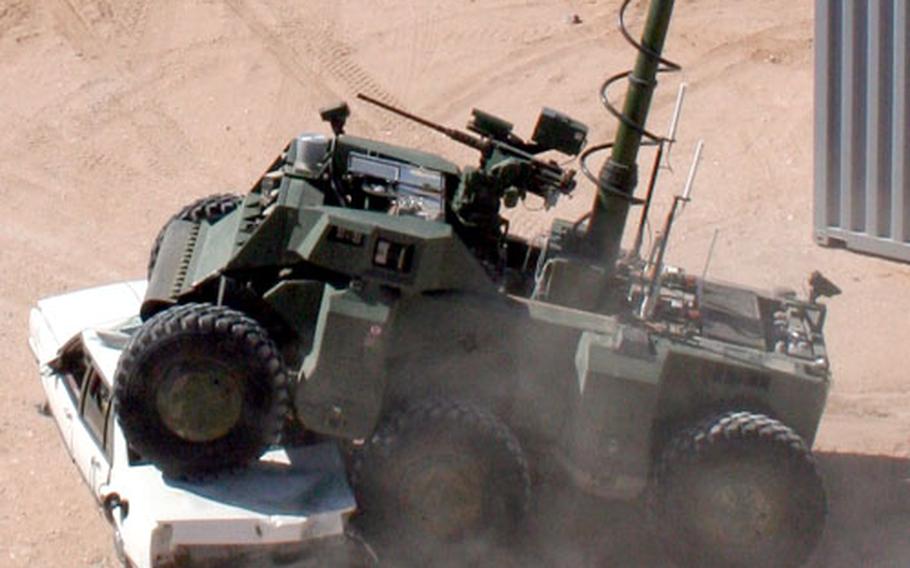 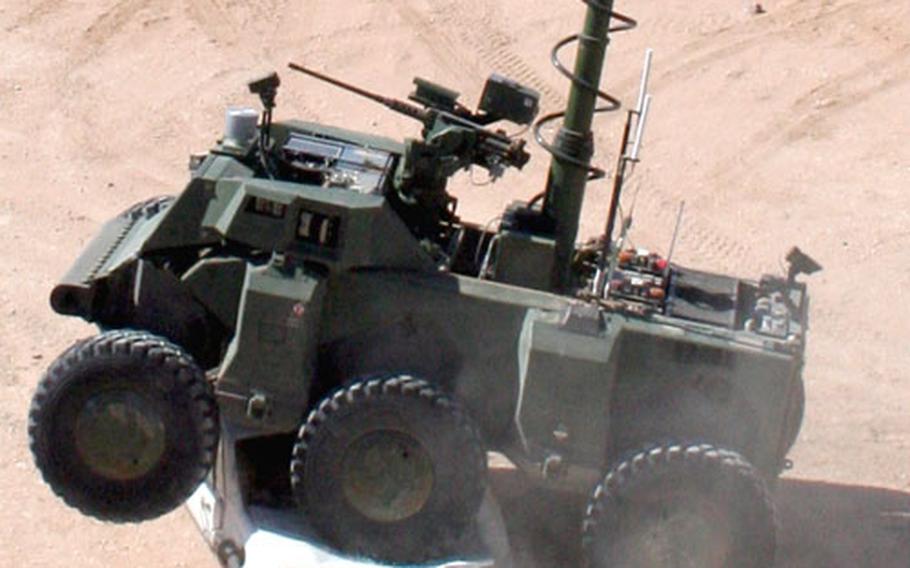 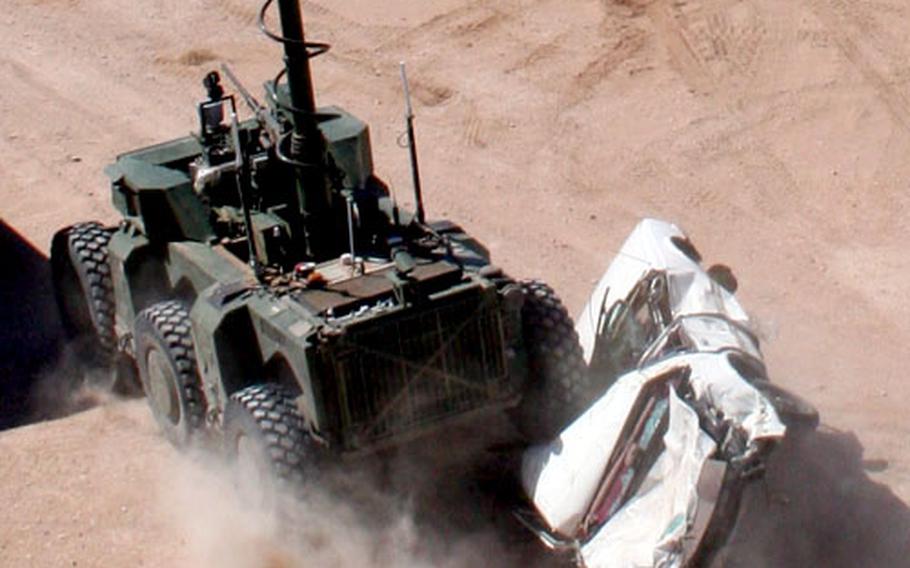 No parking space will be safe from the Crusher, as this recent demonstration at Fort Bliss, Texas, shows. (Leo Shane / S&S) He&#8217;ll drive through yards, roadblocks, even other vehicles without a second thought. He speeds through red lights, ignores stop signs and doesn&#8217;t brake for animals.

He has no soul.

But beneath his hard shell lies the heart of a great driver, hellbent on getting from start to finish as quickly as possible. Think Dale Earnhardt Sr., but driving a bulldozer.

Actually, think of Dale as the bulldozer.

The reason Crusher is a bad man is because he&#8217;s a fully automated battle truck, designed to plow over the hardest terrain without any help from puny human drivers. Imagine Knight Rider&#8217;s self-driving, self-thinking KITT, but with fewer wisecracks and a lot more ramming power.

The robotics project, the culmination of almost four years of work by the Defense Advanced Research Projects Agency (DARPA), is designed to show military planners what unmanned, unsupervised machines can potentially handle on the battlefield.

The seven-ton Crusher is programmed to get itself from point A to point B without any instructions other than some basic GPS coordinates. It has no steering wheel, no seats for passengers, and &#8212; unless the remote control override is turned on &#8212; no human driver.

It maps its own route while it cruises, picking out the quickest and easiest path to complete the mission. For boulders and riverbeds more than two meters high, the machine plans easier paths around the obstacles. For ones less than two meters, it barrels over or through them, relying on its 30-inch ground clearance and six-wheel nonskid steering system.

But humans enjoy the scenic drive courtesy of the dozens of laser sensors and mapping cameras mounted on the machine. In a command center miles from the bumpy ride, technicians can see every hill and tumbleweed in full color &#8212; and in infrared readouts if needed.

Army officials are still experimenting with the Crusher, and there are no immediate plans to field a military truck that drives itself. And the machine does have limitations. Researchers said they didn&#8217;t design it for rush hour, so it doesn&#8217;t understand how to follow traffic signs or stoplights. Its nine-foot wide frame isn&#8217;t really designed for city driving either.

But Welby said the idea was to get Pentagon planners to think about the next step in warfare, and what role unmanned vehicles will play there.

&#8220;This could be used as a scout, or a quick-response support vehicle,&#8221; he said. &#8220;With existing cameras we&#8217;ve put on there this vehicle is able to see rabbits at long-range, and enemy troops from 4 kilometers away. Imagine sending this to an intersection and letting it sit there to monitor what&#8217;s going on for days or weeks.&#8221;

A battalion could mount speakers on the device and use it for crowd control from afar. Researchers said with a few modifications the crusher could drive as part of a convoy, or run route clearance missions on its own. And machine guns can be mounted on the mast, and controlled by remote while the truck drives itself.

Or the military could simply decide to enter the Crusher in this year&#8217;s NASCAR circuit and see how he stacks up against the top human drivers.

Sure, the machine only has a top speed of 26 mph, but it has the advantage of not worrying about getting in a wreck with Tony Stewart. In fact, he might cause a few of his own.

After all, the Crusher has no soul.

See a DARPA video of the Crusher in action here.