The year it became 'Afghan versus Afghan' 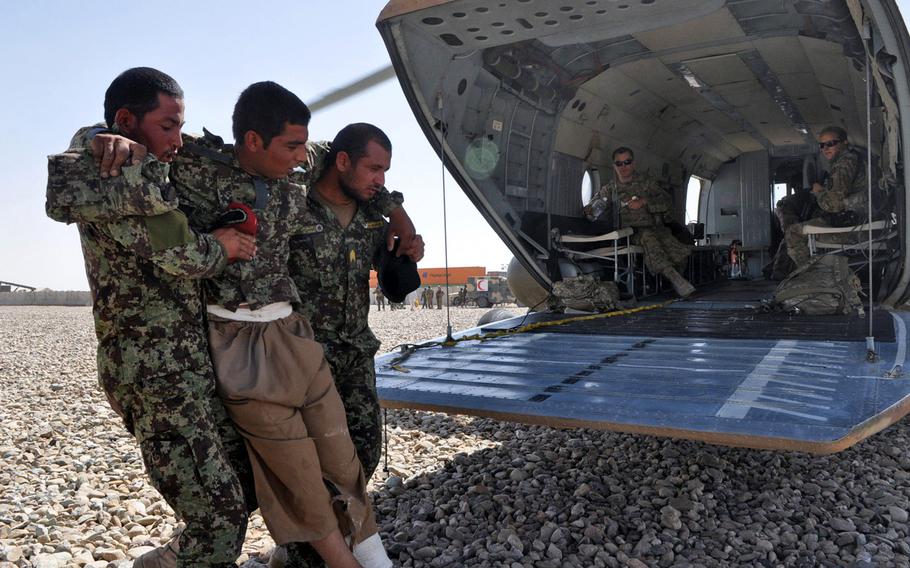 KABUL — In June, Afghan forces took the lead in ensuring security throughout Afghanistan from international forces, who moved into an advisory role as they continued to withdraw.

The reversal was most starkly reflected in casualty numbers.

Numbers are hard to nail down, but for Afghan forces, the picture was grim.

Afghan Interior Minister Umer Daudzai said in September that 1,792 Afghan police were killed from March to the end of August. Another 2,700 police were wounded. According to the Afghanistan Index, published by the Brookings Institution, citing Afghan Defense Ministry figures, 276 Afghan National Army soldiers were killed between March 21st and June 11.

The war is also far from over for Afghan civilians. In its midyear report, the United Nations Mission for Afghanistan said 1,319 civilians were killed between January and June 2013, 14 percent higher than the same period in 2012. Of civilians killed in the first half of 2013, 231 were children, most of whom were killed by improvised explosive devices, according to the U.N. report. UNAMA blamed insurgents for nearly three-fourths of civilian deaths.

Kate Clark, a senior analyst with the Afghanistan Analyst Network, said the war for Afghans looks completely different than it did a year ago.

“I think the nature of the war is changing,” she said. “It’s predominantly Afghan versus Afghan now.”

Clark said it’s impossible to say how the situation will evolve over the next year, especially with possible violence before and during the presidential election in April, but the fact that the dead are overwhelmingly Afghan may force the Taliban to change how they portray their fight.

“At the moment, they’re saying it’s a jihad against foreign occupation,” Clark said. “The fewer actual foreigners there are on the ground ... the less they can make that argument.”

The U.S. and NATO are planning to retain a residual training and advisory force after all combat troops withdraw at the end of 2014. There has been discussion of keeping 8,000 to 12,000 NATO troops in the country, though a final number has not been announced.

Clark pointed out that during the civil war here in the 1990s, each side claimed it was fighting a war against foreigners, even though all the fighters were Afghan, but they all received material support from foreign powers.

NATO coalition spokesmen have been doggedly optimistic. Clark said the Taliban, who are heavily outnumbered by government forces, have failed to take new territory this year. However, Afghan troops have failed to stop insurgents from taking a heavy toll on both civilians and the police, especially the paramilitary Afghan Local Police, which have become one of the Taliban’s favorite targets.