'The Truth about Spring:' Drama and Dramamine Hayley Mills and James MacArthur walk along the beach on Spain's Costa Brava during the filming of "The Truth about Spring" in 1964. (From the S&S archives)

Hayley Mills and James MacArthur walk along the beach on Spain's Costa Brava during the filming of "The Truth about Spring" in 1964. (From the S&S archives) 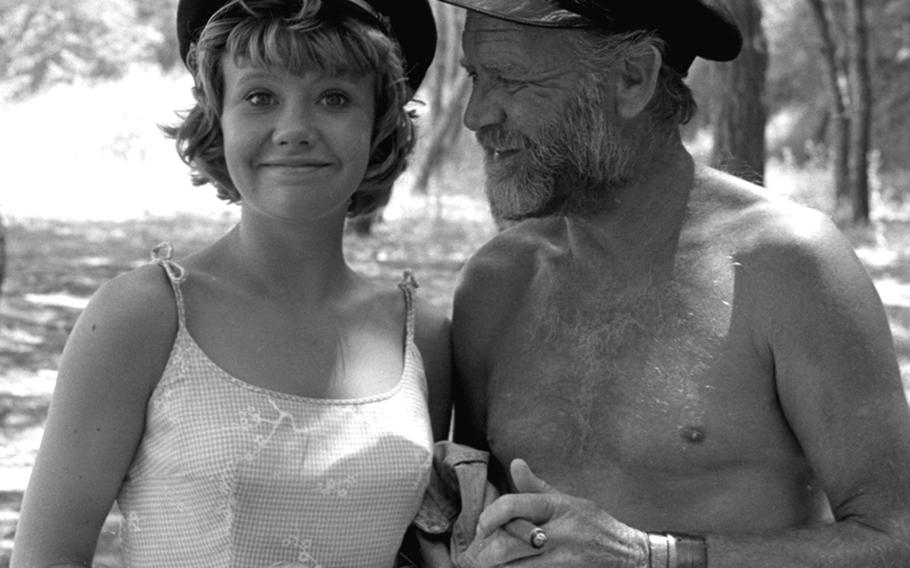 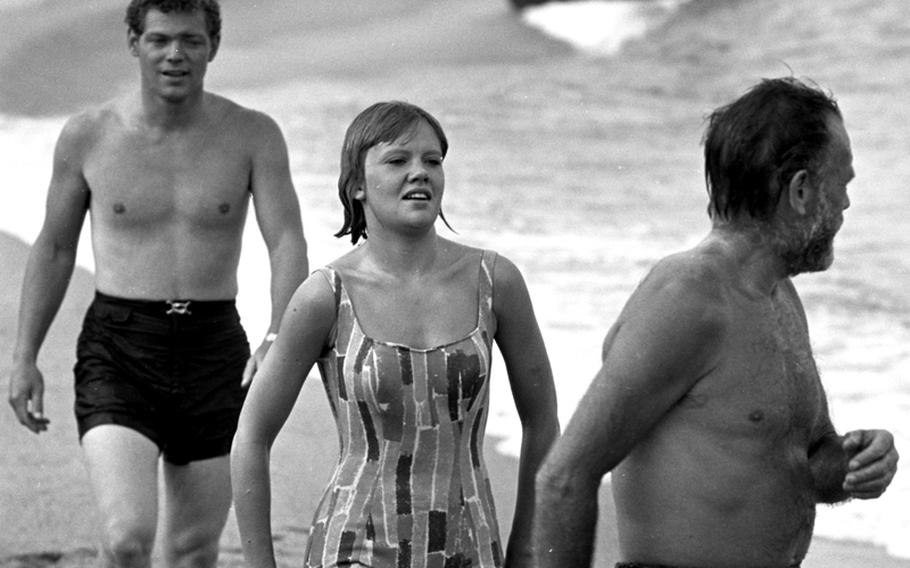 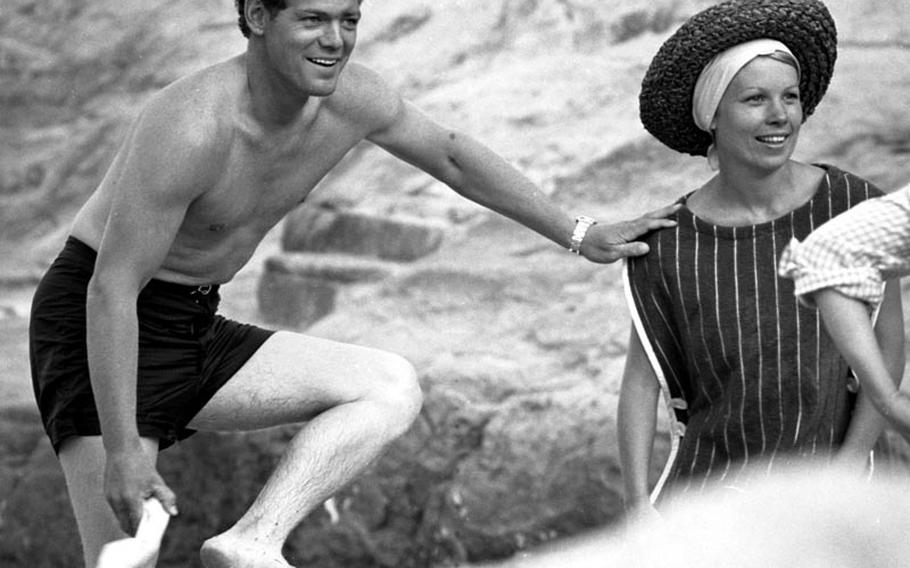 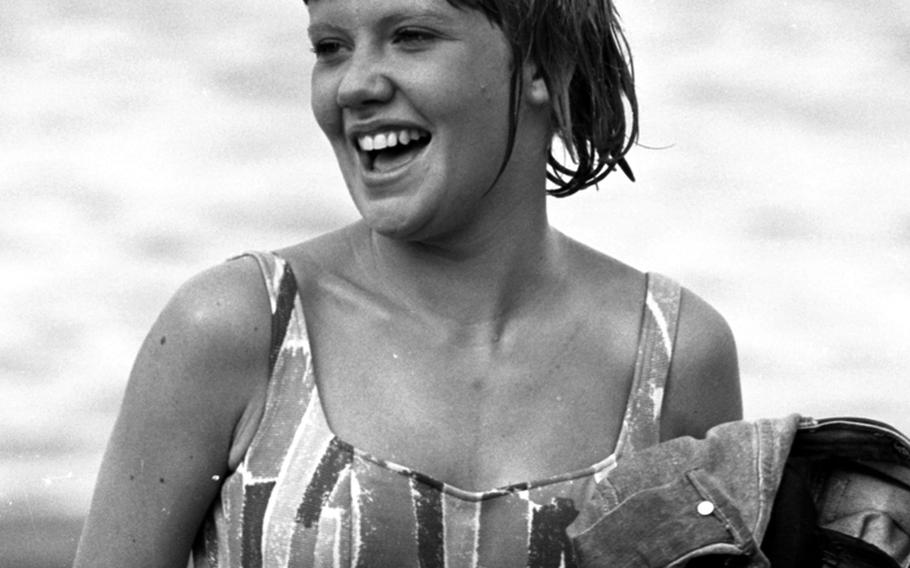 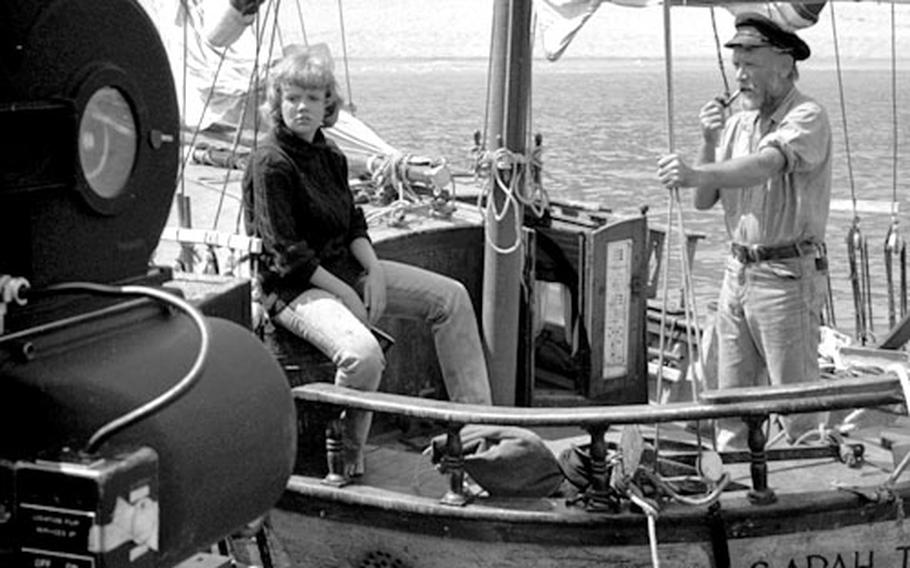 Buy Photo
Filming of "The Truth about Spring" in Spain in 1964. (Red Grandy/Stars and Stripes) 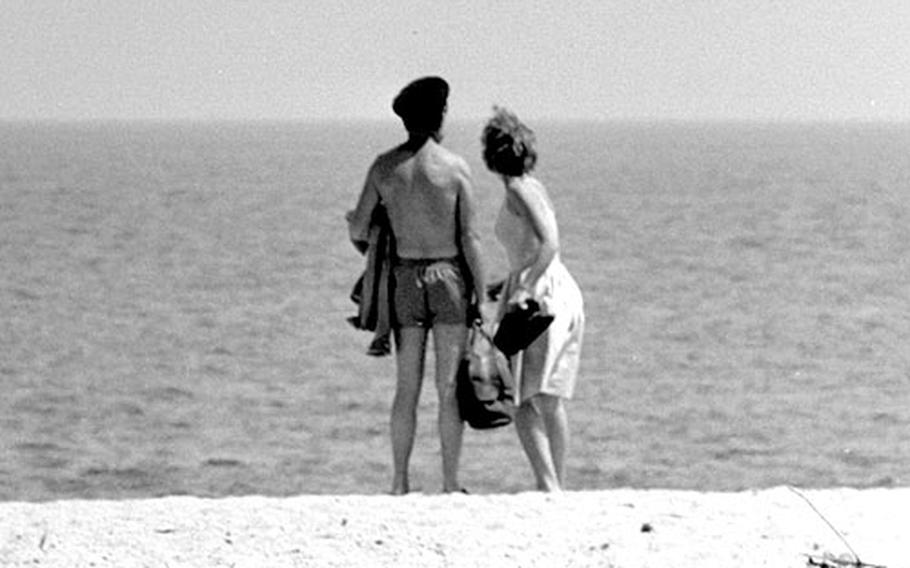 Buy Photo
A family moment for John and Hayley Mills in Spain in 1964. (Red Grandy/Stars and Stripes) 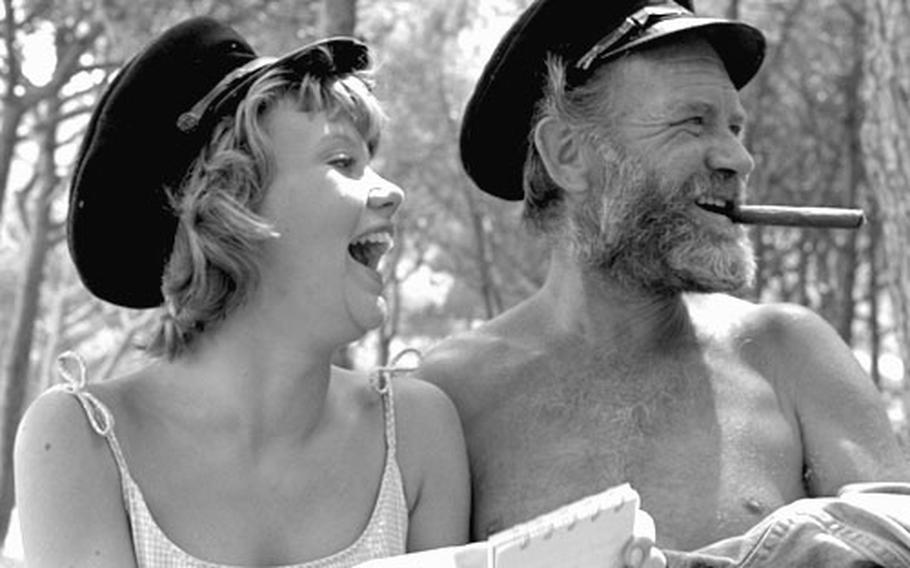 Buy Photo
Actress Hayley Mills and her father, John Mills, on the set of "The Truth about Spring" in Spain in May, 1964. (Red Grandy/Stars and Stripes) Buy Photo
Father and daughter John and Hayley Mills share a laugh with "The Truth about Spring" co-star James MacArthur, left, who knows all about acting families as the son of the legendary Helen Hayes. (Red Grandy/Stars and Stripes) Buy Photo
During a break in the filming, storytime on the beach for John Mills and his family. (Red Grandy/Stars and Stripes)

"THE TRUTH ABOUT Spring" may be the first movie that will require dramamine for the people in the audience who are susceptible to mal de mer.

At least that is the opinion of James MacArthur, who stars in the picture with Hayley Mills and her father, John Mills.

The cast and crew are spending seven weeks bouncing around on a variety of boats and barges just a short distance offshore along Spain's Costa Brava. The British technicians suffered from the sun, the Spanish technicians from Madrid got seasick and the stars longed for a good solid sound stage.

Producer Alan Brown, a reserve officer in the Navy, also had his troubles. "We bought one barge in France and rented another, but the one we bought promptly sank," he explained. As a result, the generator supplying power for the lights was riding on an old fishing boat with a hole in its side that made it look as though it had been torpedoed. Nobody dared guess what would happen if it got hit by a large wave.

Some other units of "Brown's Navy" were a little more reassuring. There was a beautiful yacht rented from Mallorca for $400 a day and a sea-going tug boat that cost $750 a day despite the fact that it was only used occasionally to tow the camera barge into position.

The picture is a light romantic comedy involving rich boy MacArthur who jumps ship from his family yacht to join "Spring" and her father on a beat-up fishing boat, sailing in the Caribbean.

The film will mark the third time the vivacious Hayley has worked in the same picture with her father, and the dividing line between artistic effort and parental control is neatly arbitrated by Mary Haley Bell, Hayley's mother, who is an actress and author in her own right.

Although one of the most promising young stars, 18-year-old Hayley continues to live with her parents and listens carefully when they speak.

While much of the footage could have been faked by sticking the boat in a tank on a sound stage, the director and producer decided to do it the hard way because "the audiences are not easy to fool these days."

Once the day's shooting is over, the cast and. crew can enjoy a pleasant swim and frolic on the beach. Hayley and her father usually swim in from the "set" each afternoon at dusk.

However, most members of the group are more than ready to get away from the sea and into a dry martini by that time.

One of the unusual features of the location is the seagoing tea break each afternoon at 4 p.m. Since it has long been established that everything must stop at tea time for the proper Britisher, arrangements were made to send out a boat with tea and cookies to hold up the tradition.