The Marines have their first female infantry officer 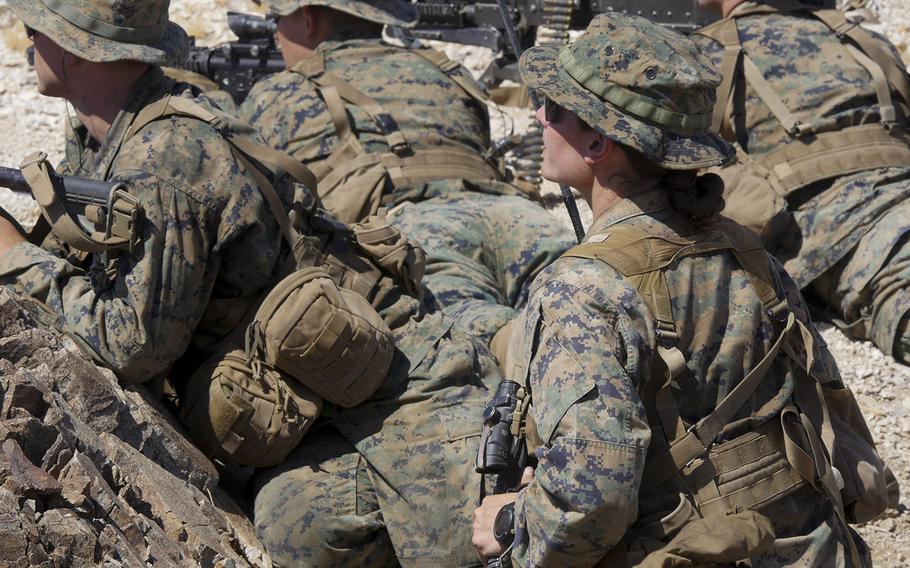 The lieutenant completed the third phase of the 13-week training program last week at the Marines’ desert training center at Twentynine Palms in California and graduated Monday alongside 87 men at Marine Corps Base Quantico in Virginia, the Marines said. The Corps did not release her name, other identifying information or make her available to the media, saying she had requested privacy.

The Corps’ top general said he was proud of the female Marine and the others who graduated from the course Monday.

“Marines expect and rightfully deserve competent and capable leaders, and these IOC graduates met every training requirement as they prepare for the next challenge of leading infantry Marines, ultimately, in combat,” Gen. Robert Neller, the commandant of the Marine Corps, said in a prepared statement.

The female infantry officer will soon report to Camp Pendleton in California where she will be assigned to 1st Marine Division, the Corps said in a statement.

Thirty-five women had previously attempted the course, but each ultimately failed. The vast majority of those women could not complete the very first exercise of training – the strenuous Combat Endurance Test that challenges Marines physically and mentally as they cover miles of terrain and obstacles carrying 80 pounds of gear for more than 14 hours.

Most of them, which included 32 Marine officers, attempted the course between 2012 and 2015 on an experimental basis as the Marines studied the possibility of opening infantry and other combat jobs to women. Their failure formed a portion of the Corps’ argument for asking Carter not to open those jobs to women, a request the former defense secretary eventually ignored.

Four women, including the Marine who graduated Monday, have attempted the course since Carter lifted the ban on women in combat jobs. As the Marines struggled to graduate a female officer into the infantry, the Army produced 38 female infantry officers from its own course, the Infantry Basic Officer Leader Course, Army officials said.

The Marines’ Infantry Officer Course has proven challenging for men and women, alike. The course has an average fail rate of about 25 percent, the Marine Corps said. Only 67 percent of the people who began the course that graduated Monday completed it.

There are not any additional female Marine officers now scheduled to attempt the course, said Maj. Amy Punzel, a spokeswoman for Marine Training and Education Command.

The Marines do have women serving in enlisted positions in the infantry. Some 200 female Marines have graduated enlisted infantry training in 2017 and several of them have reported for duty at operational units, officials said.

In a Marine video release Monday, Neller instructed his new infantry officers to be respectful of all Marines and prepare them for battle.

“Now you’re going to go out there to the operating forces and we’re going to give you responsibility for a platoon of infantry Marines and do your very best to lead them,” Neller said to the graduating class. “Be men and women of virtue and character and teach them the skills and techniques they need to locate, close with and destroy the enemy. That’s what this is all about. I’m proud of all of you.”