The little base that could 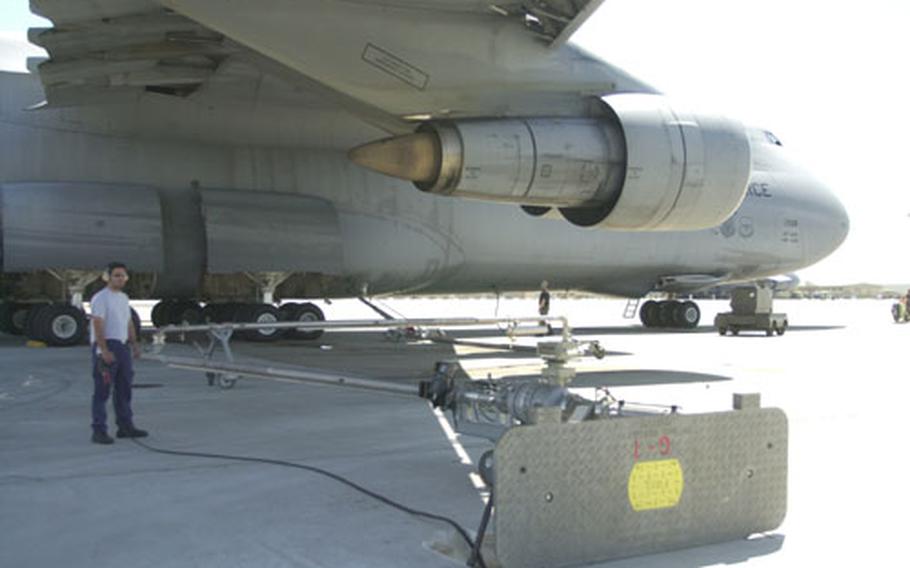 The proof is at the pump.

Since December 2002, the air base has pumped 100 million gallons of fuel into planes, most of them heading to or from the Middle East. To put that amount in perspective: If it were gasoline, a typical sport utility vehicle could travel from Boston to Los Angeles and back 300,000 times.

&#8220;It&#8217;s an accomplishment without a doubt in the world,&#8221; said Charles Shepherd, a civilian contractor who serves as the fuels manager for the base.

That amount of fuel would hardly raise an eyebrow at some major military hubs.

For example, Rhein-Main Air Base in Germany has pumped nearly 140 million gallons since January of last year, according to the U.S. Air Forces in Europe command. But at Mor&#243;n &#8212; which has a little more than 100 permanently assigned airmen &#8212; the high volume of passengers, planes and pumped fuel illustrates just how busy they have been the past year.

The base typically pumps between 10 and 15 million gallons a year. But the last 12 months have not been typical.

After the Sept. 11, 2001, terror attacks, the base emerged as an important pit stop for cargo planes and troops heading east, much like it did in 1990-91 for the Persian Gulf War.

Last month, the Air Force activated the 712th Air Base Group to serve as the host U.S. unit at Mor&#243;n. Having a colonel in charge of the base is expected to bolster the installation&#8217;s clout in Europe.

With tens of thousands of troops deployed in Afghanistan, the Horn of Africa, Kuwait and Iraq, Mor&#243;n is expected to remain busy.

That means the fuel team of more than 35 civilian contractors, active-duty Air Force personnel and reservists will keep pumping more fuel than ever.