The law of the seas 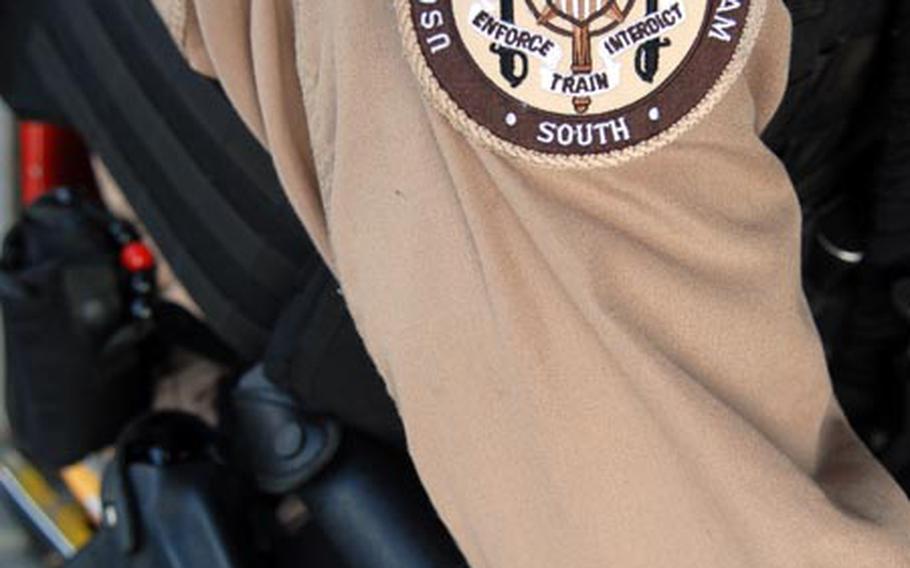 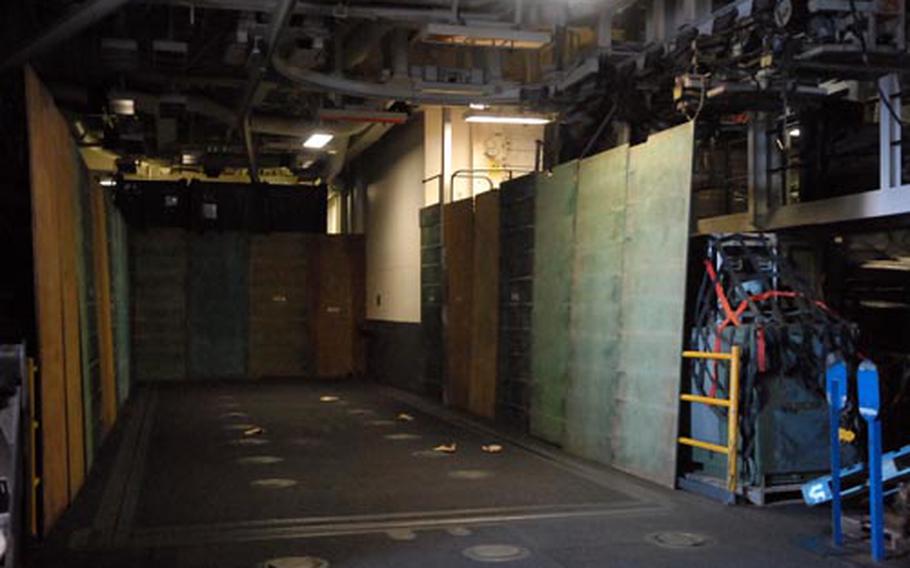 Plywood on the main vehicle deck of the USS Boxer serves as a improvised holding facility for suspected pirates. The ship has only a makeshift jail because it only holds pirates until they can be turned over to Kenyan authorities for prosecutions. (James Warden / S&S) 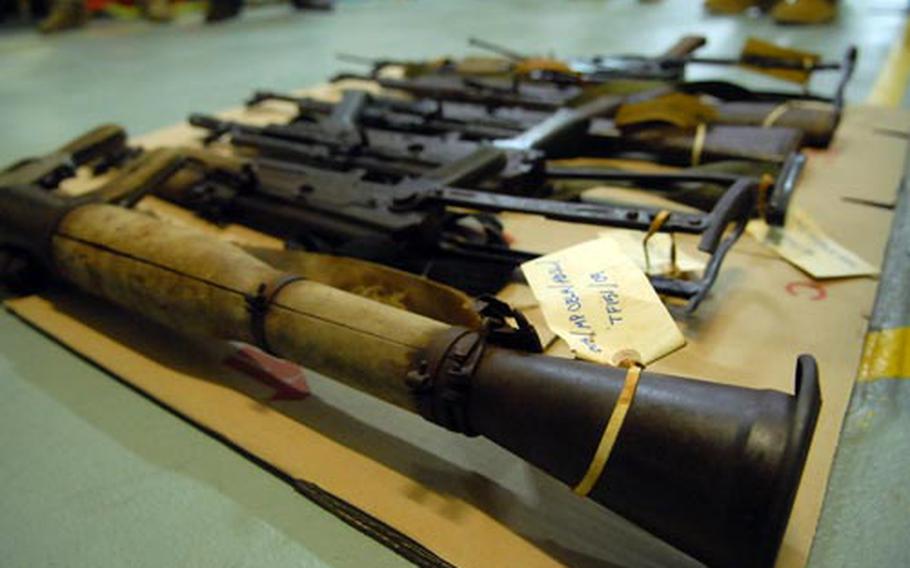 A rocket-propelled grenade launcher and AK-47s sit in the Danish warship HDMS Absalon on March 17 as evidence to be used in the prosecution of suspected pirates. Combined Task Force 151, the U.S.-led counter-piracy effort in the Gulf of Aden, focuses on criminal prosecution instead offensive operations, although each country in the task force has worked out its own way to prosecute the pirates it catches. (James Warden / S&S)

The second part of a series.

THE GULF OF ADEN &#8212; When American forces in the Gulf of Aden find a suspected pirate skiff, they don&#8217;t send in the Marines, Navy SEALs or other combat forces. The first people to confront the suspected pirates are members of a Coast Guard Law Enforcement Detachment.

That&#8217;s because the military is handling Somalia&#8217;s piracy as a criminal problem, not as a military one. Big warships notwithstanding, sailors are combating the pirates with an eye toward a successful criminal prosecution in Kenyan courts, and that requires a whole team of legal and law enforcement personnel.

"Going back centuries, piracy has always been a crime, an international crime, punishable by courts," said Navy Lt. Paul Richelmi, a lawyer on the USS Boxer.

Each country in Combined Task Force 151, the U.S.-led counter-piracy effort in the Gulf of Aden, focuses on criminal prosecution instead of offensive operations, and has worked out its own way to prosecute the pirates it catches. The American process works through the Kenyan system using Coast Guard and Navy personnel to collect the evidence.

Coast Guard Lt. j.g. Dave Ratner and the other members of the eight-person Law Enforcement Detachment 409 on USS Boxer have experience chasing drug sellers and other smugglers in the Caribbean and the Pacific. The smugglers are trying to move cargo around, while the pirates are committing violent acts. But the rest of the work is largely similar.

The team boards the boats of suspected pirates with a focus on preserving evidence. Every member of the team is subject to be called to testify in Kenyan courts and trained in how to testify and what types of evidence those courts are looking for.

The Naval Criminal Investigative Service takes over once the Coast Guardsmen have the skiff secured. They gather evidence in much the same way as a stateside investigator would. Each piece of evidence gets logged, secured and tracked from the time the investigators get it until the time they hand it over to Kenyan authorities. For added weight, someone videotapes the ship&#8217;s entire encounter with the pirates. After they return to the ship, the investigators then write up a report of everything they find and turn it over with the evidence to the Kenyan authorities.

Said Richelmi: "For us, the trick is collecting the evidence and attributing it to each individual pirate and handing it over to Kenya."

The pirates are taken back to the USS Boxer if the task force commander determines that there&#8217;s enough evidence to detain them. The Americans don&#8217;t interrogate the suspects because the Kenyans only accept confessions done in front of Kenyan magistrates, Richelmi said. They don&#8217;t even try to uncover the piracy networks as intelligence officers in Iraq do with insurgent cells.

Instead, the ship acts more like a county jail, said Petty Officer 1st Class Steven Lester, a master of arms on the USS Boxer. Sailors simply get basic personal information from the pirates, such as their name or the language they speak, and check them over for any injuries or diseases, which are taken care of on the ship if found.

The pirates are then given clean clothes and confined in an empty space on the main vehicle deck that serves as a makeshift jail, Lester said, adding that leaders didn&#8217;t want to use the ship&#8217;s brig for the pirates. The masters of arms have ringed plywood around the space, the width of a two-car garage and twice as long. The task force then hands the suspects to Kenyan authorities for prosecution at the first opportunity.

PATROLLING: Some countries not in the task force have their navies escort convoys of ships from their own countries. This provides extra protection, but it also slows traffic and limits the area that the navy ships can cover. It could also make the governments liable for any ships that the pirates successfully capture. Instead, the CTF 151 ships spend their days patrolling a specific area.

DISTRESS CALL: The vessel under attack calls nearby navy ships over bridge-to-bridge radio. The military advises the ship under attack to take evasive maneuvers and warns them not to stop.

AERIAL VIEW: The navy ship launches helicopters if it doesn&#8217;t already have them in the air. Because of their speed, the aircraft arrive on scene first and begin identifying the pirate skiffs by looking at the contents of the boats. Video records the entire encounter.

SMALL BOATS: A boarding party, whose composition varies depending on which ship they came from, is launched in small "rigid-hulled inflatable boats." A sniper in one of the helicopters often provides additional cover.

CALL OUT: As the boarding party approaches, an interpreter asks the pirates over a loud speaker to put their hands in the air. The pirates almost always comply.

BOARDING: In the case of the United States, a Coast Guard Law Enforcement Detachment team does the initial boarding. They first secure the skiff and those on board to make sure it&#8217;s not a threat. They then make sure it&#8217;s seaworthy. They then search the skiff and radio back what they find. If there&#8217;s sufficient evidence, they will detain the pirates.