The Gospel according to Homer. Mmm ... gospel. 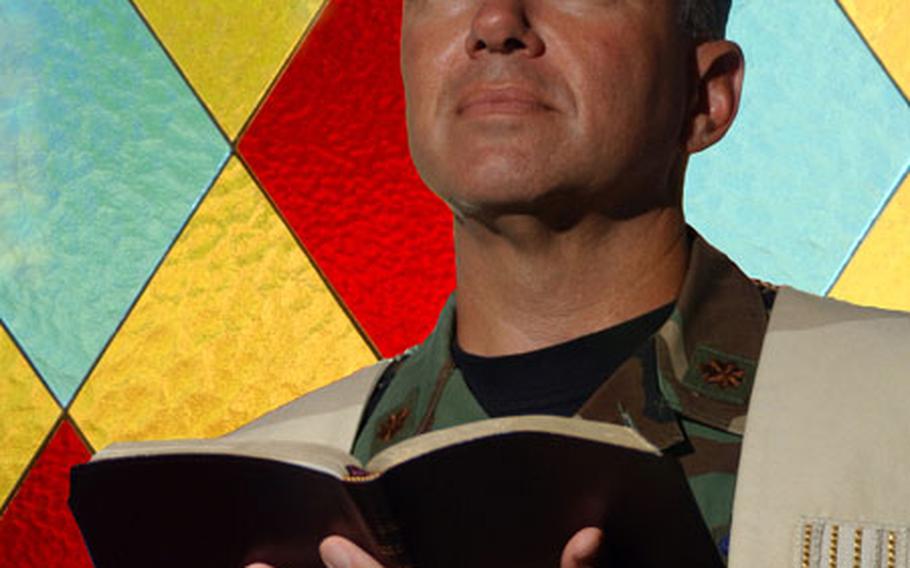 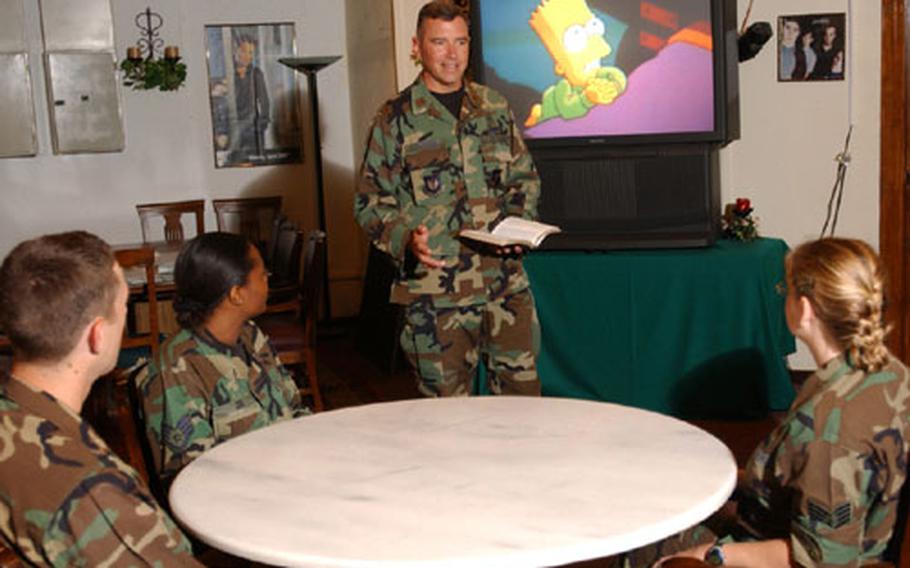 Chaplain (Maj.) Steve Schaick, 39th Air Base Group senior protestant chaplain, leads a recent Bible study based on "The Simpsons" at the Crossroads Cafe at Incirlik Air Base, Turkey. (Courtesy of USAF)

The book according to Bart may not be in the Bible; however, Maj. Steve Schaick can explain the relevance of &#8220;The Simpsons&#8221; television show to the Bible.

With a little help from the long-running sitcom, the 39th Air Base Group&#8217;s senior Protestant chaplain has developed a popular approach to studying the Bible at Incirlik Air Base, Turkey.

Two years ago while stationed at the U.S. Air Force Academy in Colorado Springs, Colo., Schaick noticed a massive number of cadets going to the dining hall for carryout dinners at the same time each evening.

That started the chaplain wondering how he could integrate the show into lessons on moral and ethical leadership.

Schaick later introduced his &#8220;Blessed Are &#8216;The Simpsons&#8217;&#8221; Bible study at the Air Force Academy, which brought in droves of curious cadets. Those numbers have continued for Schaick at Incirlik. In January and February, he offered the seven-week study to about 30-40 airmen and their family members.

&#8220;It went very well. I was really surprised,&#8221; Schaick said. &#8220;I was expecting the idea to attract mostly young airmen and maybe a few high school kids or something, but I basically got folks from the whole spectrum.&#8221;

His innovative approach to teaching the Bible also earned him an award from the National Bible Association recently.

When &#8220;The Simpsons&#8221; first aired on television, Schaick disliked the show&#8217;s irreverent nature and thought it was keeping young people away from church.

In the episode, Bart and his friend, Milhouse, are doing remedial chores in the church. While cleaning the church&#8217;s pipe organ, Bart discusses with Milhouse the worthlessness of souls. Milhouse offers to buy Bart&#39;s soul for five dollars.

Bart takes Milhouse up on the offer and &#8220;immediately Bart&#8217;s [his] life begins to fall apart, and not even his dog wants anything to do with him anymore,&#8221; Schaick explained.

Although &#8220;Simpsons&#8221; creator Matt Groening does not claim to use the show as a means for teaching Christian morals, Schaick said such pop culture shows provide good channels for religious discussion.