The changing fortunes of the Mahmund 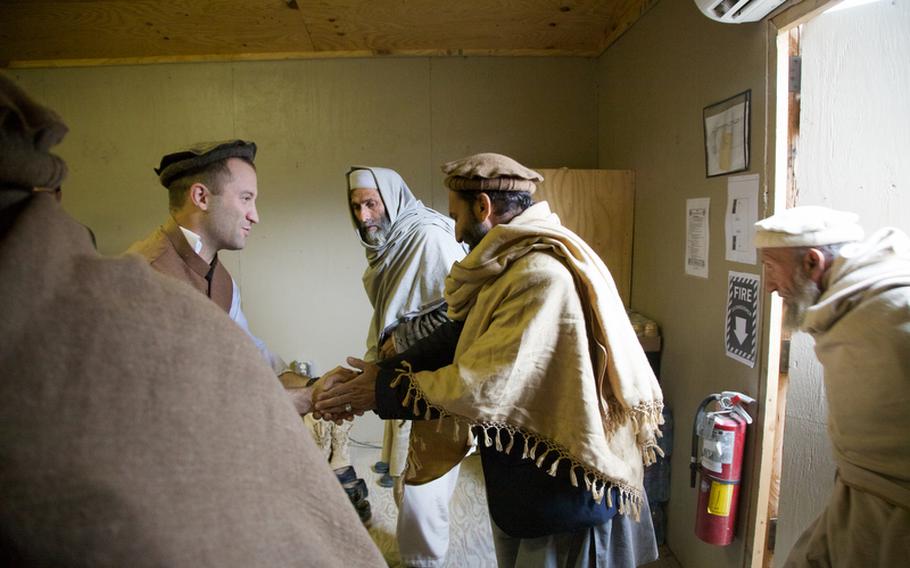 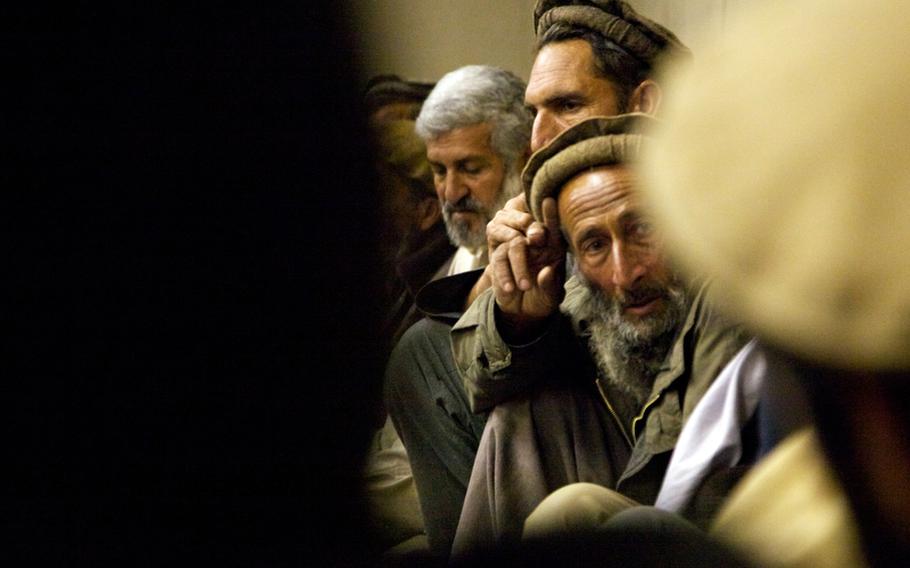 Buy Photo
Mahmund elders speak among themselves during a meeting between the tribe's elders, coalition troops and Afghan officials. (Matt Millham/Stars and Stripes)

KUNAR RIVER VALLEY, Afghanistan &mdash; The Mahmund pine for the old days, when the Afghan government paid the tribe a salary and lavished its elders with grand homes in Jalalabad.

These days, &ldquo;everybody ignores them, and there is nobody to take care of them,&rdquo; said Mohammed Ziar, the district subgovernor for Kunar&rsquo;s Shegal district.

The Mahmund&rsquo;s territory straddles the northeastern reaches of Afghanistan&rsquo;s Kunar province and Pakistan&rsquo;s Federally Administered Tribal Areas, a remote, lawless region that serves as an open door and a sanctuary for militants fighting in the Afghan east.

The tribe has made clear that it won&rsquo;t help curb the insurgency in the country&rsquo;s east without inducements. They are demanding roads, schools and health clinics &mdash; and the jobs that go along with building them &mdash; in return for their cooperation with the Afghan government and coalition forces.

Similar tactics worked for the tribe in the past, according to a coalition officer brokering talks between the Mahmund and the Afghan government. Mohammad Zahir Shah, Afghanistan&rsquo;s last king, deposed in 1973, gave the tribe homes and salaries to keep them from pillaging and fomenting unrest in the east.

&ldquo;The way they frame it, it&rsquo;s not a matter of bribing them, it&rsquo;s a matter of that&rsquo;s how much they were respected,&rdquo; said Capt. Michael Kolton, commander of Company B, 2nd Battalion, 27th Infantry Regiment, whose unit operated in the Kunar River Valley for a year before redeploying two weeks ago. The reality, though, is that the Mahmund &ldquo;were a bunch of frickin&rsquo; bandits and fierce, fierce warriors, and (the king was) buying them off.&rdquo;

Kolton wasn&rsquo;t about to pay them off, but was looking to broker a deal between the Mahmund and the Afghan government that would have the tribe enroll about half its fighters in the country&rsquo;s peace program in return for development aid.

As many as 300 Mahmund men in Kunar&rsquo;s Shegal and Dangam districts have taken up arms for the insurgency, Kolton said, but he believes their alliance with the militants, the bulk of whom are foreign fighters, is more a matter of convenience than ideology.

&ldquo;To save themselves their honor and their dignity, they&rsquo;ll say these (militants) are our guests, they had to show them hospitality. They use all kinds of excuses to save face,&rdquo; he said. &ldquo;But deep inside, they don&rsquo;t want these people there. They don&rsquo;t support what they&rsquo;re doing.&rdquo;

At the same time, &ldquo;they really don&rsquo;t have any real reason to go out of their way to support the Afghan government,&rdquo; he said. &ldquo;They get nothing&rdquo; in terms of security or development from it.

The Mahmund have hinted they&rsquo;ll take the deal Kolton pitched them, to enroll 150 fighters in Afghanistan&rsquo;s peace and reintegration in return for a road or a medical clinic.

Haji Khan Jan, another of the tribe&rsquo;s elders who was at the February meeting, suggested there might be an easier way for the Americans to bring peace to Kunar.

Smiling as he spoke through an interpreter, he told Kolton, &ldquo;We are not going to shoot you in the future if you buy one car for each elder and start some projects for the youth.&rdquo;