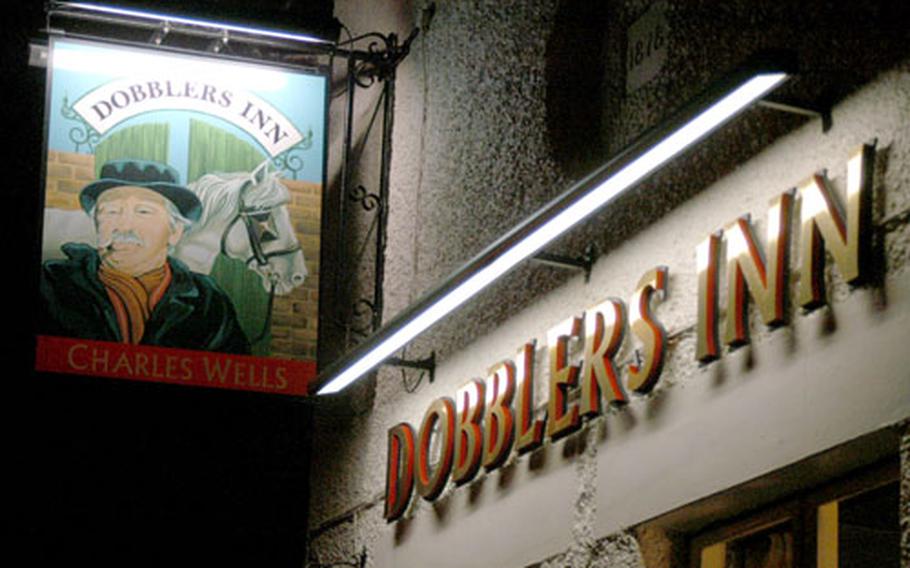 CAMBRIDGE &#8212; 1. Name three countries that have coastlines on both the Atlantic Ocean and the Mediterranean Sea. 2. What is unique about the breed of dog called the Basenji? 3. What English author born in the 1800s wrote the definitive &#8220;The Formation of Vegetable Mold Through the Action of Worms&#8221;?

Think you can answer questions like this without the aid of Google or phoning a friend? More importantly, could you do it with a pint of lager in your hand?

For those who like to give their brain cells a workout while simultaneously killing them off with alcohol, a British quiz night in a local pub can be a marvelous way to spend a midweek evening. But if the first question you need help with is, &#8216;Which pub should I choose?&#8217; then here&#8217;s a clue: Try Dobblers Inn.

A friendly, L-shaped pub hidden in the tangled back alleys of Cambridge and filled with enough smoke to make your eyes water, Dobblers boasts one of the most jam-packed quiz nights in the city on Tuesdays, a weekly contest of the minds in a city overstocked with intelligence.

Though its popularity is likely due in part to its proximity to a residential area of Cambridge, Dobblers quiz night also is a well-attended event because of the difficult-but-not-impossible nature of the questions (those above are from the Jan. 31 quiz).

Designed to cover a number of different subjects to make sure no one group has a chance to dominate too heavily (i.e., no quizzes based exclusively on nuclear physics), quiz topics also are often chosen to relate to current events, according to Emma, the question chooser.

In the close confines of Dobblers, the tip-of-your-tongue guessing can make almost any team feel like it has a shot of winning. The prevalence of questions relating to little-known English celebrities or television shows is mercifully low (though it does pay to have a local on your team), and it doesn&#8217;t stray into the logic puzzles that are part of another popular quiz in Cambridge, at the cranial drill press called The Bun Shop.

At that pub, across town from Dobblers Inn and whose quiz is run on Wednesdays, participants will find questions requiring the kind of cerebral aptitude that made Einstein&#8217;s hair look like that.

Indecipherable number sequences, word associations and logic puzzles are mixed in with trivia and general-knowledge questions that originate from all over the map, making for a mental test that would cause a Mensa member to turn to booze.

Or, if you like anagrams, what animal can be named using these letters: evil nower?

At The Bun Shop, the quiz master doesn&#8217;t even call out questions like those, as in a traditional quiz, but rather opts to leave them with teams to drive them insane while he asks about the capital of Bolivia or Renaissance painters.

In either pub, to enter the quizzes all a group has to do is ante up 1 pound per person to go toward the winners&#8217; purse, adopt a team name and bring a pen.

Drinks: A Charles Wells pub, with that brewery&#8217;s IPA and ESB, plus Bombardier and Red Stripe, among regular stout and lager offerings.

Ambience: Airy but smoky. High ceilings and plenty of small tables for quiz groups on one side; game room with sports on TV on the other; pool room in back.

Service: Good as any.

Food: Everything from breakfast to dinner, with several vegetarian options. Plus, quiz participants sometimes get free plate of chips to help them think.

Drinks: Independent, so it has Youngs, Adnams, Greene King IPA and Spitfire, for ales, plus the regular others.

Ambience: Wooden. Tables and chairs spread throughout the oddly horizontal layout (no couches or carpet here). The dining side is expansive.