‘That looks like a bad day’: Vietnam veteran chronicles C-130 crew’s courage over An Loc 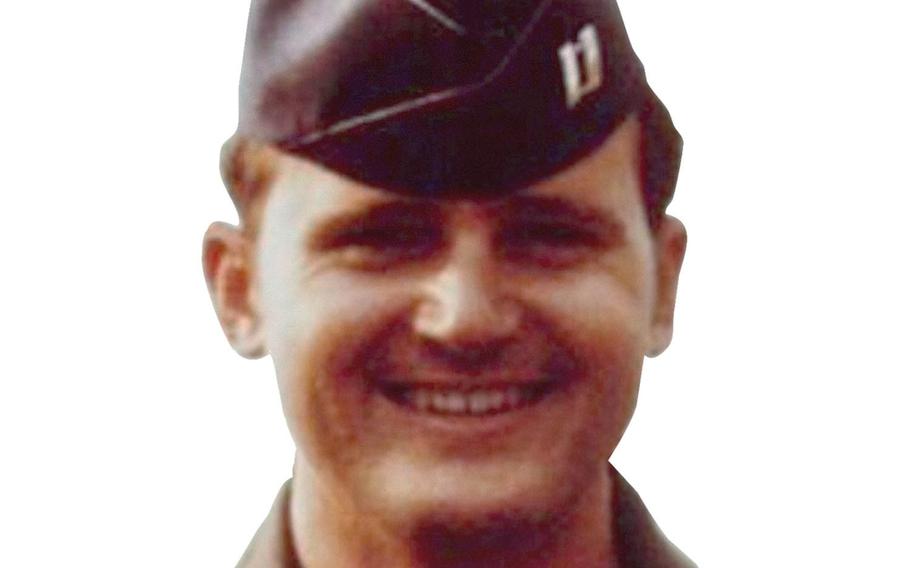 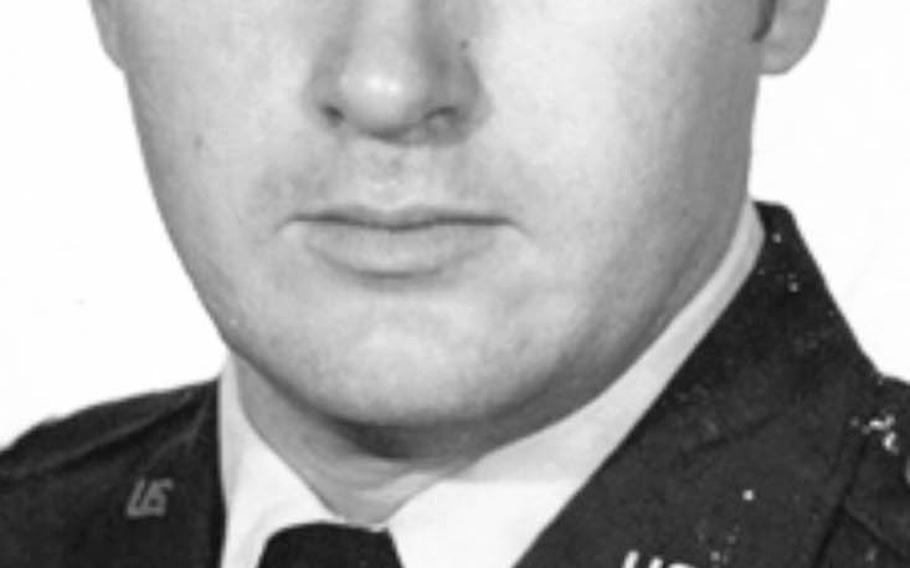 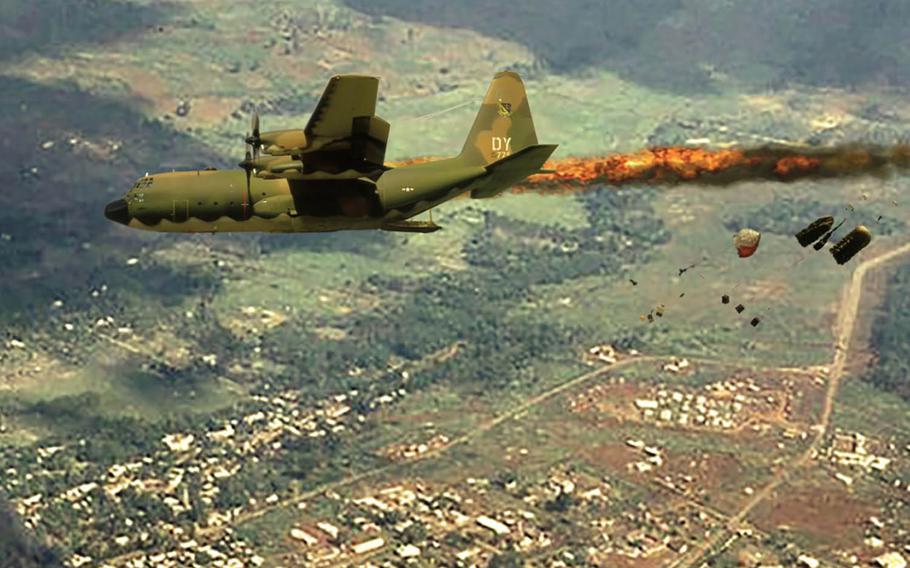 Don Jensen commissioned this painting of the C-130 he piloted going down in flames over An Loc, South Vietnam on April 18, 1972. (Courtesy Don Jensen) 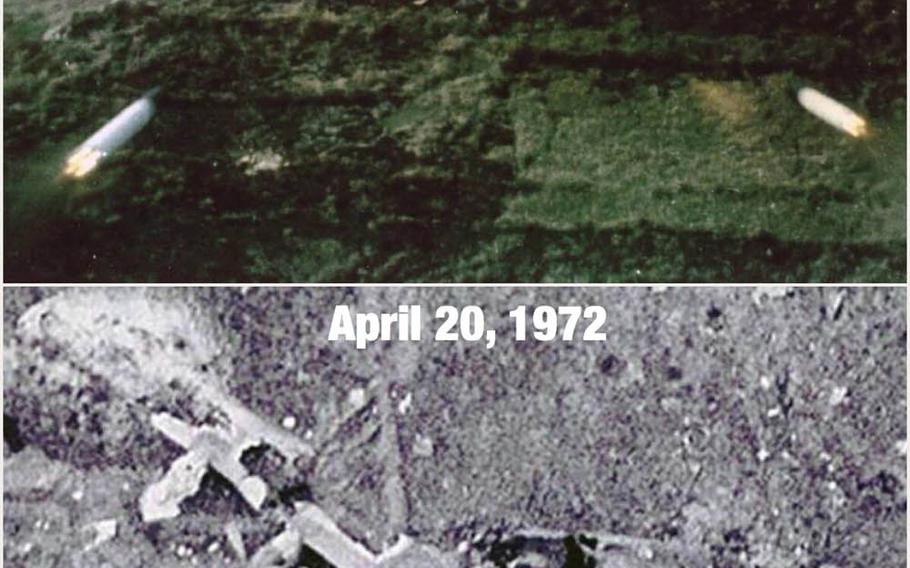 Aerial photographs show what was left of an Air Force C-130 cargo plane that was shot down over An Loc, South Vietnam on April 18, 1972. (Courtesy Don Jensen)

Nearly a half-century later, the plane’s pilot, Don Jensen, is living in Las Vegas and writing a book that details his most exciting mission as a member of the Air Force’s 374th Tactical Airlift Wing during the Vietnam War. Some of his former comrades want the Air Force to upgrade the Silver Star he received for his courage that day.

The Battle of An Loc, which raged from April to July 1972, was one of the toughest of the war and involved three North Vietnamese divisions equipped with tanks and artillery besieging a much smaller South Vietnamese force and its U.S. advisers.

U.S. Air Force strikes and resupply missions were vital to the allies’ success in the battle.

Jensen’s plane ran into trouble while carrying ammunition from Tan Son Nhut Air Base to the forces pinned down at An Loc.

“During the pullup just prior to dropping our cargo, we started taking ground fire and our right wing caught fire,” the captain, then 28, told Stars and Stripes after the crash.

Years later, Jensen — who did back-to-back 15-month tours in Vietnam from 1970 to 1973 and flew for American Airlines after the war — commissioned a painting of his plane going down in flames.

“The ground-fire intensity we encountered — approaching and departing — the An Loc area was incredible,” he wrote in a description of the artwork.

With the aircraft ablaze, Jensen’s crew jettisoned 30,000 pounds of Class A explosives.

“We were fighting an in-flight fire, engine fire warnings, physical loss of flight control surfaces, electrical, hydraulic and pneumatic failures,” he told Stars and Stripes in a recent phone interview.

“I turned to my pilot and said: ‘That looks like a bad day,’ and we picked up the chase. We knew they weren’t going to make it to any landing field,” Frank, who retired as a lieutenant colonel, said in a June 18 interview.

Somehow the young pilot steered the stricken aircraft toward a patch of relatively open ground.

The 1972 Stars and Stripes article said “the burning C-130 plowed through the marsh. Landing gear, parts of the wings, nose and tail section flew in all directions. The big plane burrowed into the marsh, spun around, broke in two and whooshed up a whirlwind of debris and flames.”

One of the Cobra pilots who chased the crippled aircraft said, “There’s no way anybody is going to come out of there alive,” according to the report.

When the plane plowed into the ground, spinning on a burned-out tire, Frank thought the crew couldn’t have survived, he said.

As the helicopters approached, he saw Jensen exit the aircraft with two other airmen.

All seven of the crew had survived with the worst injury suffered by a loadmaster who had been shot by a small-arms round that broke his elbow, according to the 1972 Stars and Stripes article.

As the survivors clambered aboard the Huey, North Vietnamese troops started shooting at them. “We crashed right in the middle of a buildup” of the North Vietnamese Army, Jensen said. “We were 30 to 50 feet from being captured, but the Cobras put on quite a show before the Hueys picked us up.”

Five survivors evacuated to a forward arming and refueling point on Frank’s Huey, and two more escaped on another helicopter that took them to a field hospital, Frank said.

The Army honored Jensen and the soldiers who rescued the C-130 crew with Silver Star medals last year.

The 374th’s commander in Vietnam, Andrew Iosue, who rose to the rank of four-star general, has been trying to get Jensen’s award upgraded to an Air Force Cross or Medal of Honor, Jensen said.

With help from Iosue and the Department of Veterans Affairs, Jensen has written to various politicians, including Sen. John McCain, R-Ariz., telling them his story and seeking support for the award upgrade.

“When you read what actually happened on the plane, he saved the crew by what he did, and I don’t think he really got recognized for it,” said retired Air Force captain Tom Everman, who flew as an enlisted airman with Jensen in Vietnam but wasn’t on the flight that went down.

Two weeks after the crash, the pair were in the air over the battlefield in a new aircraft, Everman said.

“Every plane that flew over An Loc came back with bullet holes in it,” he said.

Stars and Stripes’ reports on the battle said several other aircraft had been shot down.

“On the other planes that went down, everybody was killed in action,” Everman said.