THAAD to be deployed in mountainous area southeast of Seoul 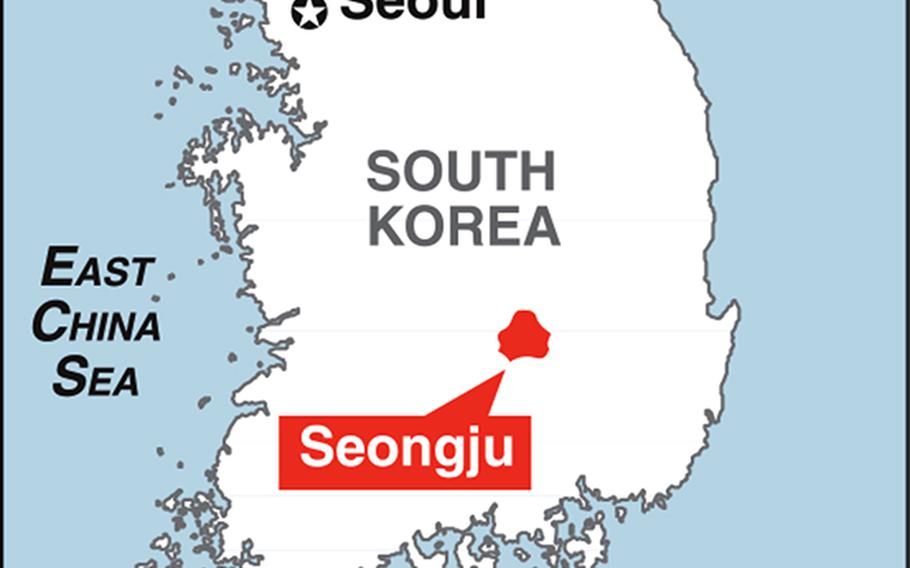 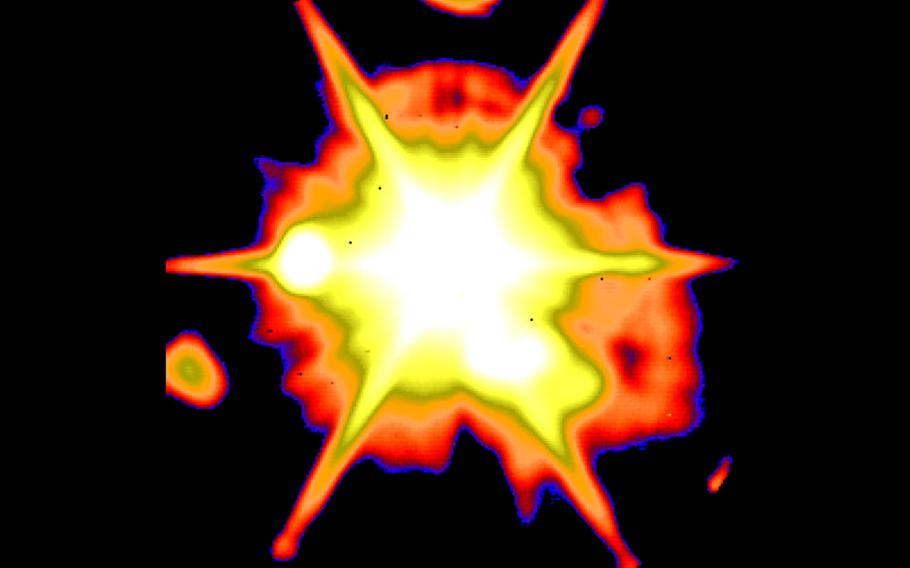 Infrared imagery of an intercept of a short-range ballistic missile targeted by a Terminal High-Altitude Area Defense, or THAAD, interceptor, during a test conducted in November. The advanced missile defense system will be deployed on the Korean peninsula. (Ben Listerman/Missile Defense Agency) 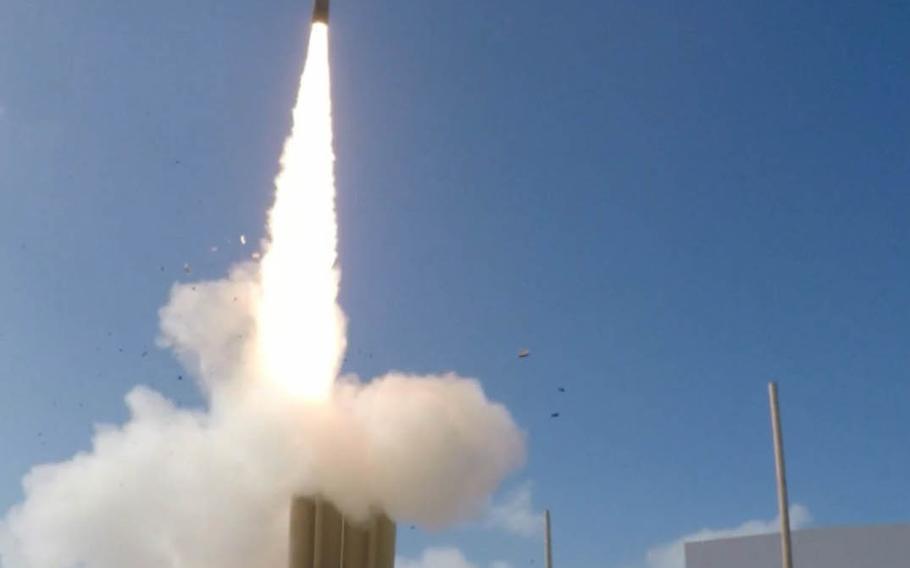 SEOUL, South Korea — South Korea and the United States have selected a remote, mountainous area southeast of Seoul as the location for an advanced U.S. missile defense system, a spokesman said Wednesday, stressing the need to guard against a growing threat from the North.

The Ministry of National Defense said it chose the rural county of Seongju to “more firmly protect one-half to two-thirds” of the country’s population as well as nuclear power plants, oil storage facilities and other infrastructure.

Last week’s decision to deploy the Terminal High-Altitude Area Defense system, known as THAAD, on the divided peninsula has angered Pyongyang and China. It also has become a political issue in the South amid fears the system will harm the economy, the environment and nearby residents’ health.

Washington and Seoul announced the agreement on Friday but said a joint working group was still deciding where THAAD would be stationed. Talks on the issue began in February after North Korea staged its fourth nuclear test, followed by the launch of a long-range rocket.

“The increased North Korean nuclear and missile threat is an issue directly related to the survival of the nation and our people,” Yoo Jeh-Seung, the ministry’s deputy minister for policy, told reporters.

He added that the site, about 170 miles southeast of Seoul, was chosen based on comparative studies, on-site inspections and simulations in a bid to maximize military effectiveness while ensuring the safety of the local population.

That was a nod to growing anger among South Koreans worried the system will have negative effects.

Even before the official announcement, thousands of people took to the streets in Seongju, a town of some 45,000 people that is well-known for the Asian melons grown in the area. Protesters demanded that the system not be placed in their community and burned an effigy of a North Korean Musudan rocket. Local leaders wrote letters of complaint in blood.

The chosen area is home to a South Korean air defense artillery unit at the village of Seongsan, which has an elevation of 1,312 feet and is nearly a mile from Seongju, said the South’s Yonhap news agency.

Analysts said the choice was strategic because it would provide protection for key South Korean and U.S. bases, including Camp Humphreys, which is the site of the future new headquarters for U.S. Forces Korea after the Army shifts its operations away from the capital, Seoul.

“It’s the southern limit,” said Yang Uk, a senior research fellow at the Korea Defense and Security Forum. “If you go farther south … the big bases won’t be covered by THAAD.”

About 28,500 U.S. servicemembers are stationed in South Korea, which remains technically at war with the North after the 1950-53 conflict ended with an armistice instead of a peace treaty.

The area also is out of reach of North Korea’s long-range, multiple-launch rocket systems.

THAAD is designed to defend against short- and medium-range ballistic missiles by intercepting them high in the atmosphere, or above it. The United States already has a THAAD system in Guam.

Yoo acknowledged that the Seongju location would not give it the reach to protect Seoul but said the military plans to increase the deployment of its own Patriot missile interceptors in the capital area, Yonhap reported.

South Korean media also reported the choice was made to place the system as far as possible from China, which objects to the THAAD deployment because it fears the U.S. could use the system’s radar to track its own military moves.

South Korean and U.S. officials have insisted the system will be used only for defense against North Korea. Despite a new round of tough U.N. sanctions, North Korea has defiantly conducted several missile tests in recent months.

North Korea threatened earlier this week to retaliate for THAAD with a “physical counter-action … from the moment its location and place have been confirmed in South Korea.”

Pyongyang also said it will close the only communication channel it has with the U.S. via its United Nations office to protest new sanctions that were slapped on leader Kim Jong Un last week.