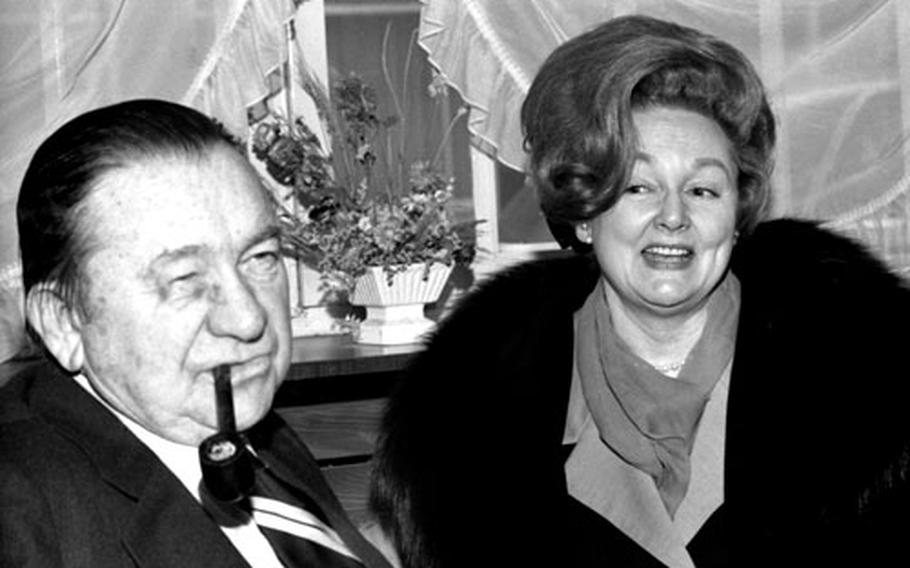 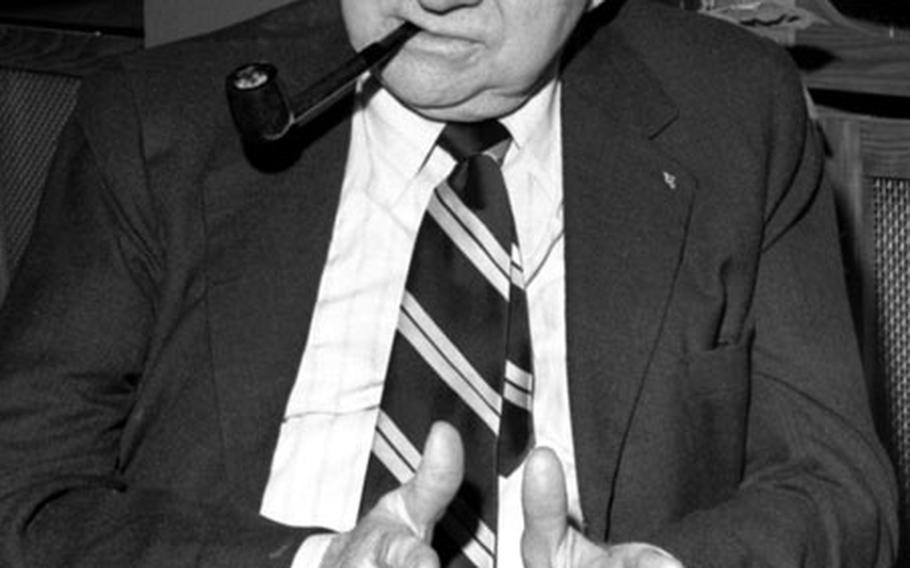 WIESBADEN, Germany &mdash; Tex Ritter is in Europe, riding the range of U.S. military bases and roping them in at the clubs.

Riding herd with the burly balladeer during his two-week tour are his musical sidemen, the Boll Weevils, and his vivacious wife, Dorothy Fay, a former movie actress.

The popular singing cowboy star, whose 85 Hollywood Westerns are now mostly relegated to television's late, late shows, was dry-gulched last summer at the polls in his single bid for political office.

A year ago, Tex interrupted his personal appearance tours and weekly guest shots on the "Grand Ole Opry" to toss his 10-gallon hat into the Tennessee political arena. His plan was to corral the Republican nomination and to outgun the incumbent Sen. Albert Gore, a Democrat, in the November elections.

However, veteran Congressman William Brock III and "his candy millions" cut Tex off at the primary pass to win the Republican nod. Brock later defeated Gore to win the U.S. Senate seat.

Tex, who said he only entered the race to offer voters a choice, confided that, at 64, he has no further political ambitions.

Meanwhile, the Ritter troupe has just completed a tour of the Far East, including South Vietnam.

When asked if he would have made his annual visit to the military bases if elected to the Senate, Tex drawled, "Win, lose or draw, I would have fulfilled my commitment to entertain the boys in the Far East."

The talented Texan's career has spanned nearly 40 years, during which he has been successful in nearly all phases of show business.

Tex said his biggest thrill was being voted by his peers to the Country Music Hall of Fame in 1964. But the singer's style of music is actually more "cowboy" than "country."

His hit records usually reflect stories of the Old West, such as "B a d Brahma Bull," "Rye Whiskey" and "Blood on the Saddle." Occasionally, he sings about the problems of life and lost love.

The full bass voice has produced such hit ballads as "The Wayward Wind," "Deck of Cards," "Take Him Fishin' " and "The Men in My Little Girl's Life."

Tex has recorded with Capitol Records for 30 years. He also introduced the title tune in the movie "High Noon," which won the 1952 Academy Award as that year's best film song.

A little-known part of Tex's life was his early career on Broadway, where he acted in "Mother Lode," "The Round-Up," and, most notably, "Green Grow The Lilacs" with Franchot Tone.

Tex also recorded the title song from that play &mdash; "my best selling record." In New York, he was discovered by movie scouts, who signed him "to compete with Buck Jones, Gene Autry and John Wayne."

Tom, a political science major and recent graduate of the University of California, plans a law career.

John, in his last semester at the University of Southern California, .is pursuing an acting career. He is appearing nightly in a Los Angeles revue based on cartoonist Jules Pfeiffer's works. He also will appear in two forthcoming Disney movies, "The Rating Game" and "Scandalous John."