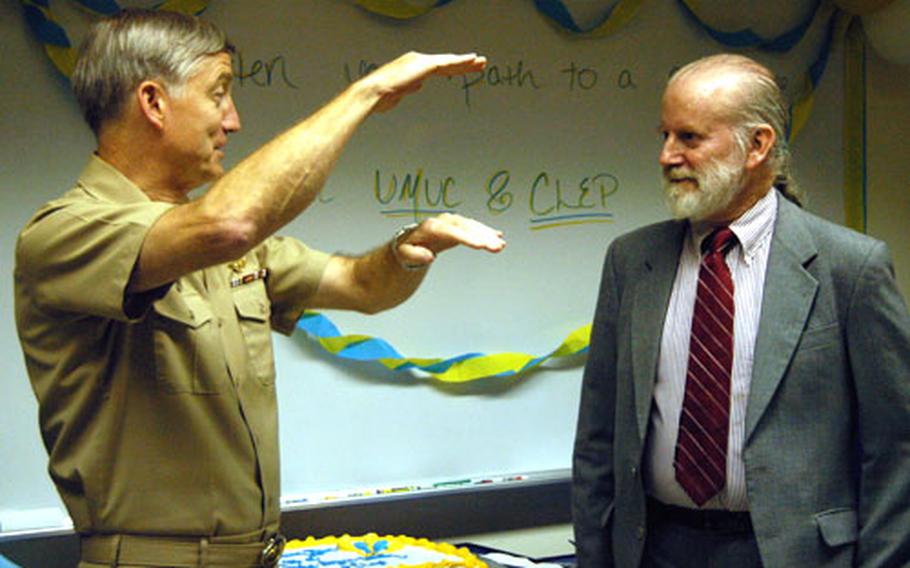 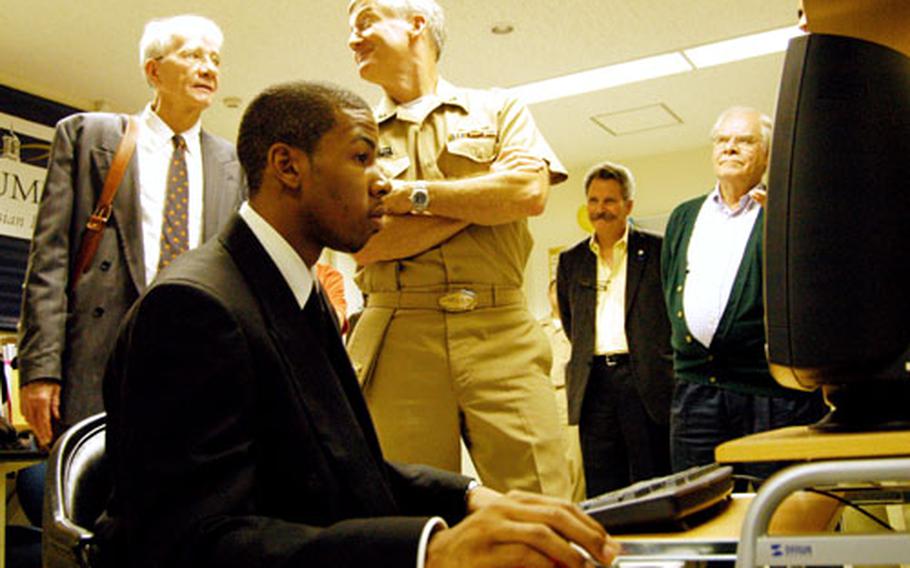 CLEP gives prospective college students the opportunity to earn up to 12 college credits by demonstrating their knowledge on a test instead of taking &#8212; and paying for &#8212; the actual course.

Bases on Okinawa and in South Korea soon will follow, with four to six locations opening by January, Brewer said.

Computer-based CLEP-ing disposes of the two- to three-month waiting time for scores. A printout shows scores at the end of the 90-minute testing period, Brewer said.

Immediate results also can benefit people who fail the CLEP because the mandatory six-month waiting period before the test can be retaken starts that day, said UMUC academic adviser Eldon Johnson.

And online CLEP tests are cheaper for both the student and the Navy, Johnson said.

DOD civilians, including dependents, must pay $60 plus a $20 administrative fee &#8212; a total price half of what it used to be with the paper version, Johnson said.

Subjects for which CLEP tests are available:

Source: The College Board