Tempura party offers Americans a taste of the wild 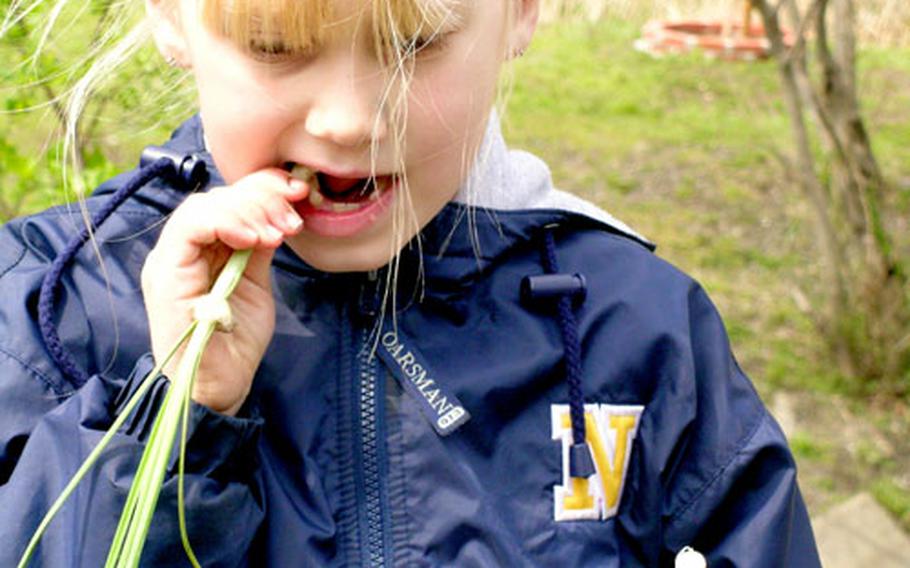 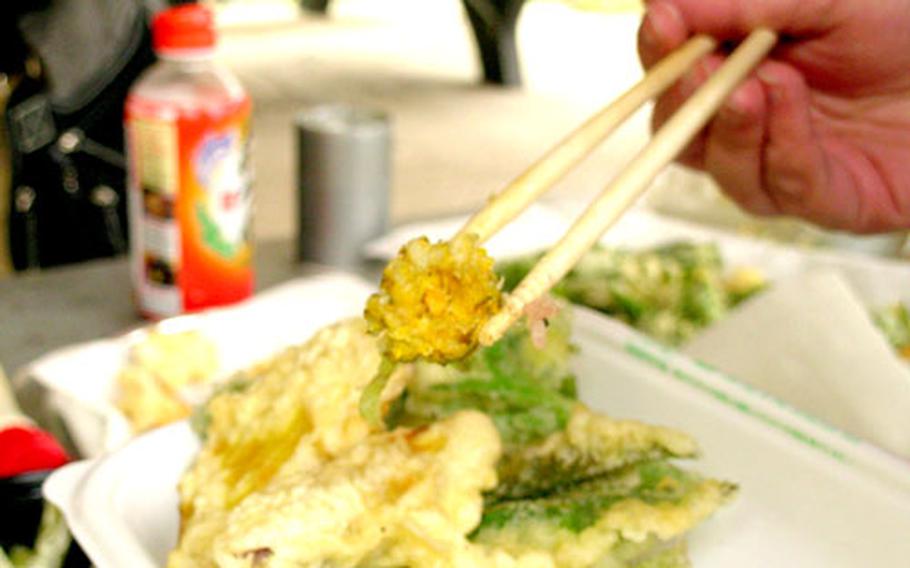 Tempura dandelion was a favorite for Americans at the tempura party in the Ikego campground Friday. (Allison Batdorff / S&S)

ZUSHI CITY, Japan &#8212; American lips curled and noses wrinkled when the plate of deep-fried dandelion was placed before them.

But moments later they declared the food &#8220;delicious&#8221; at the wild plant gathering and tempura party at the U.S. Navy Family Housing in Ikego on Friday.

Wild onions, licorice, carrots, mushrooms and sea-grass &#8212; much of it gathered that morning at Ikego &#8212; also were on the menu and prepared by 30 or so members of the Japan-America Society of Zushi. Beef jerky, brownies and potato chips were the American contributions to the feast.

The Japan-American Society of Zushi has 160 people on its roster and tries to do monthly events at Ikego, like mochi-pounding and the Festival of Trees. The group throws the wild-plant tempura party every spring, said Lt. Cmdr. Kirstina Shore, Ikego officer in charge.

Uncommonly large numbers of wild plants grow at Ikego due to the amount of green space left there, one group member said. While Zushi City swallowed up the areas around it, more of the military property at Ikego stayed undeveloped.

But resident Patti Mosko said she was less interested in the plants than in the preparation. Tempura is a light fry in a batter made from fine-ground flour, with a touch of baking powder and potato starch.

The salad oil for frying must be blazing hot &#8212; that&#8217;s the trick, said Kikue Hirai, the group&#8217;s outgoing president. Many of the members speak English and use the interaction to practice.

But even if communication is of the nodding and smiling sort, these events are a &#8220;comfortable environment to learn about the culture,&#8221; said Ikego resident Wendy Brant, who calls herself a &#8220;regular.&#8221;