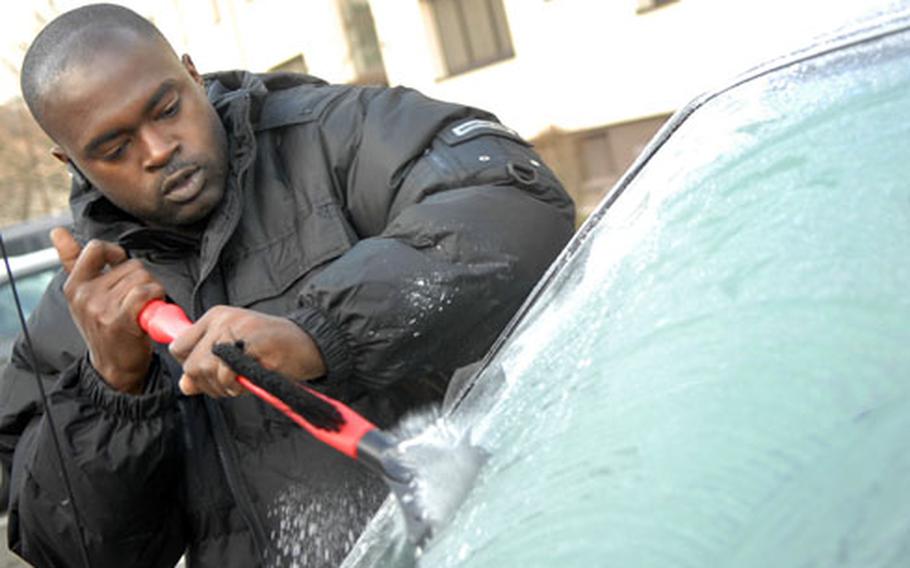 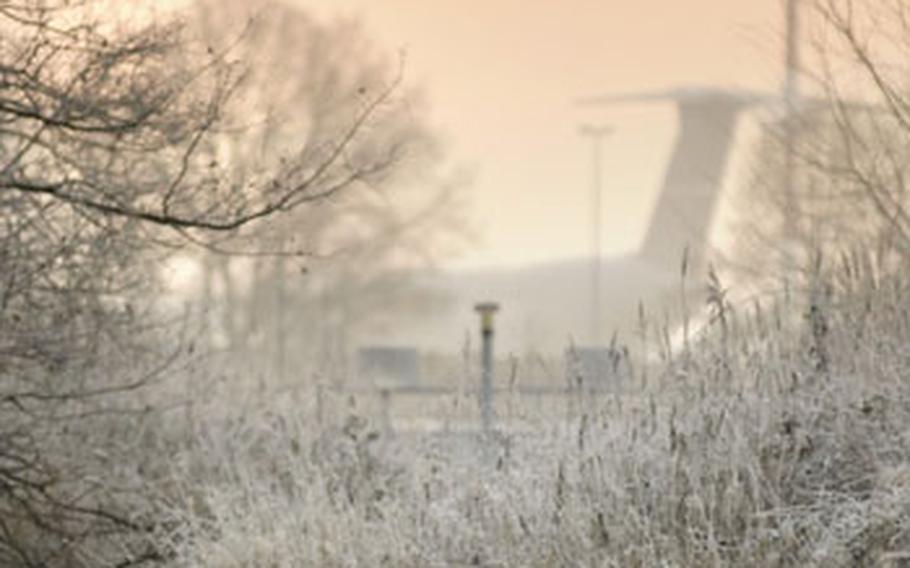 As the sun comes up, frozen dew glows in the light Tuesday near Ramstein Air Base’s West Gate. According to the 21st Operational Support Squadron at Sembach Air Base, Germany, temperatures will stay in the teens this week. (Ben Bloker/S&S)

Blasts of cold air first from Siberia and then from Scandinavia have caused temperatures in parts of western Europe to dip into the low teens.

Early Tuesday morning, the thermometer read -9 degrees Celsius just outside Ramstein Air Base. That&#8217;s about 16 degrees Fahrenheit and part of some of the lowest temperatures felt in Ramstein this year. The low temperature on Tuesday was expected to reach a frigid 12 degrees Fahrenheit in the Kaiserslautern military community, according to the 21st Operational Weather Squadron&#8217;s Web site.

The low of 9 degrees Fahrenheit in Hohenfels seemed to be the coldest on Tuesday among U.S. military sites in Europe tracked by the weather squadron. In England and Italy, forecasted temperatures through Saturday range between the low 40s and mid 20s, according to the 21st OWS Web Site.

One upside of the cold air from the north is that it is part of a large high-pressure system, which has caused clear skies. The sun is an unusual and treasured sight this time of year.

But alas, a low-pressure system is expected to move over Germany soon, bringing clouds and precipitation. The precipitation will be short-lived and after Wednesday there will be some clearing out with another system moving down from the north, bringing snow later on, Kundert said.

"Within the first week of January, we might see some snow," she said.

Asked if she had anything else to say about the weather, Kundert offered some simple words of advice.