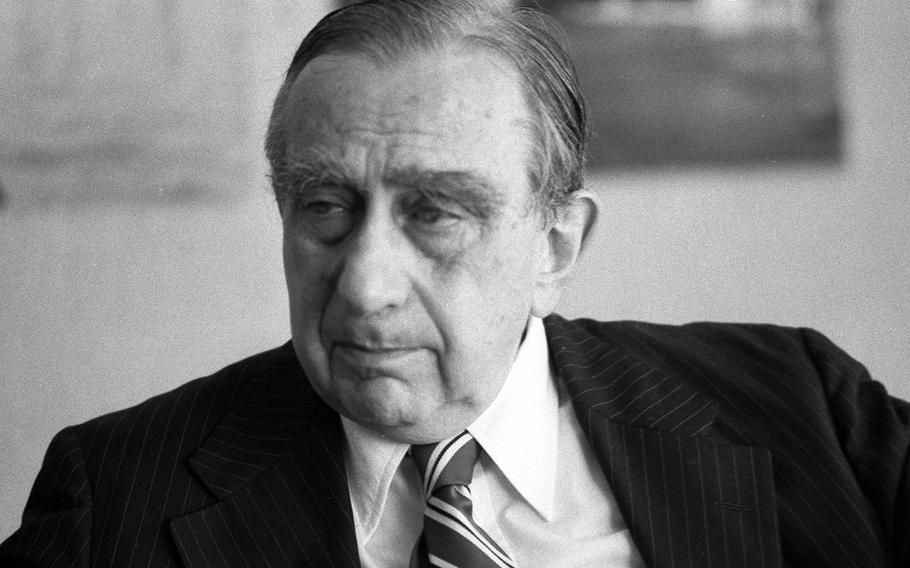 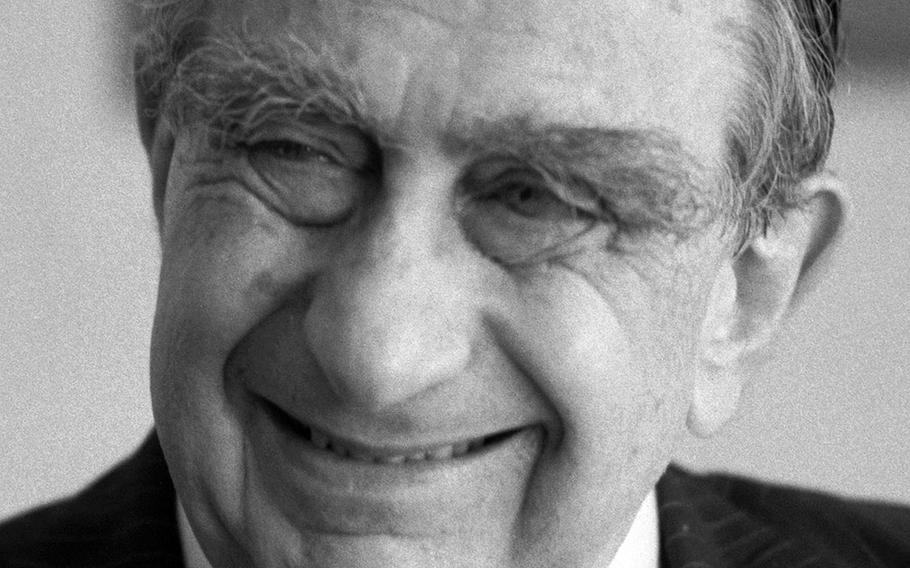 WIESBADEN, Germany — The Soviets outnumber the U.S. in nuclear weaponry and in a nuclear war the U.S. would lose, Dr. Edward Teller, renowned nuclear physicist and one of the primary developers of the hydrogen bomb, said here Friday.

The United States "is behind on the whole in every area that is of military importance," the 72-year-old physicist said.

Teller, who was here to address Troy State University graduates in ceremonies Saturday afternoon, said, "I believe and I cannot prove it — but I'm not claiming it on the basis of no information — that the Russians are ahead of us quantitatively as well as qualitatively.

"You know we have a very peculiar system where we keep Russian secrets more carefully than we keep our own. In other words, the American people are fooled into a false sense of security."

Teller, now a senior research fellow at Stanford University's Hoover Institute, has many years of experience in nuclear weaponry and is a strong advocate of nuclear energy.

He covered a number of topics in an interview Friday, including Soviet subversion in the Middle East, the Three Mile Island accident and the need for more nuclear power, and weaponry.

He painted a bleak outlook for the U.S. if a nuclear war were to occur with the Soviets.

"I can tell you that in a, full-scale war probably more than half the Americans will die and probably 5 million Russians. The great difference is that the Soviets have civil defense and we don't. The effects for Americans would be disastrous. It would mean an end to our country without any question."

Teller said lack of civil defense was only one factor. The U.S. has made too little preparation to deter war, he said.

"The invasion of Afghanistan has done a little bit toward making it clearer to people that the Soviet Union is not exclusively dedicated to peace," he added.

Teller feels that not enough is being done in weapons development.

"Unfortunately, among scientists today the great majority have the deep conviction that the best thing they can do for peace is not to work on weapons," he said.

"What worries me at this time are the Soviet moves in the Middle East.

"They have brought about the revolution in Iran. The invasion of Afghanistan has brought them a step closer to the critical area. They have been established for many years in South Yemen. And if the Kremlin decides to move it can close off the Persian Gulf."

Sixty percent of the Free World's oil flows through there, he said and added, "What is worse, the present administration has no realistic plan for what to do if the Strait of Hormuz is closed."

Teller called nuclear energy the safest, cleanest and cheapest way to produce electricity today. And he is quick to say that no one was hurt at Three Mile Island. He blames that accident on poorly educated operators and noted, "There is much afoot in the industry now to improve the operators."

He called the prediction that as many as 10 persons from Three Mile Island may eventually die of leukemia unfounded.

"The best guess in my opinion is that there is a 10 percent chance that among 2 million people one should contact leukemia on that account."

Citing the dangers of Soviet aggression in the Persian Gulf area and consequently the lack of oil, he said, "Every opportunity we miss in building nuclear reactors makes the situation more dangerous and in fact is an acute peril to peace.

"But there's another side of it too — unreasoning fear of small amounts of radiation."

He said this has led to millions of people cutting down on X-ray examinations which has meant fatal diseases diagnosed too late. In his own family he said he had a difficult time convincing his mother that she needed radiation treatment because of her fear of it.

"The point is one should not be afraid of ghosts, or non-existent danger and at the same time forget about the real dangers which are the consequences of the energy shortage."

What are his feelings about his role as a major developer of one of the most destructive weapons ever made — the hydrogen bomb?

"I can only say that many, many people have worked on it and I have argued for its necessity," he said.