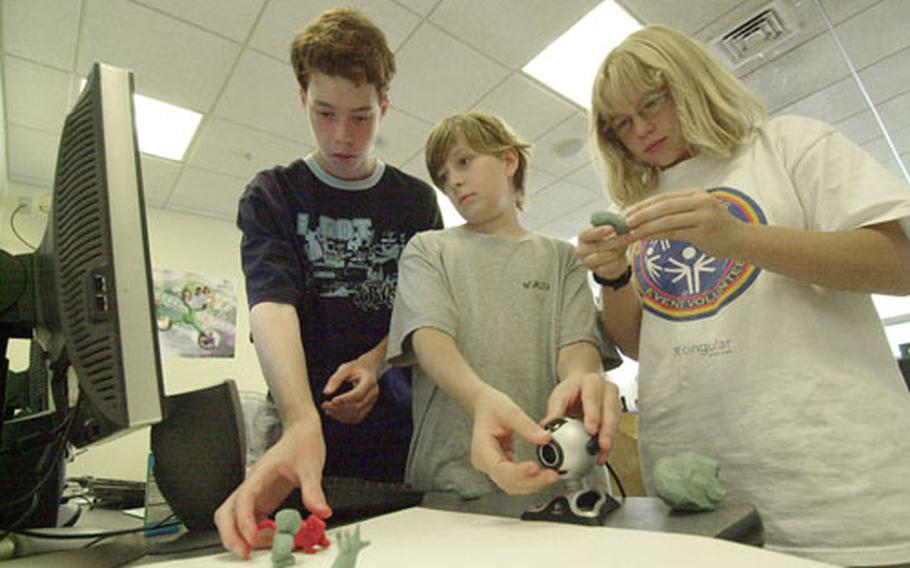 From left, Sean Noah, 14, Marcus Sattler, 13, and Brittni Steele, 13, make adjustments and clay animals for a stop-motion animation movie on the computer at the Youth Center at Camp Zama. (Jim Schulz / S&S)

From left, Sean Noah, 14, Marcus Sattler, 13, and Brittni Steele, 13, make adjustments and clay animals for a stop-motion animation movie on the computer at the Youth Center at Camp Zama. (Jim Schulz / S&S) 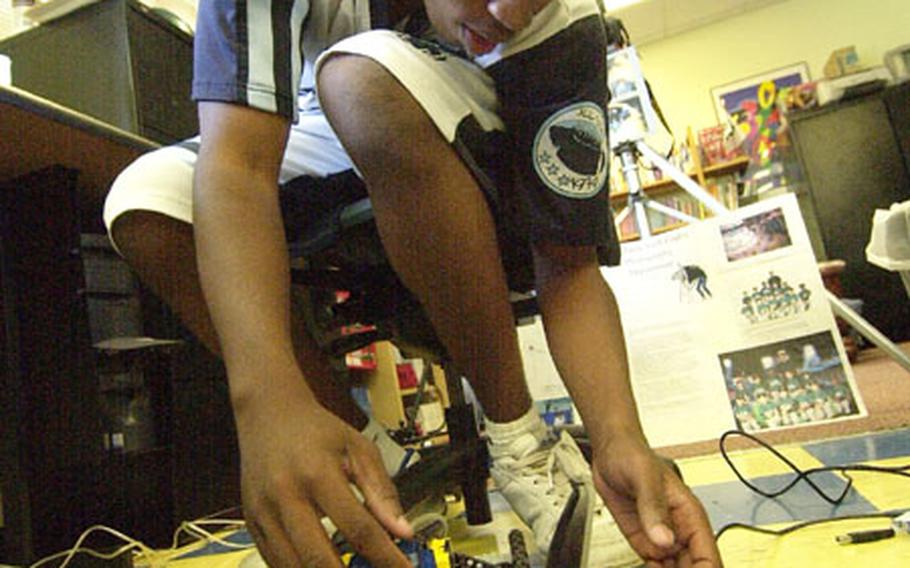 Isaac Pope, 16, makes some adjustments to his Lego robot before the Tech Fair at the Youth Center on Camp Zama. (Jim Schulz / S&S)

The fair allowed participants to display their projects and gave other kids a chance to learn about the club.

Claymation uses technology and clay figures as well as illustrations to make movies. It&#8217;s a far cry from the simple animation of famous 1950s television shows like the Gumby Show, Lawrence said.

In one project, a clay dragon emerges from a cave and is attacked by a stick-figure drawing.

The club also uses Lego bricks to create high-tech robots that can be programmed to react to touch, sound and other senses.

He said he hopes the group can enter robotics competitions.

The GPS projects include treasure hunts and a game in which participants pretend they&#8217;re attacked and run around to avoid incoming bombs. The GPS tells them if they&#8217;ve been hit &#8212; a great way to get kids moving outdoors, Lawrence said.

And they use a Cartoon Network program called &#8220;Animate Your World&#8221; that lets students customize animation and add their voices to Cartoon Network characters.

The group, which meets Tuesdays afternoons, is open to sixth- through 12th-graders. Lawrence said he plans to create a TV commercial every month, which they hope to play on American Forces Network television.

He said he also hopes to increase competitions and shows.