Teens get a taste of the possibilities at job shadow day 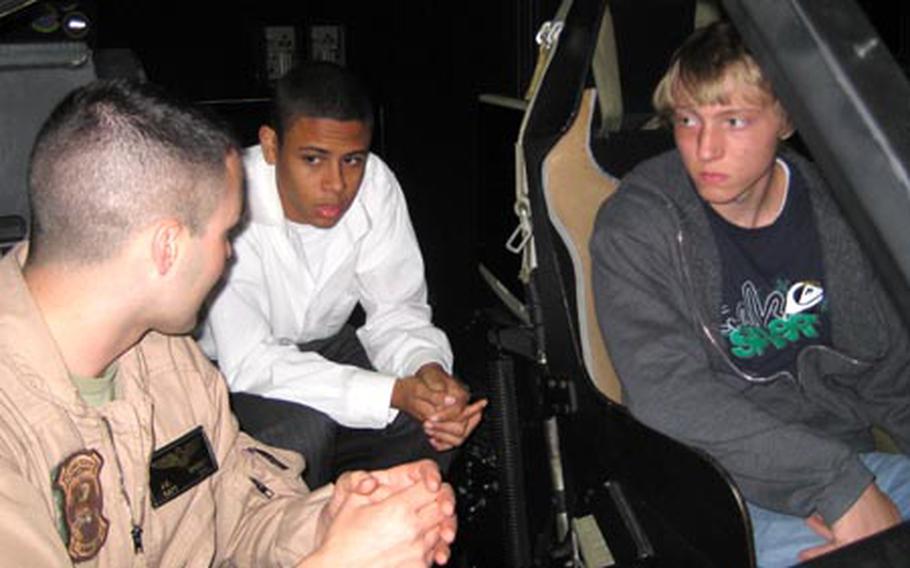 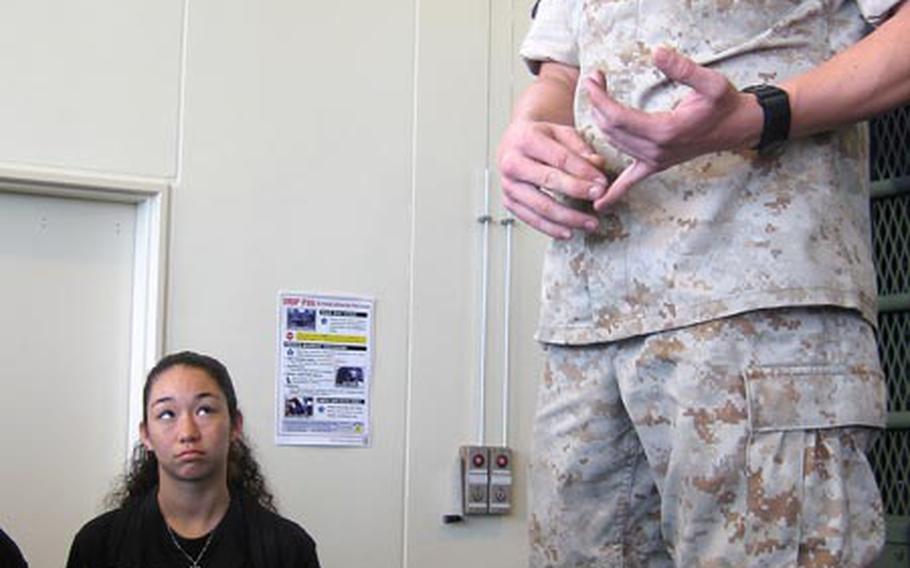 Jonathan Parks gently grabbed the cyclic of the CH-46 helicopter and pushed it forward. The Marine helicopter hovered for a few seconds and then took flight.

Parks, a 16-year-old high school junior, isn&#8217;t a military pilot yet, but he hopes to be after he graduates from Kubasaki High School next year.

Sitting inside an aircrew simulator Friday at Marine Corps Air Station Futenma, Parks got close to the real thing as he tried his hand at navigating images of runways and the Pacific Ocean, which were projected onto a jumbo screen.

Capt. Jonathan Spencer of Marine Medium Helicopter Squadron 262 was there to guide him.

Parks and more than 80 of his classmates spent the day following pilots, surgeons, high school counselors &#8212; even a Marine Corps general &#8212; during the school&#8217;s job shadow day.

The school juniors partnered with more than 20 volunteer mentors from local bases.

The exposure gives students a chance to &#8220;ask the tough questions and get a feel for what it takes,&#8221; said coordinator Dawn Yates, the Marine Corps base&#8217;s school liaison officer.

Spencer explained cockpit technology and answered questions about officer training and flight school. He also shared rewarding parts of his job, like delivering bags of rice and water to victims of the mudslides in the Philippines in 2006.

Mechanics, medicine and education topped the list for the most popular fields Kubasaki students wanted to explore, Yates said.

Adrian Jimenez, 17, of Camp Kinser, said he was hoping to find a way to combine his love for the kitchen and his interest in flying.

Erika Holden, 17, has no doubt she&#8217;ll become a mechanic. Her inspiration comes from watching her Marine father fix the family cars.

But shadowing mechanics of 3rd Marine Logistics Group left her with a tough decision.