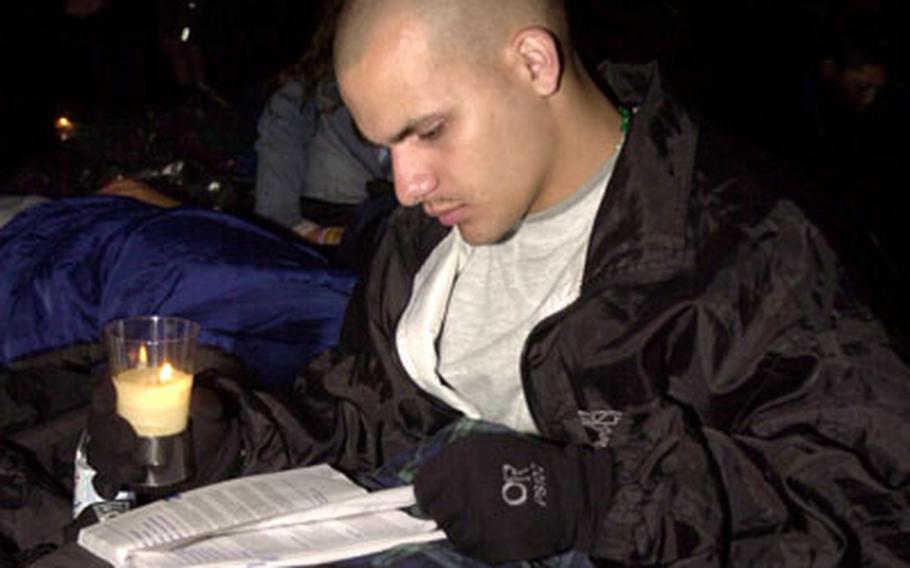 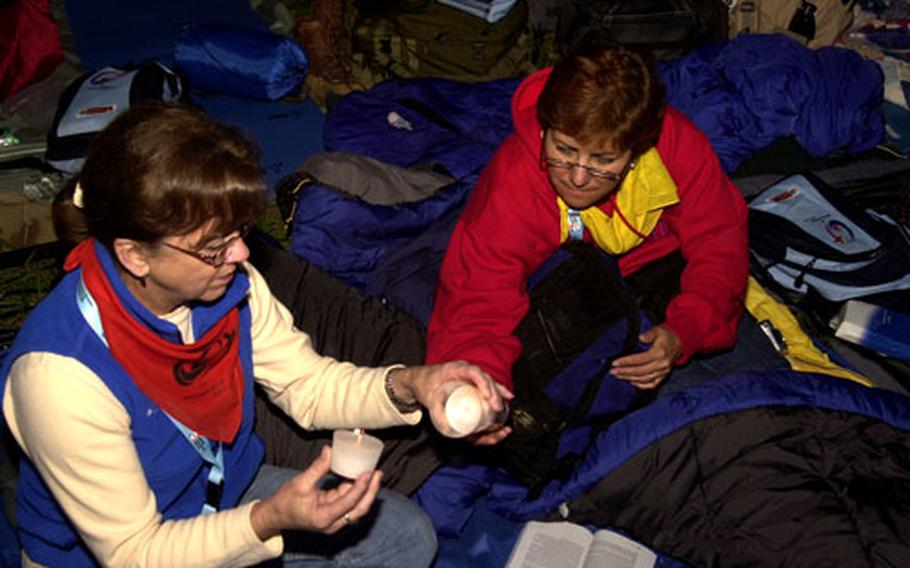 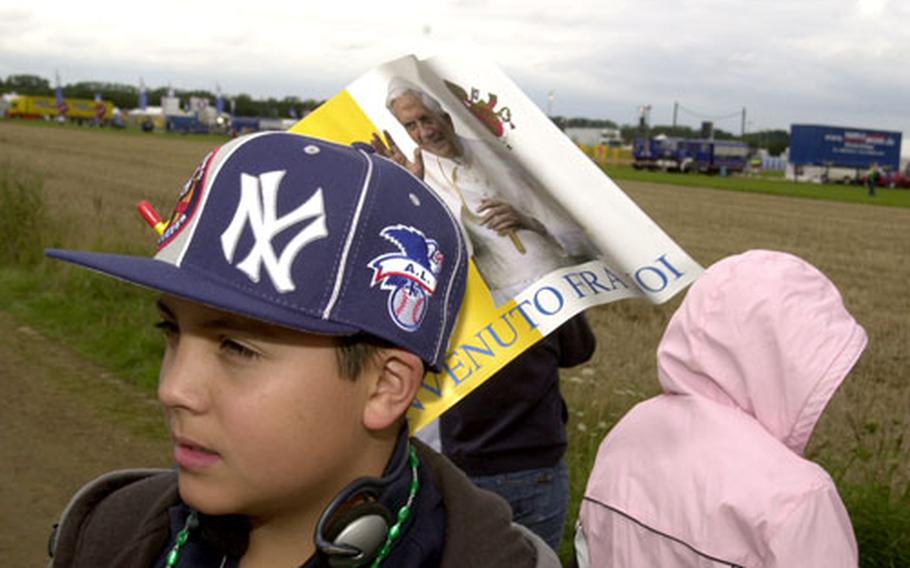 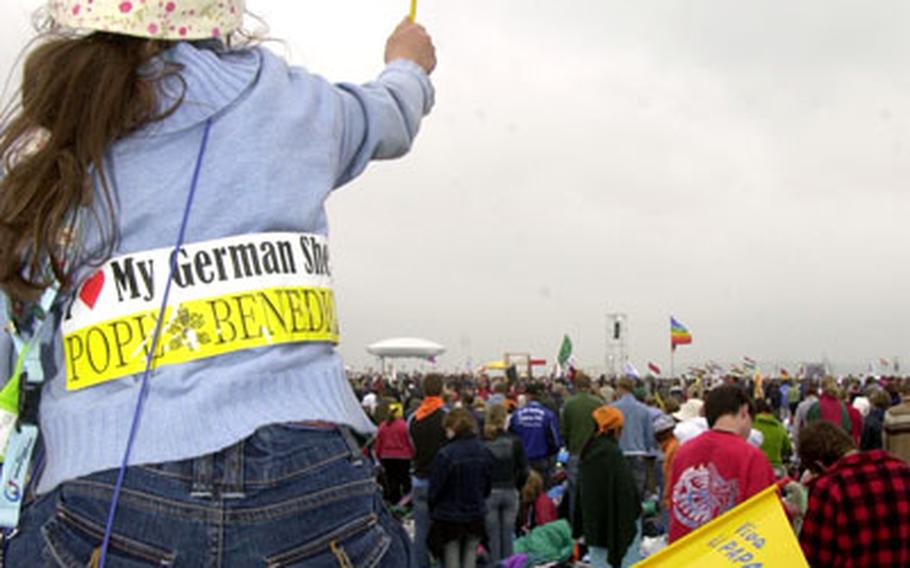 COLOGNE, Germany &#8212; Like millions of pilgrims before them, they traveled in bands across hundreds of miles with God in their hearts.

Fueled by their faith and feet, these modern-day sojourners, numbering 1 million, converged this weekend on a massive field near Cologne to celebrate Catholicism during World Youth Day.

Among the masses stood hundreds of pilgrims from U.S. military communities throughout Europe who witnessed Pope Benedict XVI in his first foreign trip since being elected in April.

Forty-five of the faithful left Ramstein Air Base&#8217;s Northside Chapel at 5:30 a.m. Saturday. They arrived in Cologne around 8 a.m. After a shuttle bus ride and a short hike, the group located their spot on Marienfeld Pilgrim Field between a group of Canadians and Italians around 1 p.m.

As overcast skies cleared and the sun began to set, Pope Benedict XVI made his way to a hilltop altar in the &#8220;Popemobile.&#8221;

Hundreds of thousands specks of light flickered across the field as the crowd of worshipers lit candles for Saturday evening&#8217;s vigil service.

&#8220;I thought it was really cool for 1 million people from all over the world to get together for one night,&#8221; said A.J. Martinez, a 14-year-old incoming freshman at Ramstein High School.

During the vigil, Benedict XVI addressed the pilgrims in German &#8212; his native tongue &#8212; French, Spanish and Italian. The service, filled with song and prayer, was still going strong around 11 p.m.

&#8220;It was so nice because I went to sleep to the sound of singing and chanting,&#8221; said Cookie Jennings, a nurse at Landstuhl Regional Medical Center.

The group from Ramstein woke up to foggy skies and dew-covered sleeping bags after spending a night under millions of stars.

Around 10 a.m. Sunday, the Pope began Mass much to the delight of the crowd.

Patrick Sittenauer, 18, said the experience was much more powerful than an ordinary Mass.

World Youth Day did indeed live up to it name. The majority of pilgrims were young people from around the world. Chaperones and older pilgrims were present, but the face of the event was that of youth.

Their behavior and their lack of drinking, swearing and misbehaving gave Jennings faith in the future.