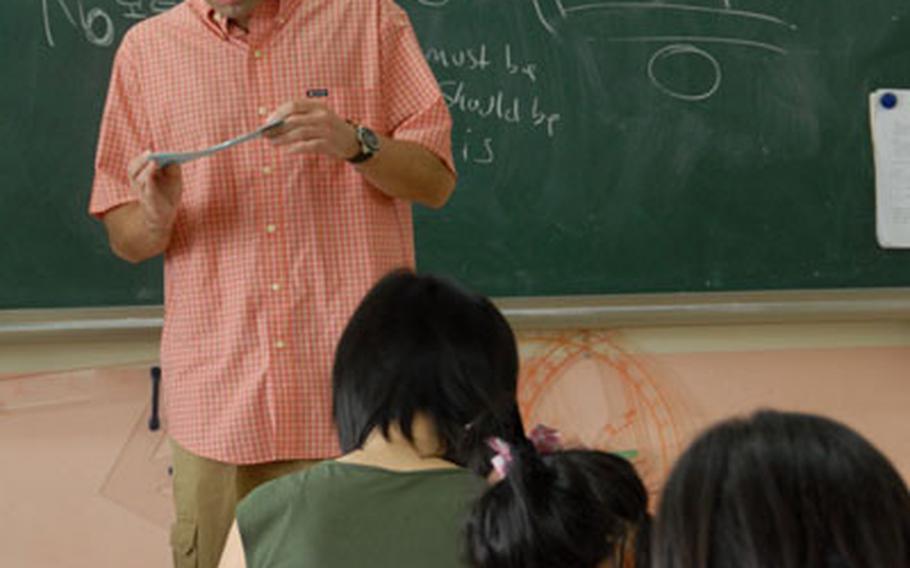 If you&#8217;re going to live in Japan, you should take the time to learn a little about its culture.

That was the consensus Wednesday from about 20 teens attending a five-day Japanese for Teens program at Kadena&#8217;s Airman and Family Readiness Center.

&#8220;It gives you an appreciation for the culture when you know the meaning behind things,&#8221; added Vanessa Moore, 17, the daughter of an airman.

That was the purpose of the program, said Ayano Shimojo, the center&#8217;s cultural awareness program manager.

The teens were being taught basic greetings and counting in Japanese, and were given the opportunity to dress in traditional kimonos. They also made mangekyoo with washi &#8212; kaleidoscopes decorated with Japanese paper.

For Vanessa and her 12-year-old sister, Briana, the best part of the program so far was dressing in the colorful kimonos.

The teens were scheduled to learn origami and brush writing Thursday and Friday.