Teenager gets his ‘wish’: Time with his soldier brother on the flightline in Germany 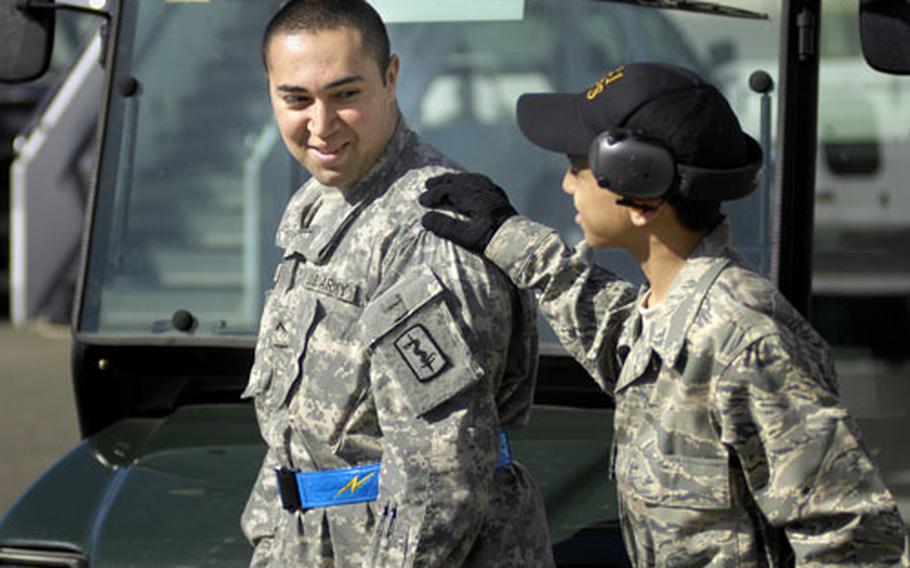 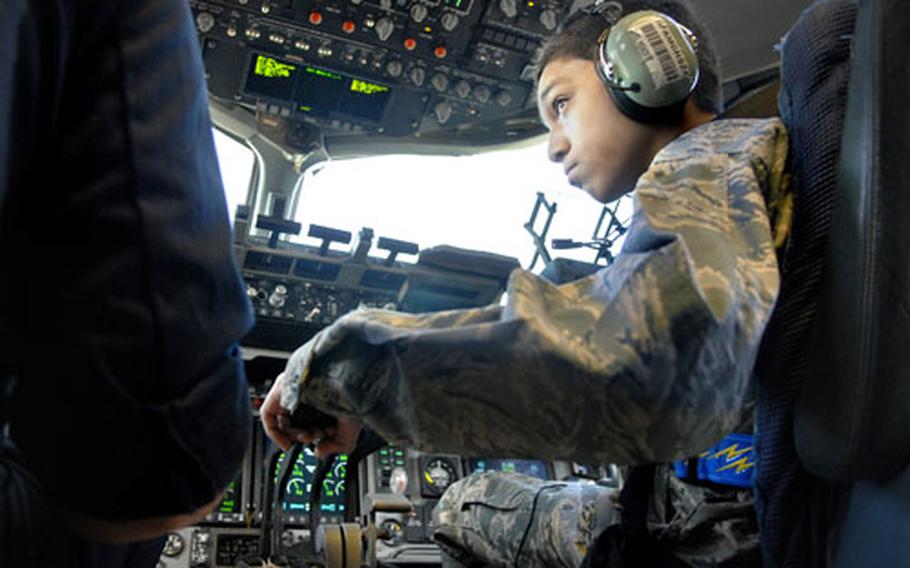 Cresencio Santos looks up at Air Force Staff Sgt. Chris Pugh, a crew chief with the 721st Aircraft Maintenance Squadron, as he adjusts the throttles on a C-17 cargo aircraft during a live engine run-up Tuesday at Ramstein Air Base. (Ben Bloker / S&S) 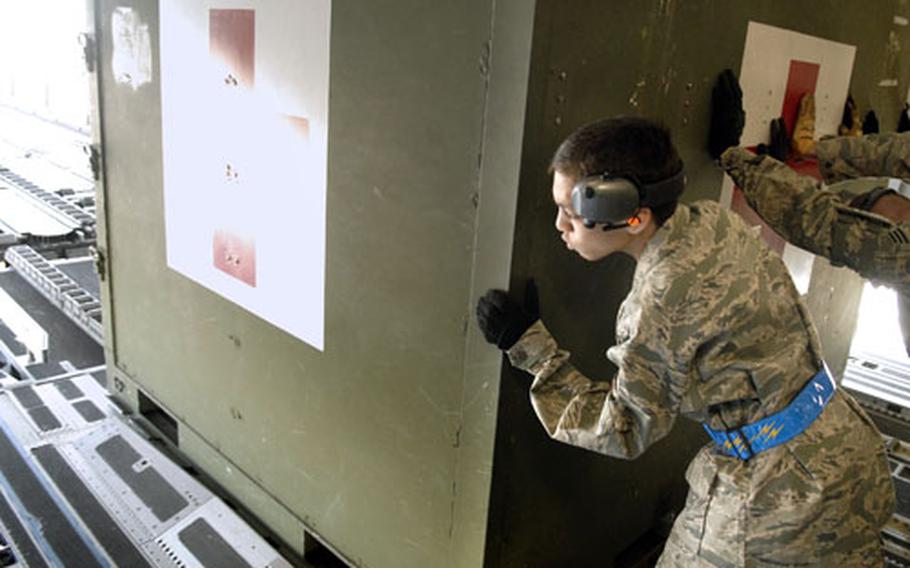 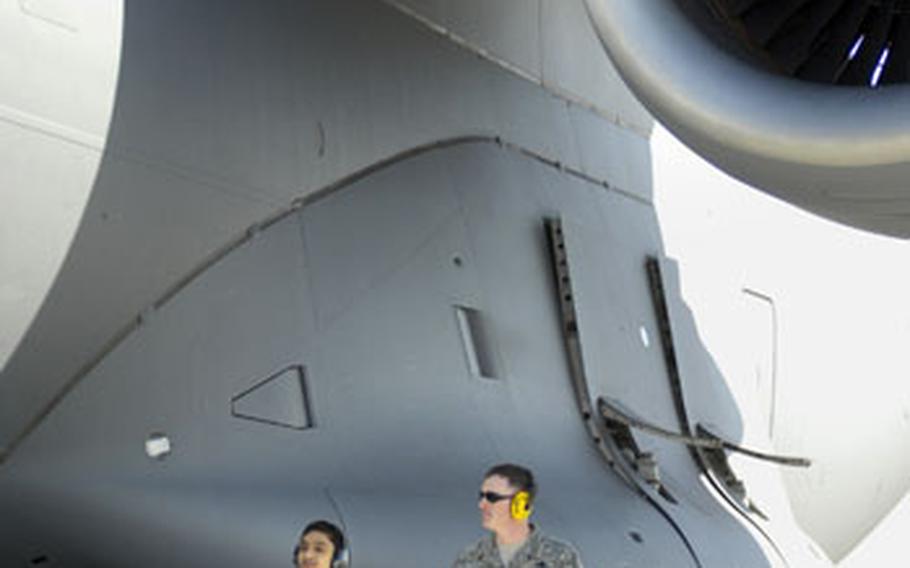 Cresencio Santos and Air Force Staff Sgt. Donald Ray, an airman from the 721st Aerial Port Squadron, do a "walk-around" on a C-17 cargo aircraft before loading cargo bound for Japan Tuesday at Ramstein Air Base. (Ben Bloker / S&S)

RAMSTEIN AIR BASE, Germany &#8211; Cresencio Santos&#8217; greatest wish was to see his older brother in Germany.

Kevin Colindres, 20, an Army private with the 8th Medical Logistics Company at Miesau Army Depot, is a father figure to his younger brother, since both grew up without a dad around.

Chris has neurofibromatosis type 1, a genetic disorder that causes noncancerous tumors to develop on or just under the skin, according to the National Institutes of Health. Colindres described them as &#8220;sometimes-painful knots.&#8221;

On Tuesday, the two brothers were together on Ramstein, Colindres in his Army fatigues and Chris in an Airman Battle Uniform that he gets to keep.

It was the second day of a two-day tour of the air base, which gave Chris an insider&#8217;s look at military life.

He throttled the engine of a C-17 parked on the flightline, climbed through the belly of a C-5, helped load aircraft pallets, rose skyward in a K-loader, and ate pizza with airmen from the 721st Aerial Port Squadron.

He beamed about meeting 86th Airlift Wing commander Brig. Gen. Mark Dillon on Monday. The general let him sit in his chair and gave him a commander&#8217;s coin.

The Make-A-Wish Foundation funded the nine-day trip to Germany for Chris and his mother, Rosa Figueroa. The foundation grants wishes of children with life-threatening medical conditions, including those that are debilitating, progressive, or malignant.

Last year, Chris&#8217; middle school principal in Tampa, Fla., overheard him talking about how he wanted to spend time with his brother in Germany, Colindres said. The principal contacted the Make-A-Wish Foundation in Florida, which worked with Make-A-Wish-Foundation Germany and the 86th Airlift Wing at Ramstein to make the visit happen, according to military officials.

Chris said he&#8217;s a big fan of the military because of his brother.

Because of his condition, he probably won&#8217;t be able to join the service, said Colindres, who took leave to be with Chris.