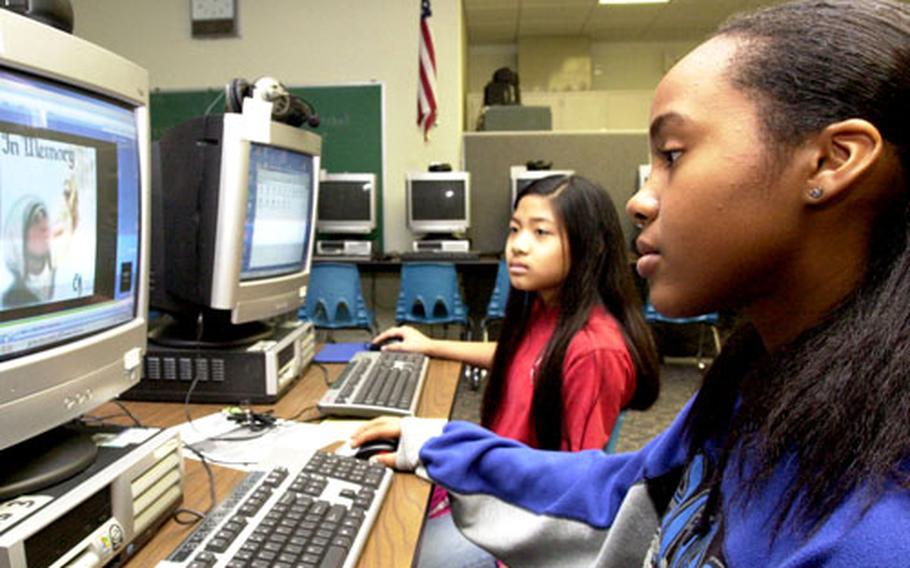 KADENA AIR BASE, Okinawa &#8212; Parents of students at one of the base schools here soon will get an opportunity to see how their children are putting state-of-the-art technology to use in the classroom.

&#8220;We want the parents and community to see that [the technology] goes beyond the Microsoft suite," she said. &#8220;A lot of good things with technology happen within the school, but sometimes parents aren&#8217;t aware.&#8221;

To highlight the latest equipment being used, the school&#8217;s two permanent computer labs will be used, along with two mobile computer labs complete with laptops with wireless Internet connections. Mial said parents will be given demonstrations and also will be able to get hands-on time with the equipment.

Parents also will be instructed on how to use the school&#8217;s Web site, which requires a password. Once logged in, parents can check assignments and stay in contact with the teacher when deployed.

Throughout the expo, various student projects will be displayed. Sixth-graders Tisha Carlton and Annabel Posis were selected to display their picture shows &#8212; reports on a person who has inspired them. The show is like a movie. The girls found photos to flow throughout the presentation, placed background video into the clip, then narrated their information into the report.

Since coming to Okinawa from Brooklyn, N.Y., a year ago, Tisha said she never imagined doing what she is now when it comes to the latest equipment.