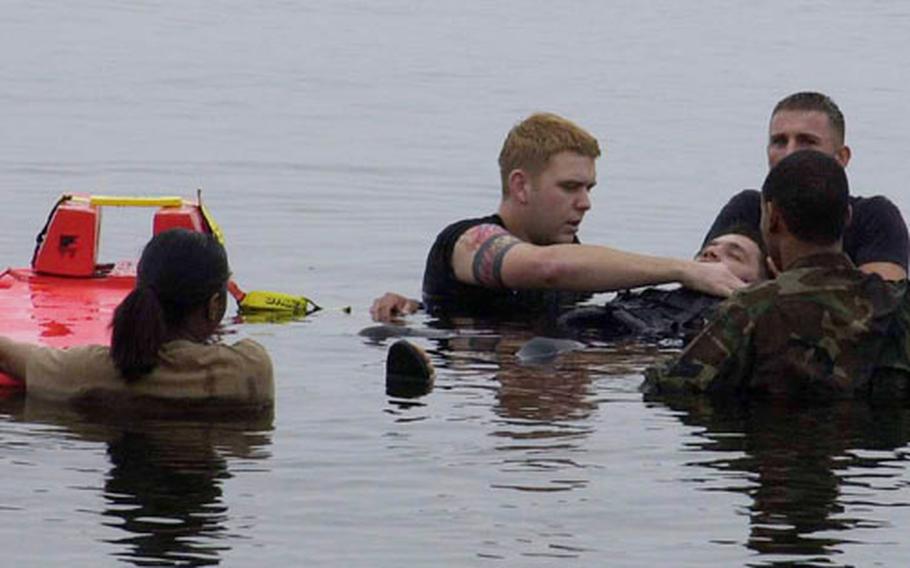 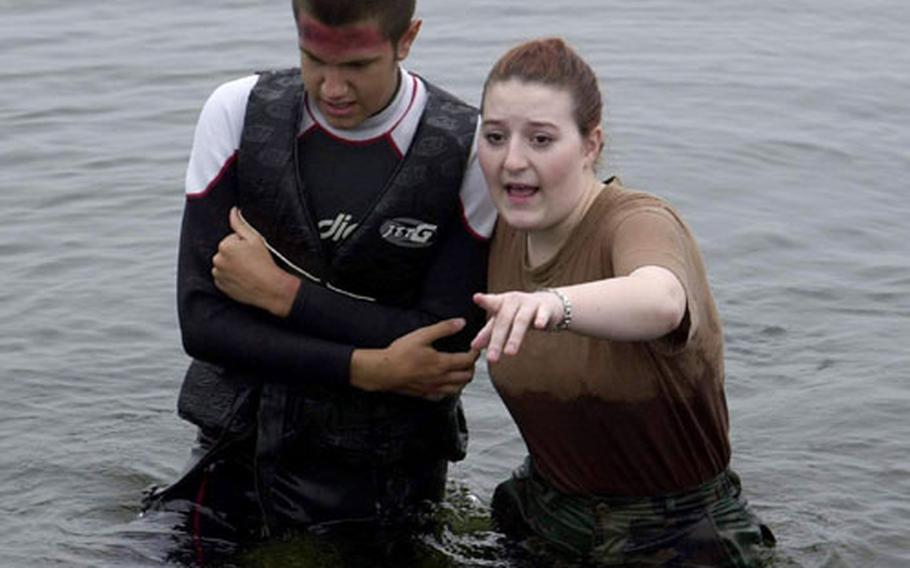 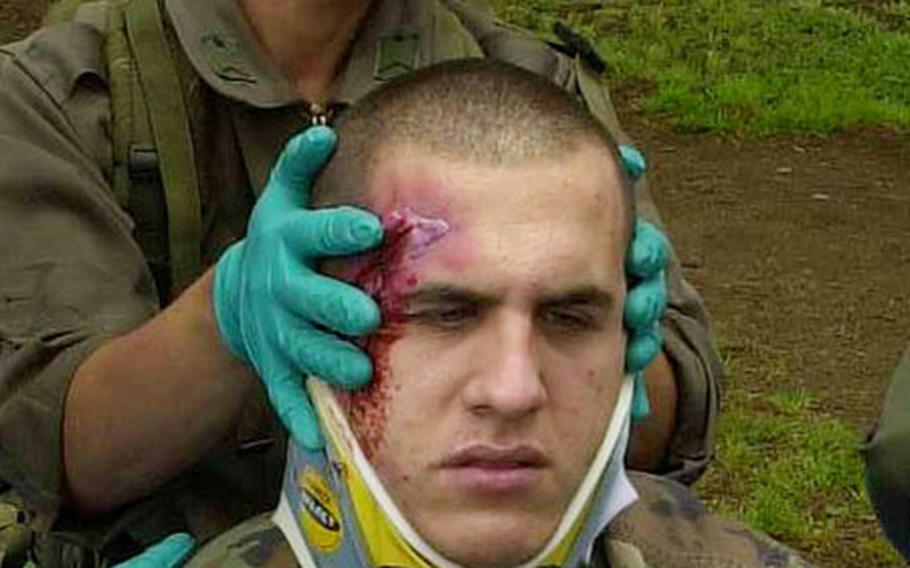 MISAWA AIR BASE, Japan &#8212; Drowning in the base lake here was easy for Staff Sgt. Rafael Melendez. He did it half a dozen times Thursday, in Lake Ogawara&#8217;s 65-degree waters.

Thanks to a diver&#8217;s wet suit and the speed of six teams of medical technicians competing in the 8th annual Pacific Command EMT Rodeo, mock drowning victim Melendez survived to swim another day.

He was one of two simulated victims of a personal watercraft accident, a mini-drama played out in a heavy fog so American and Japanese EMT teams could showcase their medical mettle racing against the clock.

Nitsche said teams were graded on how well they evaluated injuries, managed their time and were able to triage, or sort victims by seriousness of injury, in three scenarios: one involving mass casualties, a second requiring a water rescue and a third entailing navigating an obstacle course carrying a litter.

Team members had to wade in to chest-deep water to reach Melendez, check his vital signs, then lash him to a floating litter and get him onto a dock.

Unraveling spider straps used to secure a patient to a litter was difficult for Senior Airman Carton Jones, the team&#8217;s leader.

Capt. Dan Robert, a physiologist who advised other team members of &#8220;victims&#8217;&#8221; medical conditions, such as respiration rates and skin conditions, said the competition was made as realistic as possible &#8212; &#8220;and some of them learned they could do better in some areas.&#8221;

Petty Officer 2nd Class Norikazu Moriwaki of Japan&#8217;s Maritime Self-Defense Force team, a first-time competitor, said he was nervous but &#8220;our team worked very well. ... I have never had to do this for real, and we saw areas where we need improvement.&#8221;

But the team extracted their victim from the lake, carried him ashore and treated a second victim, all in 10 minutes and 23 seconds.

Final standings of the EMT Rodeo were not available at press time but several miles away on the main base, 10 more &#8220;victims&#8221; also moaned and groaned following a bus&#8217; simulated collision with a fuel truck.

Students portraying the injured also put their hearts into their acting roles.

She had to be tackled three times by medical personnel as she mimicked a crazed accident victim, and had a real bruise on her left shoulder to show for her trouble.