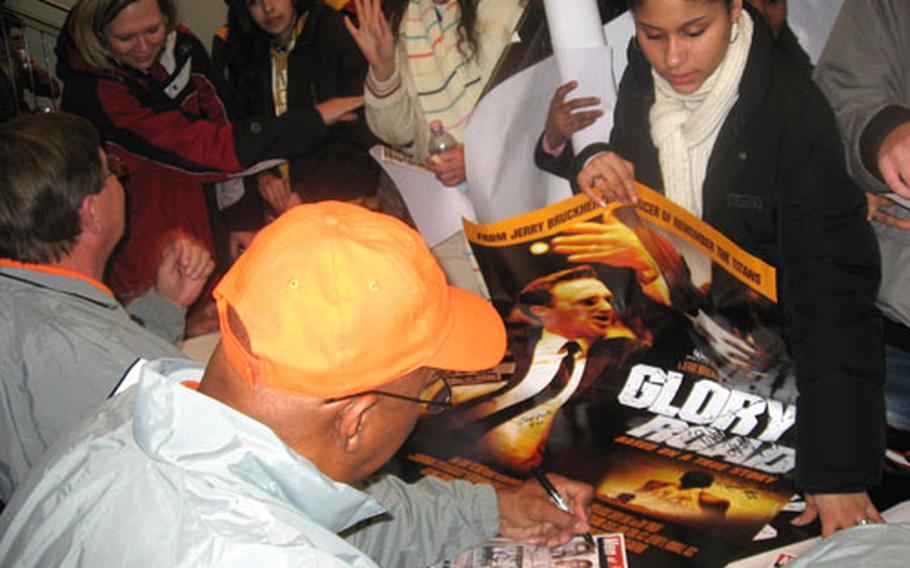 Madelina Brown, right, on Thursday gets a leaflet autographed by Harry Flournoy of the Texas Western 1966 NCAA basketball championship team after a showing of the movie "Glory Road" at Patch Theater in Stuttgart, Germany. (Charlie Coon / S&S)

Madelina Brown, right, on Thursday gets a leaflet autographed by Harry Flournoy of the Texas Western 1966 NCAA basketball championship team after a showing of the movie "Glory Road" at Patch Theater in Stuttgart, Germany. (Charlie Coon / S&S) 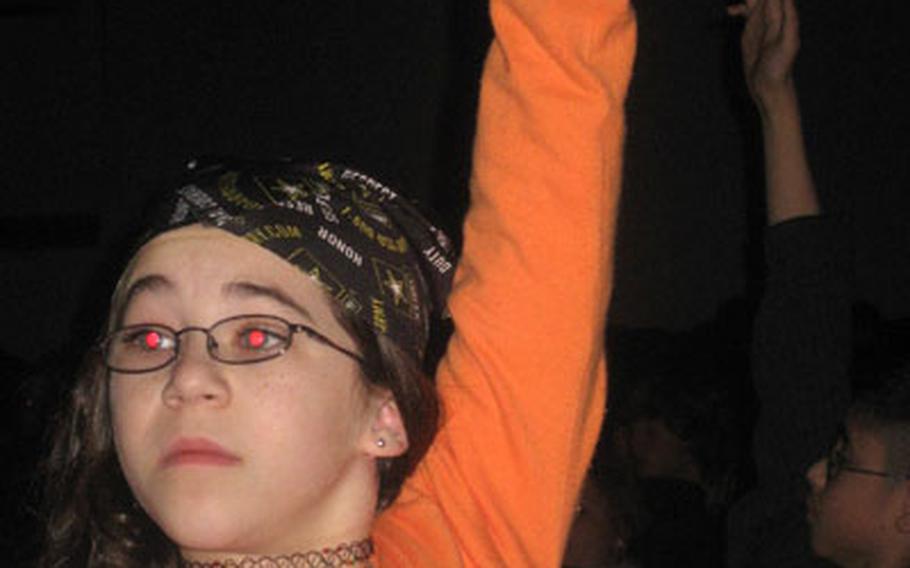 Kendall Arroyo, a fifth-grader at Patch Elementary School in Stuttgart, Germany, on Thursday raises her hand to ask a question at Patch Theater following a showing of the movie "Glory Road," which portrayed the Texas Western basketball team&#39;s 1966 championship season. (Charlie Coon / S&S) 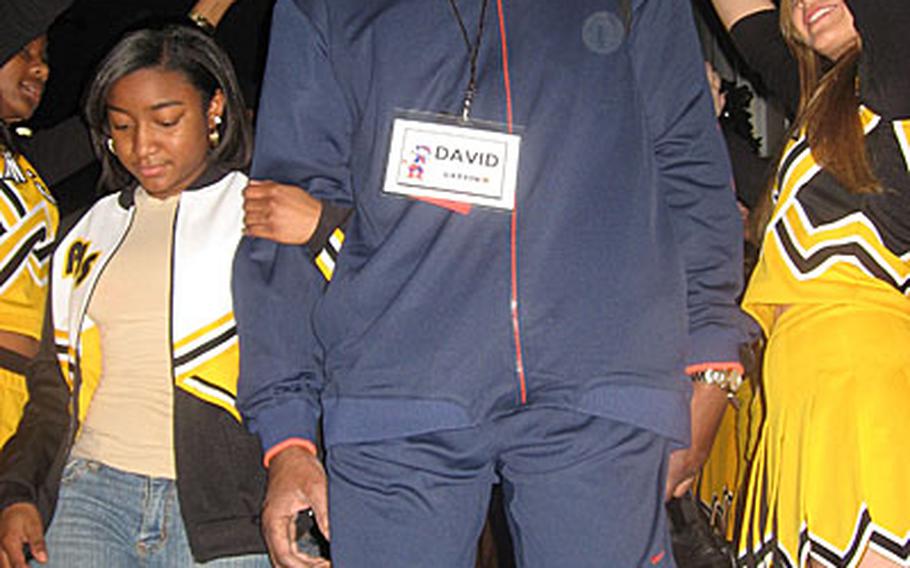 David Lattin of the 1966 NCAA champions Texas Western basketball team on Thursday is escorted into the Patch Theater in Stuttgart, Germany, by Patch High School cheerleader Giselle Wagstaff after a showing of "Glory Road," the movie that portrayed the championship season. (Charlie Coon / S&S)

A team full of blacks couldn&#8217;t succeed at basketball, some said, because they couldn&#8217;t think fast enough, be leaders or be well-organized.

In 1966, Flournoy and four others took the court as the first all African-American starting five in an NCAA men&#8217;s basketball final. His Texas Western Miners beat fabled Kentucky, 72-65, in one of the major sports breakthroughs in U.S. history.

Flournoy and four of his teammates are touring bases in Europe this month, where showings of the movie &#8220;Glory Road&#8221; are being presented as part of the community&#8217;s Black History Month celebrations. About 300 people attended Thursday&#8217;s event at the Patch Theater.

The former Miners weren&#8217;t the only underdogs in the crowd.

Coach Allen Archie&#8217;s Patch High School boys&#8217; basketball team isn&#8217;t having a great year. He hoped the movie and question-and-answer session would boost his squad for the upcoming Department of Defense Dependents Schools tournament. Two years ago, Archie coached fifth-seeded W&#252;rzburg to the championship, so he knows underdogs can overcome the odds.

The movie wasn&#8217;t a documentary and added scenes for dramatic effect.

One of the actual players, Nevil Shed, said he wasn&#8217;t really beaten up by whites inside a restaurant bathroom, as was depicted in the movie, but said such things happened in those days.

The event, presented as part of African-American/Black History Month, had a simple goal, according to Sgt. 1st Class Jacqueline Galloway, the equal opportunity adviser for Army Garrison Stuttgart.