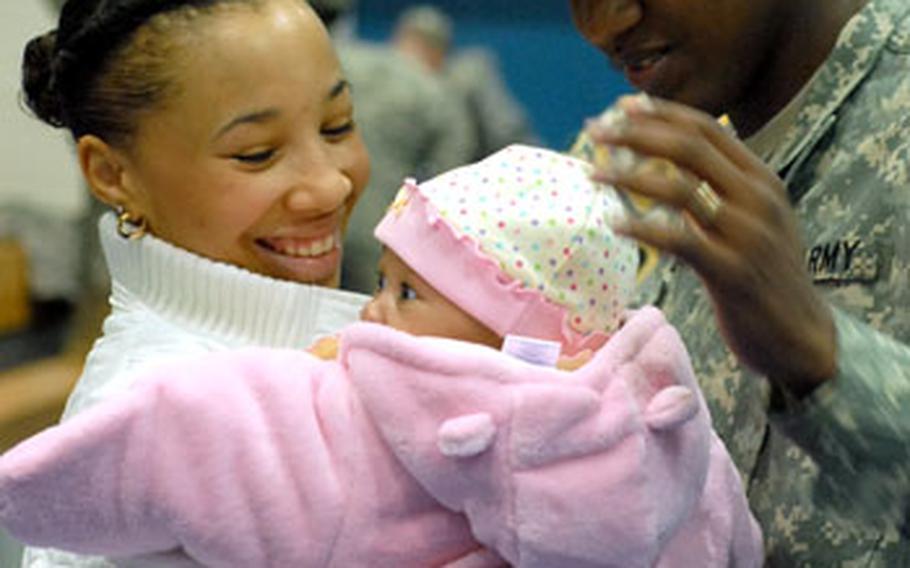 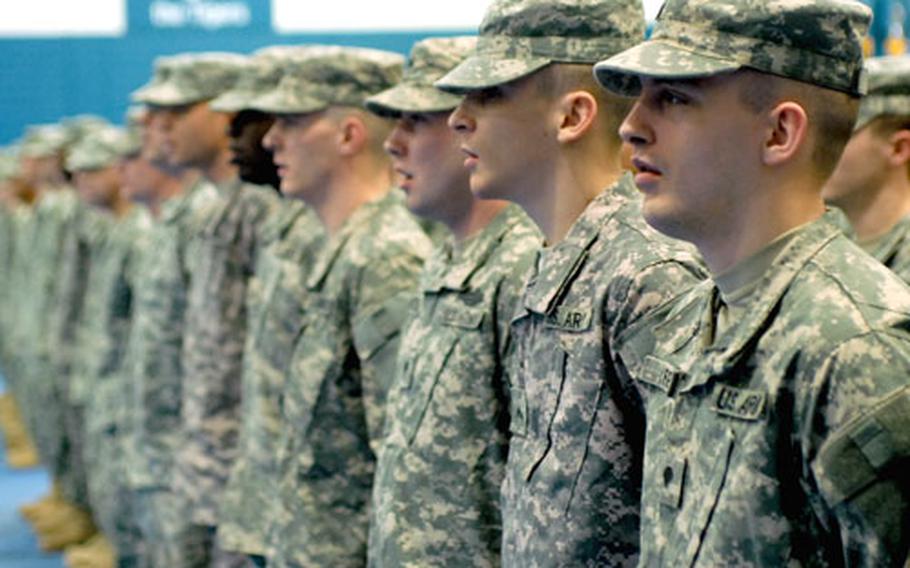 HOHENFELS, Germany &#8212; The men of Company D, 1st Battalion, 4th Infantry Regiment are trained tankers but they won&#8217;t get to fire the big guns on their latest mission &#8212; a six-month deployment to Afghanistan.

Company D &#8212; Team Dragon &#8212; converted to motorized infantry for the mission, which will see them take over from their sister company &#8212; Company A &#8212; in support of the Romanian Army&#8217;s 33rd Mountain Infantry Battalion in Zabul province, Afghanistan.

At a farewell ceremony at Hohenfels on Friday, 1-4 commander Lt. Col. John Lange said the mission is the second time Company D has been to Afghanistan. It deployed to the capital, Kabul, in 2005.

The Company D soldiers have been augmented for the mission by volunteers from across U.S. Army Europe, including mortar men and military intelligence personnel. U.S. Air Forces in Europe observers and controllers and Navy explosive ordnance disposal personnel have also joined Team Dragon, he said.

The Company D commander, Capt. Wayne Keeler, 39, of Kalamazoo, Mich., said the latest mission is the first time the company has deployed as a tanker-pure unit. On its first Afghan mission, only two of its platoons made the trip, alongside two infantry platoons from other 1-4 companies, he said.

The Company D soldiers have plenty of experience on the ground. The unit&#8217;s day-to-day mission at Hohenfels involves role-playing as the opposing force when other units train there, Keeler said.

&#8220;We are all combat arms guys, and tactically the fundamentals of maneuver are no different (between infantry and tanks). Tankers just look at things on a different scale,&#8221; he said.

Company D also has plenty of combat experience to draw on, he said.

&#8220;At least a quarter of the guys have deployed before with 1-4 and about two-thirds have been downrange in the Global War on Terror.&#8221; he said. &#8220;Soldiers without combat experience in the company are a rarity at this point in the war.&#8221;

One of the Company D soldiers preparing to deploy, Staff Sgt. Thomas Hill, 25, of Monroeville, Ala., said goodbye to his wife Jessica, 22, and daughter Camryn, 3 months, on Friday.

Jessica Hill said the Afghan mission will be her first experience of a deployment since the couple married.