Teacher who went missing is recuperating at Landstuhl hospital 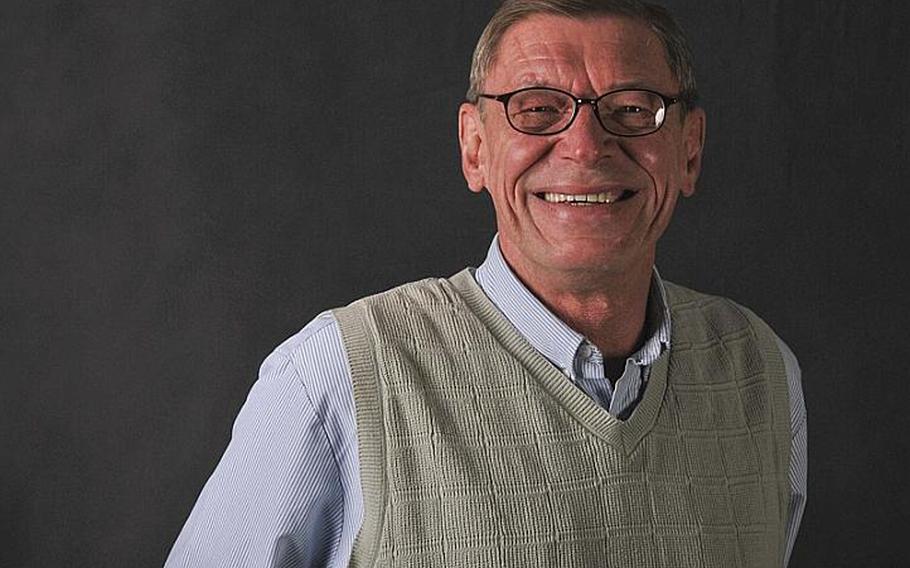 Tom Davenport, a Heidelberg High School teacher, is recovering at Landstuhl Regional Medical Center. He was found in a Turkish hospital after he was reported missing in early March. (Courtesy of DODDS-Europe)

KAISERSLAUTERN, Germany &mdash; Perhaps on a whim, Tom Davenport returned last month to a Turkish city on the Mediterranean coast where he and his daughter vacationed last summer.

Just before he was to return to Germany and his teaching job at Heidelberg High School, Davenport went for a walk on the beach and collapsed, presumably as the result of what would have been his third seizure in a month, his former wife said Thursday.

Davenport, 60, recently returned to Germany and is recuperating at Landstuhl Regional Medical Center, according to his ex-wife, Beverly Eads. The prognosis for a full recovery is uncertain, she added.

&ldquo;They say he is having memory problems,&rdquo; Eads said.

The hope is that Davenport&rsquo;s memory will improve as he begins to see and interact with people he is familiar with. Eads said their 20-year-old daughter, Ashley, arrived in Germany on Thursday.

Earlier this month, Davenport was reported missing when he failed to return to work after taking a week off. Eads said Davenport was taken to a Turkish hospital Feb. 26, but had trouble speaking for more than a week.

Davenport finally uttered a few words in English on March 9. Eads said that led a nurse to do a computer search, using &ldquo;missing American&rdquo; as keywords. She immediately saw a Stars and Stripes article from that day on a missing teacher.

&ldquo;It popped open on the screen and there was his picture,&rdquo; Eads said.

In information gleaned from U.S., German and Turkish authorities, Eads said it appeared Davenport originally meant to spend his time off in the United States attending a memorial service for his late mother. When the service was delayed by a couple of months, he opted to fly to Turkey.

Eads said Davenport and Ashley had visited Antalya, a popular resort, last summer, and he was probably feeling nostalgic for his daughter. Ashley had left Germany for the U.S. a couple of weeks before, having spent all of January with him.

&ldquo;He just went for a stroll on the beach and somebody saw him go down,&rdquo; said Eads, adding he apparently was not carrying any identification at the time. &ldquo;He just became a &lsquo;John Doe.&rsquo; &rdquo;

Davenport has taught for the Department of Defense Dependents Schools-Europe since 1988, according to Bob Purtiman, a DODDS-Europe spokesman. The science and social studies teacher worked in Fulda, Stuttgart, Mannheim and Hanau before moving to Heidelberg in 2007.

Heidelberg High School principal Kevin Brewer said that Davenport has always been a teacher willing to volunteer for extra duties, and rarely missed a day of work. &ldquo;We could always depend on him,&rdquo; Brewer said.

He indicated that it&rsquo;s too early to be talk about whether Davenport will be back in the classroom next school year.