TBI clinics in Germany to open in early 2010 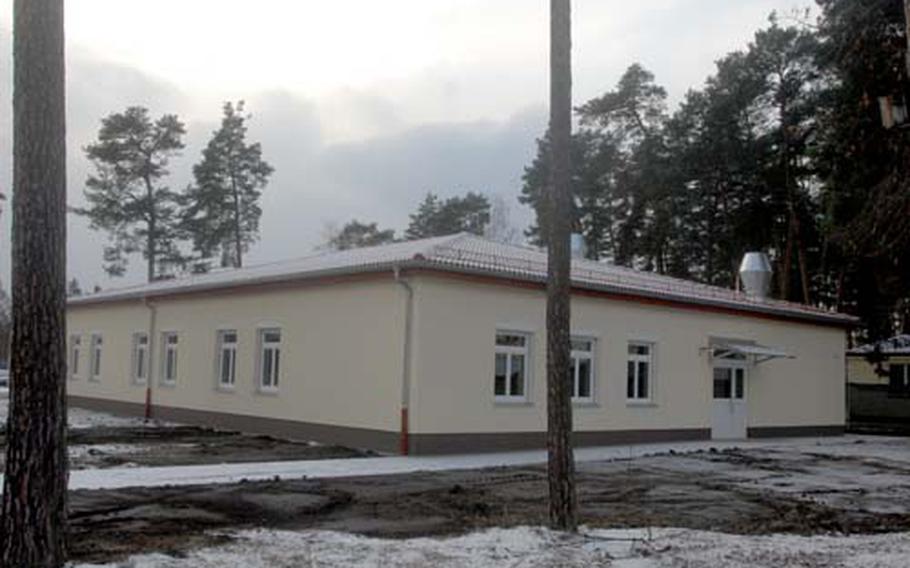 GRAFENW&#214;HR, Germany &#8212; The Army is preparing to open several multimillion-dollar facilities to treat soldiers for combat stress and traumatic brain injury at Grafenw&#246;hr and Vilseck.

One of the facilities, a $2.5 million behavioral health clinic in Grafenw&#246;hr, will include therapy and conference rooms along with office space. It will house &#8220;everything we are doing to help soldiers with the new emphasis on Army mental health &#8212; all these issues like depression and PTSD (post-traumatic stress disorder),&#8221; U.S. Army Garrison Grafenw&#246;hr commander Col. Nils &#8220;Chris&#8221; Sorenson said earlier this year.

In May, Sorenson urged members of his 30,000-strong military community to seek professional help for problems such as grief, depression, anger and frustration.

&#8220;In light of the recent tragedy at Camp Liberty in Iraq, I would like to again emphasize the medical, behavioral health and counseling services available at our garrison,&#8221; he said.

A $1.5 million traumatic brain injury facility being built next to the Grafenw&#246;hr Health Clinic will complement a larger $3.6 million TBI clinic set to open at nearby Vilseck in January, she said.

TBI sufferers who live at Grafenw&#246;hr and need more intense treatment will be likely to go to the Vilseck clinic, and those needing a less-intense level, the Grafenw&#246;hr clinic, Whyatt said.

The Grafenw&#246;hr TBI clinic will be staffed by a nurse case manager and an assistant, and include telemedicine capabilities and an automated neurological assessment tool. The clinic will be capable of testing a soldier&#8217;s cognitive and neurological functions, she said.

Army officials would not say how many patients it expects to treat at the new clinic or how many soldiers in the community suffer from TBI or behavorial health problems.

&#8220;One of the policies we deal with is reducing stigma,&#8221; Whyatt said. &#8220;There is still such a negative perception of behavioral health in the community. We don&#8217;t want to give people a false impression that we may have behavioral health issues.

Because TBI encompasses a wide range of conditions, releasing the number of TBI sufferers in a community might be misleading, Whyatt said. She added that she does not have the authority to release the figures.

Bavarian Medical Command spokeswoman Jennifer Walsh also declined to release the TBI figures in the community, saying such numbers can only be released by a higher authority. In an e-mail Friday, she said the European Medical Command was &#8220;still checking on current command policy&#8221; to determine if the numbers could be released.

A 2008 Department of Defense survey released last week showed the percentage of soldiers admitting to PTSD-like symptoms rose from 9 percent in 2005 to 13 percent in 2008.

The Defense Department said in October that 48,371 cases of TBI had been diagnosed since 2003.