Taxi service for Kadena residents now gets your car home, too 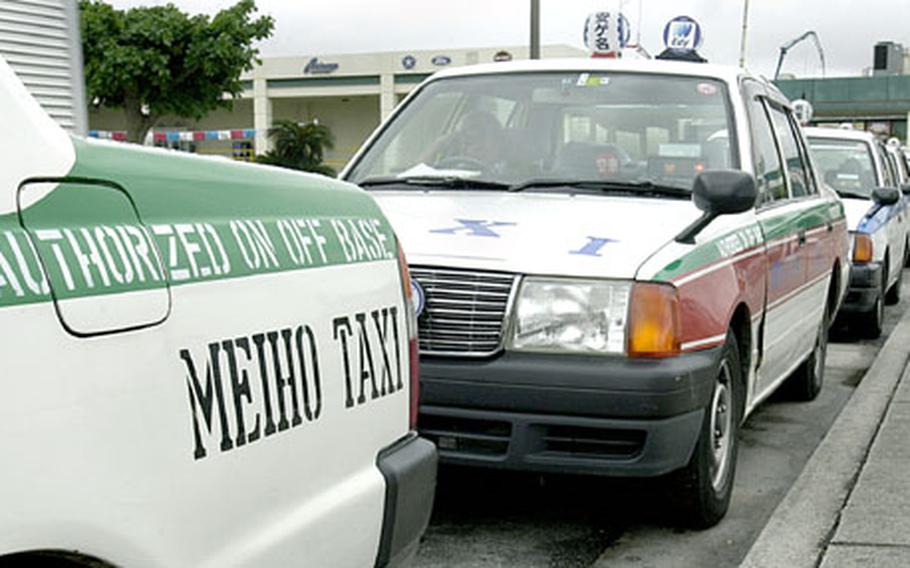 Taxis line up at the Camp Foster post exchange complex waiting for fares Wednesday. Most Meiho drivers authorized to provide the DAIKO service work the night shift, according to one of the drivers. (Cindy Fisher / S&S)

CAMP FOSTER, Okinawa &#8212; Like residents on Okinawa Marine bases, those on Kadena Air Base now have a safer way to get their cars home after drinking: Let someone else drive it.

A request for the service results in two licensed drivers coming to pick up a patron &#8212; one to drive the taxi and the other to drive the customer&#8217;s car to an on-base residence.

Cab companies off base have offered the service for several years. Potter said there has been a push to get the service on bases. The Marine Corps started its program in midsummer.

AAFES approached the 18th Wing Services about offering DAIKO in July. It was approved in September and service started in October, Potter said.

Still, until more local national drivers receive the necessary approval to operate on Kadena, &#8220;you may experience some delay based on demand/time of day,&#8221; said base spokesman Johnathan Monroe.

Call any of the taxi services from on or off base.

The taxi service will send a cab with two drivers to your location.

One will drive to your residence on or off base; the other follows in your car and parks it in your driveway.

Flag down an authorized on/off base taxi. Let the driver know you want the DAIKO service. He will call into his company, which then will send a cab with two drivers to your location.

From an on-base location: A 500-yen charge is added to the single taxi fee.