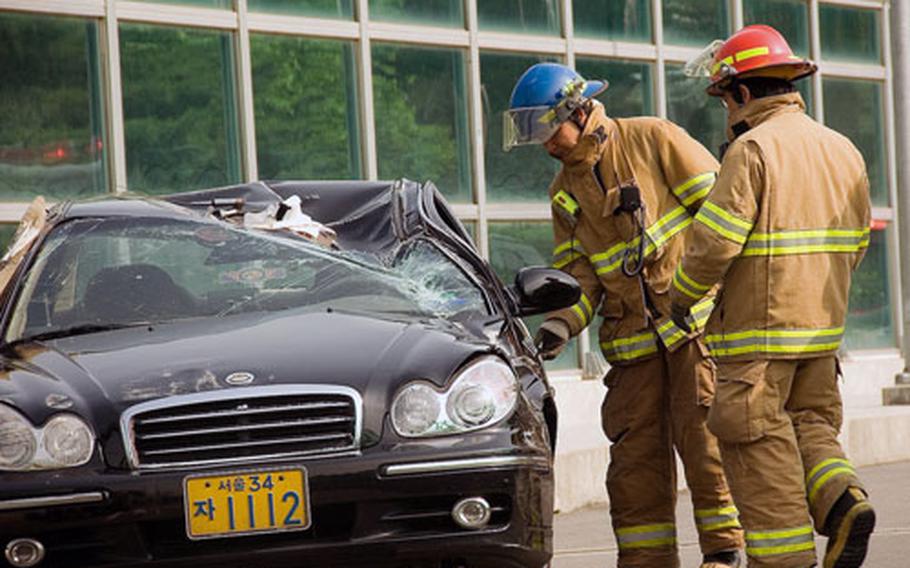 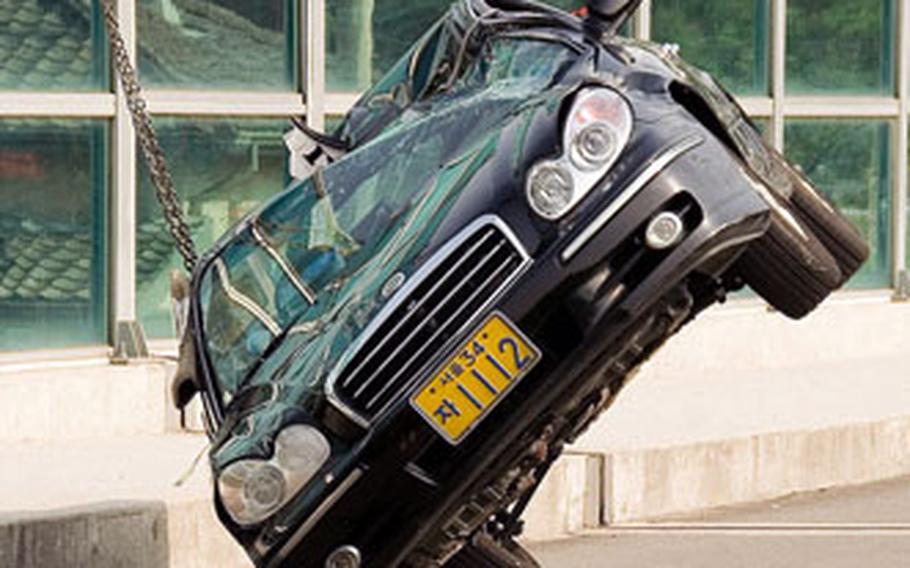 Area II emergency responders winch a taxi upright after it flipped June 16. The cab company said the driver, who reportedly fell asleep, is on medical leave. The accident is under investigation. (David McNally / U.S. Army)

YONGSAN GARRISON, South Korea &#8212; Contract base taxi management officials are awaiting investigation results for a recent crash that sent a driver and passenger to the hospital.

The World Arirang Tourism Co. driver, contracted by the Army and Air Force Exchange Service to provide taxi service on base, admitted to falling asleep about 3:15 p.m. on June 16 while driving on the overpass connecting Yongsan&#8217;s south and main posts, according to an Area II news release. While asleep, his taxi struck a minivan traveling in the same direction, according to the release.

His passenger, an Army sergeant, was not wearing a seat belt. She was transported to the 121st General Hospital, where she complained of pain in her back and arm, according to the news release.

Information on the soldier&#8217;s condition and the status of the investigation was not readily available Friday.

A general manager at Arirang said Friday there was no immediate plan to punish the driver because the military police haven&#8217;t finished their investigation. The driver is taking sick leave, the manager said.

Traffic was rerouted the day of the accident as motor pool workers used a wrecker to flip the taxi back on its wheels, according to Area II.