Taste of home: Krispy Kreme coming to bases in Europe 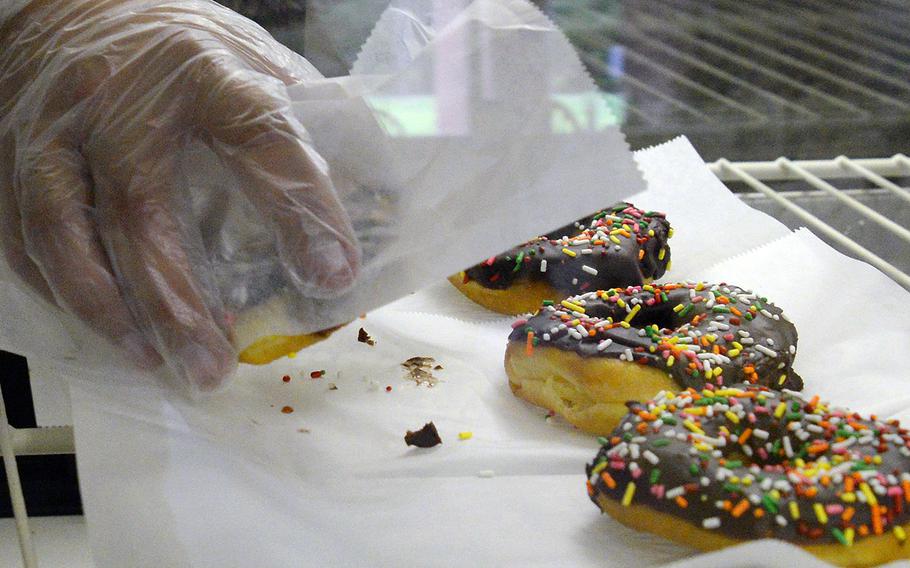 KAISERSLAUTERN, Germany — Whittling off pounds for that next PT test or to be ready for the summer season? You may be in for a challenge.

“In its ongoing efforts to bring a taste of home to soldiers, airmen and their families, the Army & Air Force Exchange is bringing Krispy Kreme doughnuts to U.S. military installations throughout Europe,” AAFES said in a statement Thursday.

Using actual Krispy Kreme equipment, the exchange will produce a wide variety of the signature doughnut offerings in its bakery in Gruenstadt, Germany, where it already produces more than 200 American-branded items ranging from tortilla chips to bread.

The doughnuts will be distributed though exchange stores and commissaries in Germany, Belgium, Bulgaria, Greece, Italy, the Netherlands, Portugal, Turkey and the United Kingdom, according to the exchange.

The doughnuts are expected to be in stores late this summer.