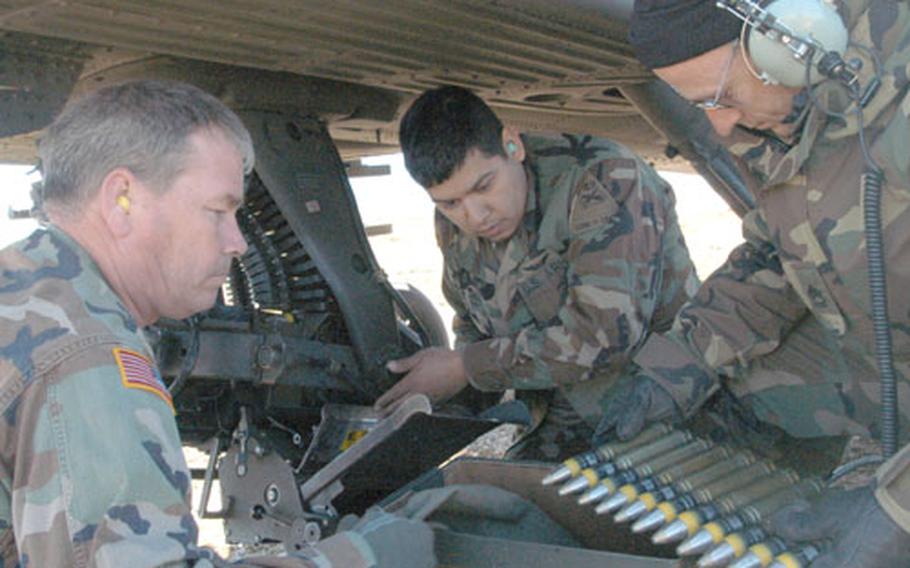 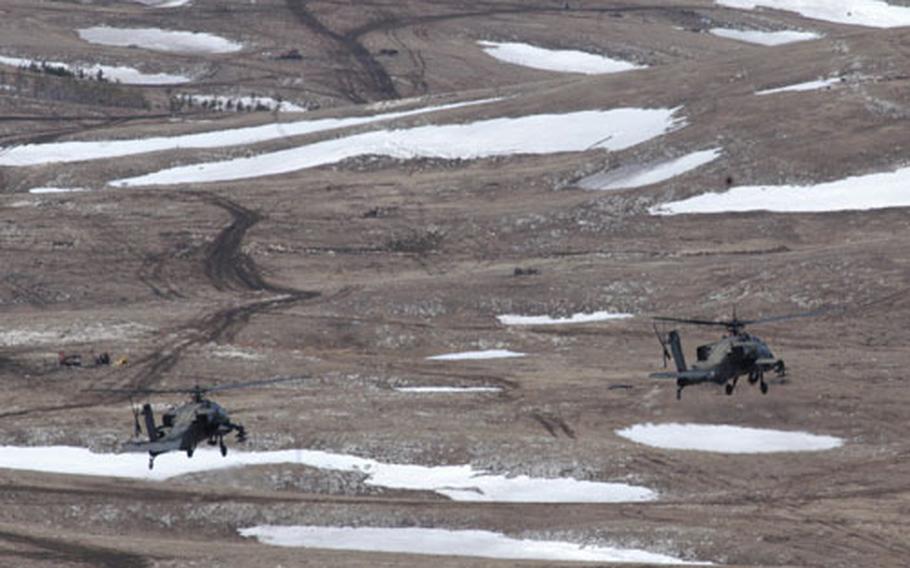 The procedure has been done before, but a long time ago, said Chief Warrant Officer 3 Kurt Grunner, an Apache master gunner and instructor pilot, but it needed to be done again to improve the accuracy.

He tested his Apache weapons system on the first day, and took a seat in a Black Hawk taking other troops to the range the next day to watch fellow soldiers harmonize their helicopters.

Danish troops from Eagle Base had the Glamoc range, one of the largest in the country, reserved for testing of their tanks on the same days the U.S. aviation troops were harmonizing their weapons systems. The Danes ceased fire for an hour each of the three days to allow the American aviators to test the helicopters.

1st Lt. Rawn Willson of Company B, 1st Battalion, 149th Aviation Regiment, an Apache copilot gunner, hopes that in the next six months the country his unit will get a chance to do some simultaneous firing with the Danish troops.

On Wednesday his job was to harmonize the weapons &#8212; make sure that when he pulls the trigger, the round hits where he aimed it.

When Willson used up all the training rounds shooting an old target T-34 tank and landed at the range, Sgt. 1st Class Ric Tinney and his armament platoon reloaded the 30 mm gun, this time with live rounds.

Tinney said the exercise lifted his spirit and that of the crew who normally do not get much time outside Eagle Base. His job is to maintain the helicopter weapons on the base.

The 45-minute flight Tuesday to the training area provided him and his crew an aerial view all the way from northeastern to the southwestern part of the country.