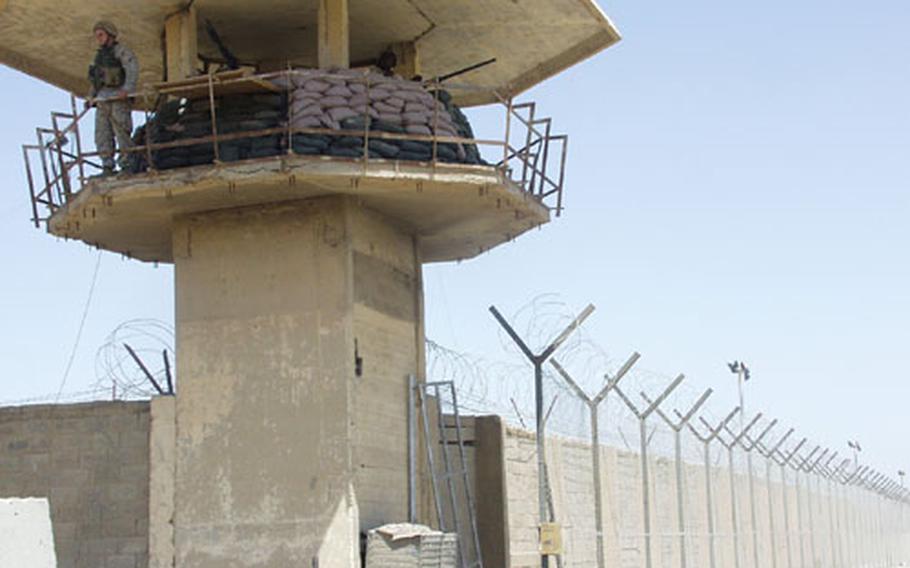 Buy Photo
Outside the correctional facility in Abu Ghraib where detainees are held by U.S. troops. (Charlie Coon/Stars and Stripes)

Buy Photo
Outside the correctional facility in Abu Ghraib where detainees are held by U.S. troops. (Charlie Coon/Stars and Stripes) 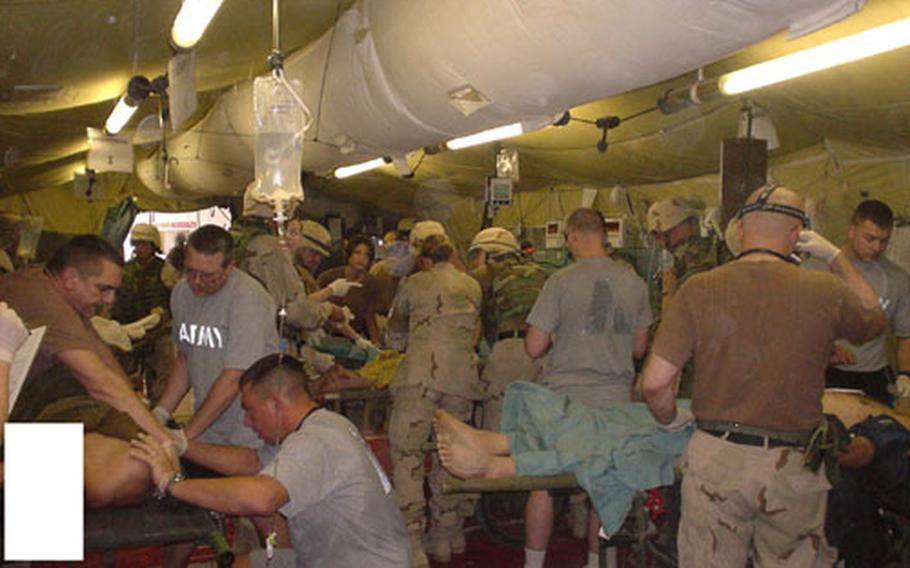 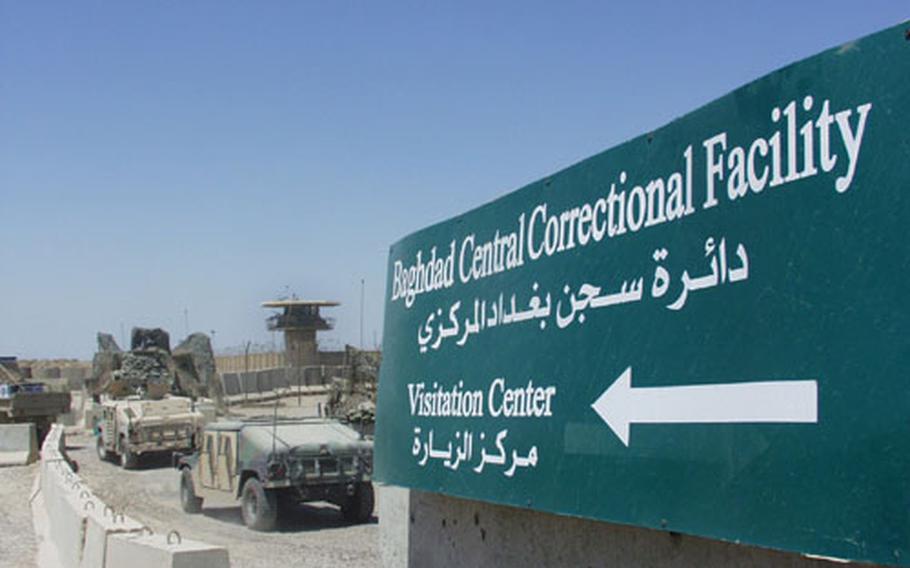 Outside the correctional facility in Abu Ghraib. (Charlie Coon / S&S)

ABU GHRAIB, Iraq &#8212; The mortars exploded in the crowded camp and shrapnel tore through human flesh. The bloodied victims were loaded up and brought to an old warehouse.

The new field hospital at Abu Ghraib prison was open for business.

Abu Ghraib is officially known as the Baghdad Central Detainee Facility. It&#8217;s better known as the place where U.S. soldiers took pictures of themselves with bound, naked prisoners.

The soldiers from the hospital, who call themselves Task Force Oasis, distance themselves from that controversy. They weren&#8217;t even here yet.

Col. Michael Oddi learned in December he&#8217;d be establishing and commanding a hospital within the prison. Trained to treat troops in combat, Oddi said he was disappointed to hear he&#8217;d be doing something else.

Soldiers from W&#252;rzburg&#8217;s 67th CSH arrived in February. Led by 1st Sgt. David Janney, it took five weeks to transform the old warehouse using mostly 2-by-4s, plywood and sweat. The results were basic but functional. The humble living areas have been spruced up as best they can, and there&#8217;s a TV room to chill out.

On April 6, a shower of 60 mm mortars rained down on the encampment. Nine Iraqi prisoners died but more than 20 were kept alive at Abu Ghraib and evacuated by helicopter to a Baghdad hospital for high-level care. Dozens more stayed behind for treatment.

Two weeks later, another shower of mortars &#8212; missile-shaped projectiles filled with explosives and chunks of metal &#8212; were fired into the camp. These were heavier, 120 mm shells about 5-inches thick.

Twenty-two prisoners were killed. Many lost legs or arms.

Today, plastic mats on the treatment-room floor cover up the bloodstains that wouldn&#8217;t wash out. The smell has dissipated. Chunks of concrete are missing from the ceiling from where mortars landed on the roof and exploded.

The 80 guardsmen, reservists and active-duty soldiers who make up Task Force Oasis come from seven units, mostly from the 67th CSH, the 848th FST of Ohio and 801st CSH of Illinois. They are mostly nurses and medics.

Their patients have been imprisoned because they are suspected of attacking coalition troops or pro-coalition Iraqis or knowing people who have. About 3,000 Iraqis are currently being held at the prison, down from a high of 7,000 earlier this year.

Some of the soldiers wrestle with their mission as though they are helping the enemy.

The establishment of the Abu Ghraib hospital has freed up beds at the 31st Combat Support Hospital in Baghdad about 20 miles to the east.

A fund called the Commander&#8217;s Emergency Response Program has been used to buy items for the prisoners such as reading glasses and soccer balls, prosthetics limbs and wheelchairs. Korans, music and movies could come next, depending on the money.

Hospital officials said they&#8217;d like to provide arts and crafts, too, but that won&#8217;t include scissors or pens. Crayons, maybe.

Oddi, who at first was disappointed by his assignment, now says it&#8217;s the best of his 35 years in the Army.

As for the ethics of treating potential enemies of the United States, Col. Craig Bugno of Rochester, Ind., and the 801st CSH, said he doesn&#8217;t have time for soul-searching when his operating room is flooded by casualties.