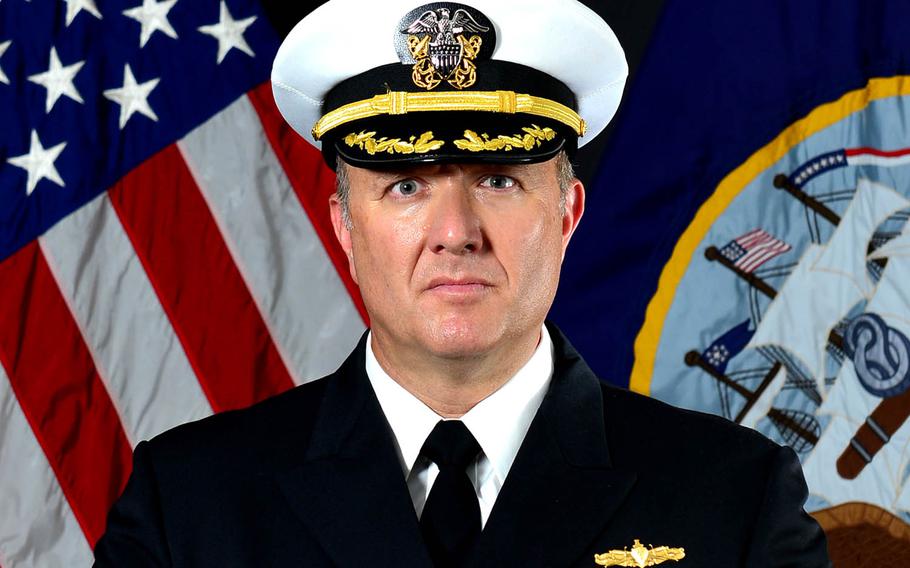 His death is under investigation.

The Henderson, Colo., native was remembered fondly for his personable character, “can do” attitude and engaged leadership, a Navy statement said.

Hayes was a Bronze Star recipient who served 24 years on active duty, the statement said.

“We are deeply saddened by the death of a shipmate and friend,” Dalton said in the statement. “Our sincere condolences are with Capt. Hayes’ wife, children, and entire family. Our staff and the Navy have lost an amazing officer and leader. His time here will leave an indelible imprint.”

Hayes enlisted in 1992 after graduating from the University of Colorado, Boulder, the statement said. He served as a fire controlman aboard the USS Chandler before attending Officer Candidate School in Pensacola, Fla.

Hayes then worked his way up to command tours on the USS Chinook, USS Ponce and later as deputy commander of Amphibious Squadron 3. He also served as flag secretary at Amphibious Group 2, commander of PCU Somerset and as a branch head at the Naval Personnel Command.

He came to Task Force 76 in September after serving as deputy director of OPNAV N173, the Equal Opportunity branch under the Navy’s 21st Century Sailor office, the statement said.

A memorial service is planned for 5 p.m. Friday at the Camp Courtney Chapel.