Tanks and troops arrive in Grafenwoehr 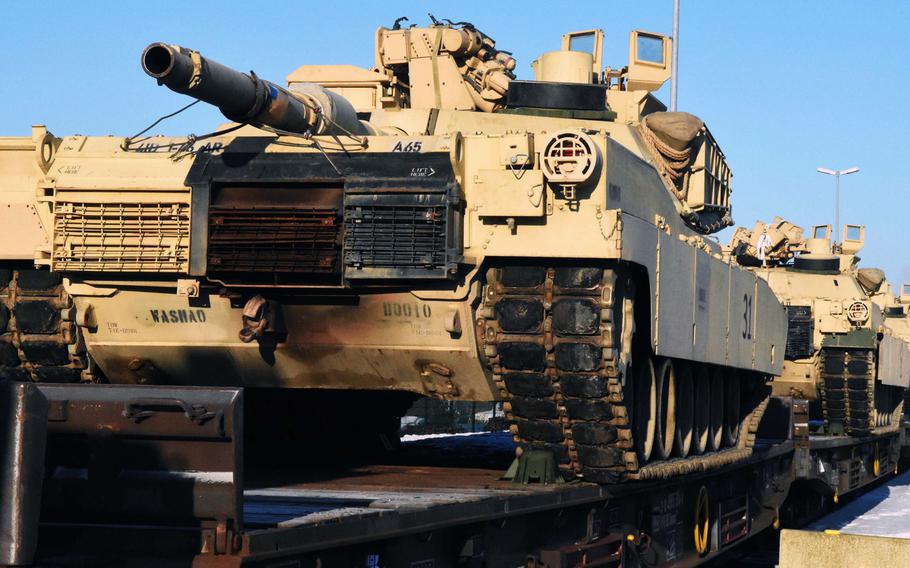 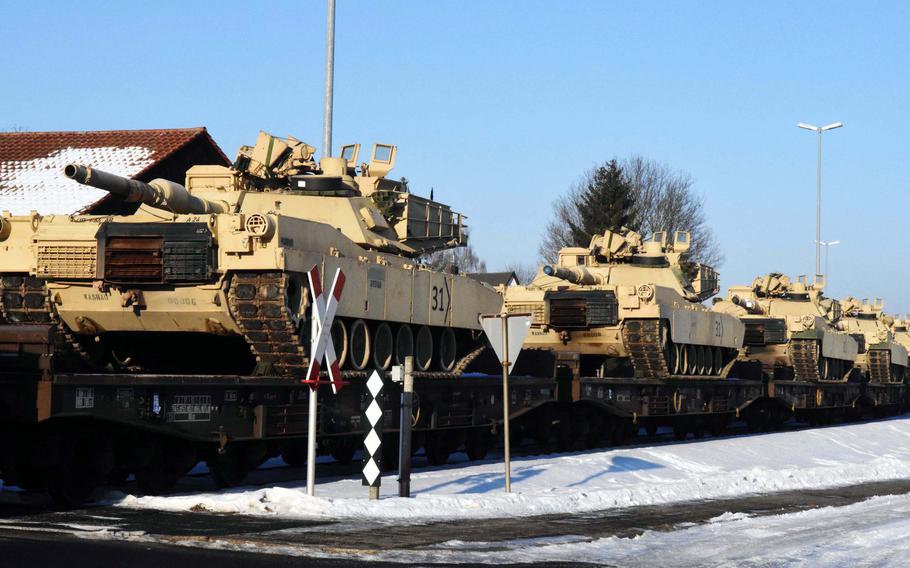 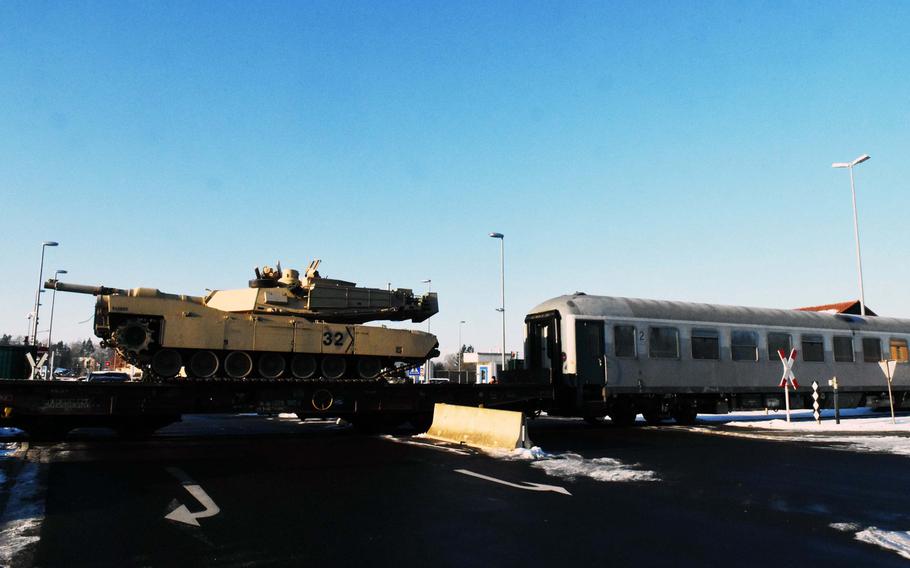 GRAFENWOEHR, Germany — The first contingent of M1 Abrams tanks belonging to the 1st Battalion, 66th Armored Regiment arrived in the Grafenwoehr Training Area for training and maintenance on Friday.

They are the first combined arms battalion to leave Poland to train in Germany. They arrived in Poland earlier in January as part of their nine-month rotation in Europe.

This redistribution of forces is part of America’s effort to maintain a consistent presence in Europe to better protect its allies and increase its ability to respond to potential crises.

“We are the physical manifestation to America’s commitment to deter aggression in Europe and defend our allies,” said Lt. Col. John Gilliam, the regiment’s commanding officer.

“We’re also the brigade’s spearhead. After only 10 days in Poland, we were uploaded and en route to Germany. This showcases our ability to project combat power and quickly respond to anything that might happen.”

This movement included 17 M1 Abrams tanks. The Army will continue to move the arms and manpower of the battalion to the training area throughout next week, amassing a total of 60 tanks in Grafenwoehr.

This is not the unit’s first time in Germany.

“We have deep roots here,” said Gilliam. “We’re America’s oldest tank battalion. In World War II, this battalion, led by General Patton, fought all the way from Normandy to Germany. We had a presence here throughout the Cold War. It’s historic that we’re back.”

While in Grafenwoehr, they will utilize local firing ranges, maneuver areas and other facilities.

“It’s exciting to be a part of this,” Gilliam said. “We’re going to work with our NATO partners and fellow soldiers and demonstrate what we’re capable of.”