Tank crews get a close look at new ammunition 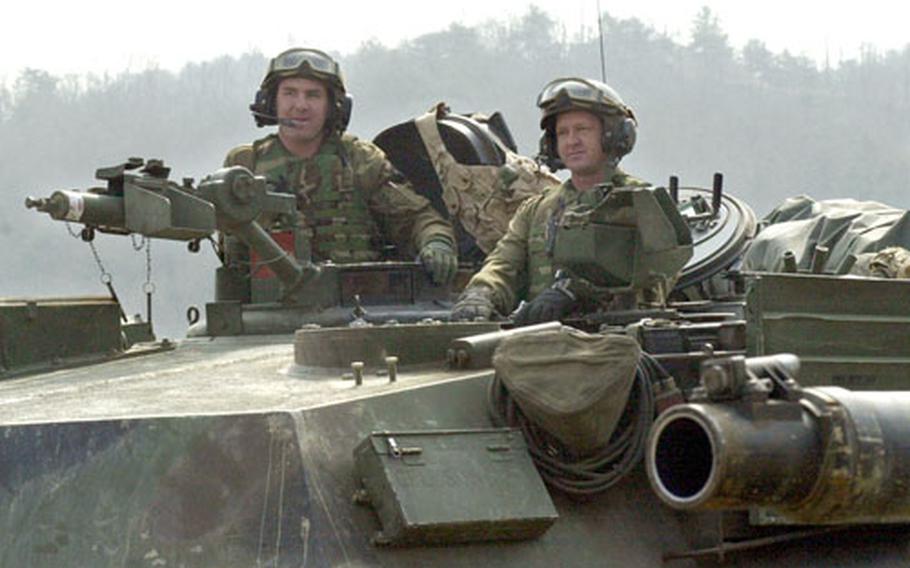 Tank crews at Rodriguez Range in South Korea on Tuesday prepare to try ammunition designed for closer attacks. The M1028 round spreads more than 1,000 ball bearings from its 120 mm casing upon impact. It was tested on vehicles, mines and dummy targets. (Erik Slavin / S&S)

Tank crews at Rodriguez Range in South Korea on Tuesday prepare to try ammunition designed for closer attacks. The M1028 round spreads more than 1,000 ball bearings from its 120 mm casing upon impact. It was tested on vehicles, mines and dummy targets. (Erik Slavin / S&S) 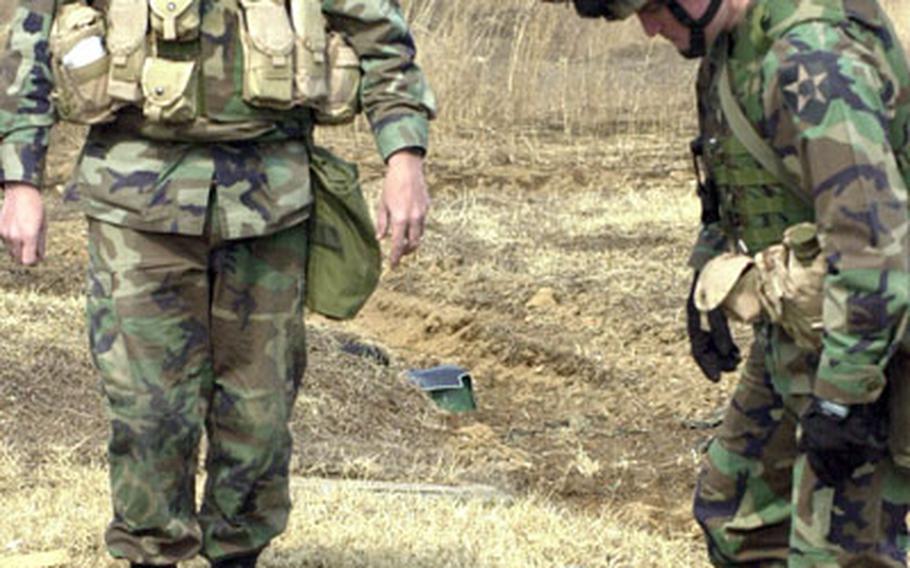 RODRIGUEZ RANGE, South Korea &#8212; For a tank crew, training targets a mere 75 meters away is an unusual experience.

But on Tuesday, they fired a new round designed for taking out individual troops in close quarters.

The M1028 round uses a 120 mm cartridge and comes packed with more than 1,000 tungsten ball bearings that spread out when fired.

The new round is not only a reflection of shifting tactics in today&#8217;s wars, it&#8217;s also a shift in mind-set for soldiers assigned to the tanks.

The tank crews tried the new round on several targets, including a van, troop dummies and walls, at varying ranges.

Some of the soldiers were disappointed when the round didn&#8217;t blow the van to smithereens, they said later. But that wasn&#8217;t really its purpose.

&#8220;It definitely tore it apart with pellet holes,&#8221; said Staff Sgt. Isaac Strother, of the 72nd Armor Regiment. One of the dummies sitting in the van was blown through the passenger-side window, Strother said.

The most surprising result of the day came when the round obliterated a concrete-and-wood-reinforced wall from about 100 meters away.

One tank crewman said he saw the value in using the round, but he would have liked to have seen it do more damage to the dummies used Tuesday. When some of the dummies were examined later, however, they showed extensive ball bearing damage.

Meanwhile, officers and noncommissioned officers observing the tryout were beaming when a crew exploded an antitank mine using the M1028 round.

The brigade should have the new ammunition available for regular training this October, Connolly said.

It will then be incorporated into semiannual crew qualification training once battalion master gunners determine appropriate targetry and scenarios.