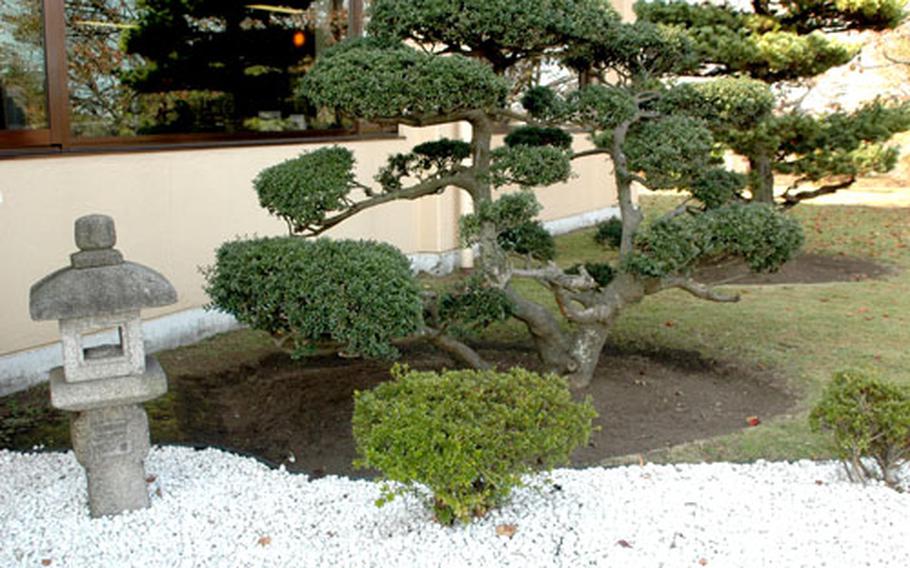 Redecorating the gardens around the clubhouse in a Japanese style is among the renovations at Tama Hills Golf Course, near Tokyo. (Bryce S. Dubee / S&S)

Redecorating the gardens around the clubhouse in a Japanese style is among the renovations at Tama Hills Golf Course, near Tokyo. (Bryce S. Dubee / S&S) 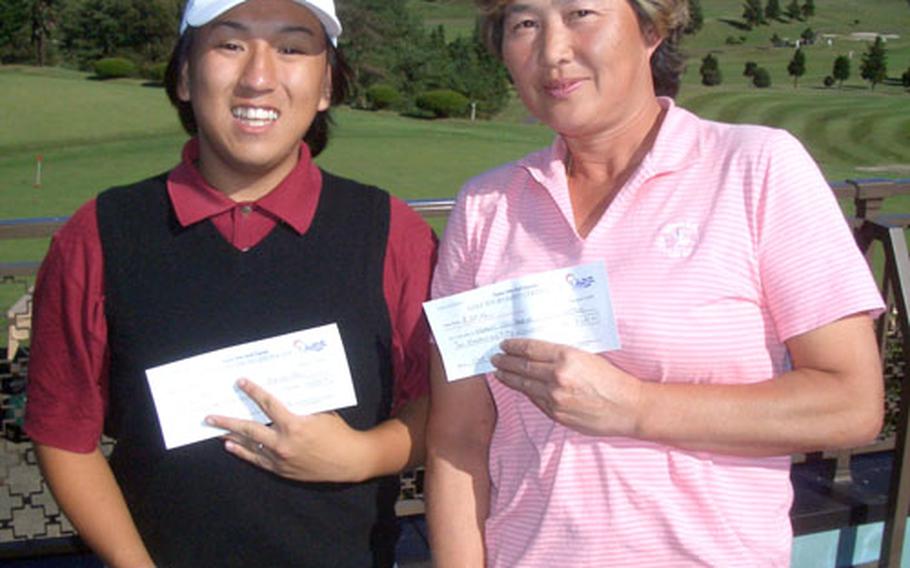 Masato London, 19, left, emerged from a 144-player field in early October to become the youngest men’s winner in the 36-year history of the Tama Hills Golf Course club championship. He’s pictured with Yoko Lofton, who captured the women’s title and went on to win the Kanto Plain Women’s Championship at Camp Zama, Japan, this year. (Chan Thomas / Courtesy of Tama Hills Golf Course) 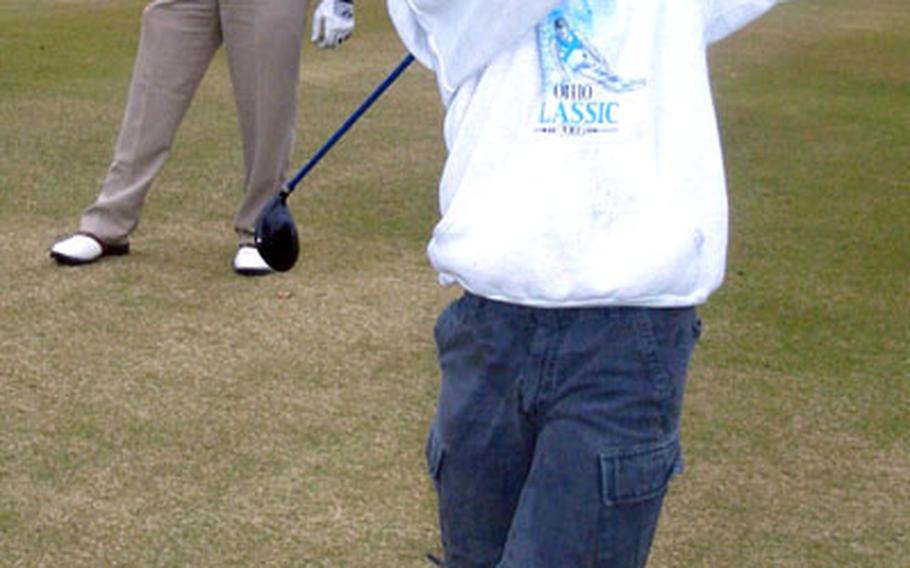 YOKOTA AIR BASE, Japan &#8212; The youth and junior programs at the Tama Hills Golf Course and Yokota Par 3 hit some new lows this year &#8212; which, in the low-score-wins world of golf, is to say they hit new highs.

Both programs had banner years in 2006. In September, a 9-year-old nailed a hole-in-one on base following a weeklong clinic. In October, a 19-year-old alumnus emerged from a 144-player field to become the youngest men&#8217;s winner in the Tama Hills club championship&#8217;s 36-year history.

Kids&#8217; golf lessons at Yokota date to the 1970s, when Chuck Campbell and Eugene McDaniel taught younger golfers at the base&#8217;s par 3 course.

After Tiger Woods exploded on the scene in 1997 and golf&#8217;s popularity soared, the Air Force began looking at ways to expand its youth and junior efforts globally, Brookover said. The result: two PGA-sanctioned programs, Golf 4 Kids and, at Pacific Air Forces bases only, Golf 4 Juniors.

The beefed-up program took shape at Yokota and Tama Hills in 2003, Brookover said. Since then, more than 1,000 students ages 6-17 have taken part. That includes 235 this year.

She said the response &#8220;paved the way for additional programs with parents, family nights, DODDS teachers&#8221; and clinics in school physical education classes.

When Nathan Graham, 9, teed off with his father, Lt. Col. Scott Graham, 730th Air Mobility Squadron, at Yokota&#8217;s par 3 course, the boy had two years of lessons and recently had finished a five-day instructional session.

When he got off a solid tee shot at No.4, several people happened to be watching &#8212; which was fortunate, because that shot bounced up onto the green and rolled into the hole for an ace.

Tama Hills officials said 2007 fees have yet to be determined but no major program changes are on tap. Youth and junior programs cost $65 per player this year, which covered 10 hours of instruction, a barbecue party, a new set of junior clubs, mini-tournament and other special events throughout the year.

Classes run from March through October.

TAMA HILLS GOLF COURSE, Japan &#8212; A two-year revitalization of the Tama Hills clubhouse is to continue until 2008, but staff members also are tackling several improvements on the course as the peak playing season winds down at winter&#8217;s approach.

Perhaps the biggest changes being made are to the 18th hole.

As a stopgap to protect a nearby Japanese neighborhood, the hole&#8217;s configuration had been simplified and it had been made a par 3. But a new net barrier near the tee box, to keep wayward shots from landing in the residential area, let officials return the hole to its original dogleg configuration and par 4 status.

A mega-bunker also is being built all along the fairway&#8217;s left side.

All greens will be renovated and landscaping is planned around the first and 10th tee boxes.

The clubhouse restoration, which began at the end of 2004, is being carried out in phases.

&#8220;Our goal is to have all the improvements made by sometime in 2008,&#8221; said Tama Hills Golf Course management assistant Crystal Brookover. &#8220;But we&#8217;re trying to remain flexible and see that the project is conducted with care and the utmost quality, so this is subject to change.&#8221;

The project, aimed at aesthetic improvements to the entrance, hallway and clubhouse exterior, also will include new lockers inside for male and female golfers. The Tee House Restaurant will get new kitchen equipment, furniture and a patio enclosure.