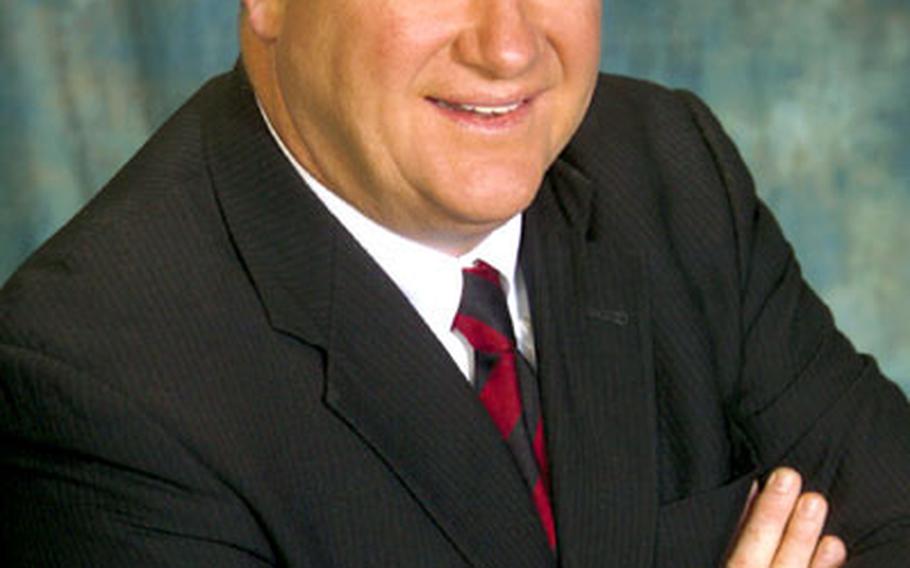 WASHINGTON &#8212; A liberal talk show host scheduled to begin broadcasting on Armed Forces Radio on Monday is blaming political payback for a last-minute decision to shelve the show.

Ed Schultz, whose daily radio show is broadcast in about 100 markets in the United States, said he believes his on-air comments last week criticizing Pentagon officials prompted them to scuttle plans to send the show overseas, despite months of planning.

Producers had been told by AFN in September that the first hour of the show was to begin airing overseas for troops on Monday.

But on Monday morning, producer James Holm said, he received a call from Deputy Assistant Secretary of Defense Allison Barber saying the show would not be put on the network until officials had more time to review the decision.

Whitman said AFN is in the process of reviewing its slate of radio shows, and said he expected officials would announce several changes in the near future. But he said the confirmation given to the Schultz show producers was premature, and no decisions about adding shows have been finalized.

Holm said his staff had been planning a special military-oriented broadcast Monday, focusing the first hour of the three-hour show on veterans benefits issues and armor-availability questions.

Currently, the Armed Forces Radio lineup includes radio personalities such as Rush Limbaugh, Laura Schlessinger and Paul Harvey, as well as news headlines from CNN and The Associated Press.

On Friday, Schultz&#8217;s show focused on the controversy surrounding Barber&#8217;s pre-event briefing with troops scheduled to talk with President Bush during a nationally televised event Oct. 13.

Barber was shown on television discussing the process with troops for the teleconference with Bush. Pentagon officials said the participants were simply being prepared for the event and not being told what to say.

Barber is the head of the Office of Assistant Secretary of Defense for Public Affairs and Internal Communications, which includes oversight of the Pentagon Channel and Stars and Stripes as well as American Forces Radio and Television Services.

On Monday afternoon, after Schultz announced the change on the air, callers to his show railed against the Pentagon and the Bush administration for what they called censorship of liberal views.

Holm said he was not told when a decision will be made whether to air the show on AFN, but Schultz&#8217;s team is hoping something can be worked out.