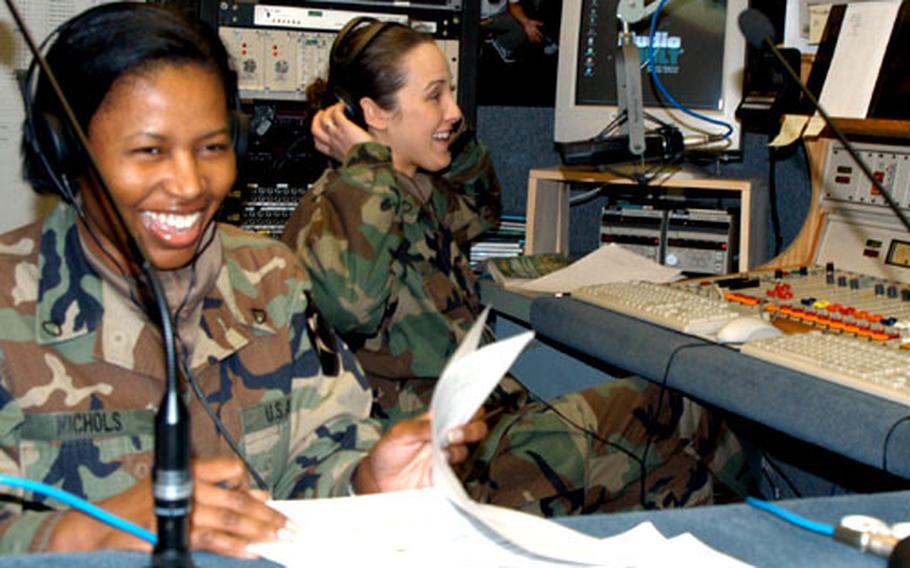 CAMP FALLING WATER, South Korea &#8212; Talk radio focused on the 2nd Infantry Division soldier is coming back to Area I, more than a year after a similar show was canceled.

Soldiers called with questions about King&#8217;s life and times and his impact today.

Mee and Nichols said their role is to keep the discussion focused on the topic. &#8220;The point of the show is to direct them into what we want them to talk about &#8230; to stay on track. We could have run off into the civil rights movement or Malcolm X but we kept the show on MLK,&#8221; Nichols said.

Soldiers&#8217; questions are an important part of the show. &#8220;We are trying to make this more interactive with the soldiers. We have soldiers as panelists as well as subject matter experts,&#8221; Nichols explained.

Later shows will focus on BOSS (Better Opportunities for Single Soldiers) programs, how to take advantage of the GI Bill, how to get promoted quickly, MWR activities, barracks life and alcoholism.

Nichols was not a fan of talk radio before taking on the show.

Mee, on the other hand, is a talk radio junkie and cites talk-back hosts Dr. Laura Schlesinger and Art Bell as inspirations.

Anyone who would like to be a guest or panel member, ask a question, or submit an idea for a show topic may send an e-mail to 2IDTalkRadio@afnkorea.com.