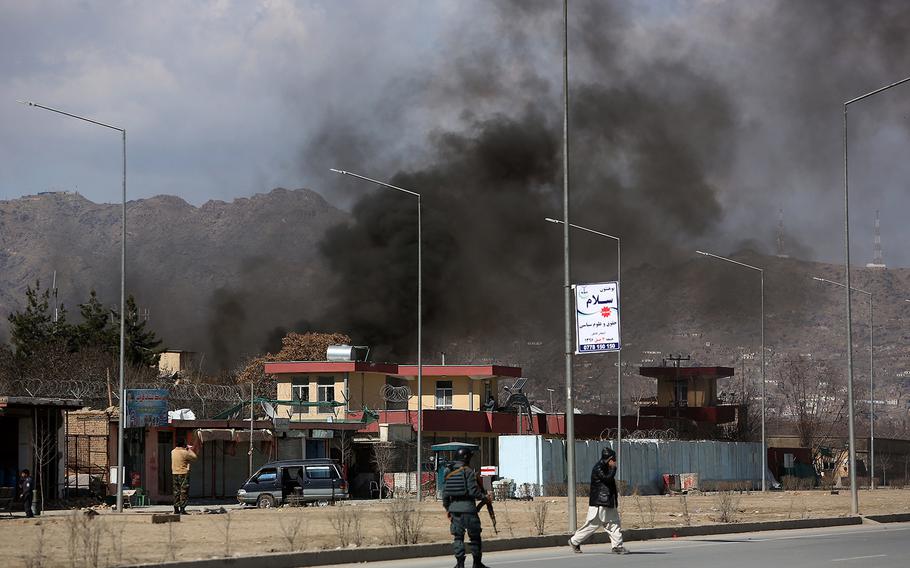 He said a separate suicide bomber attacked an office of Afghanistan’s intelligence agency, the National Directorate of Security, in an eastern district about the same time. The bombings were followed by gunfire between attackers and security forces.

Taliban insurgents claimed responsibility for the attacks, saying they also hit a military academy and recruitment center in the western part of the city.

Kabul police spokesman Basir Mujahid said 15 people were killed and 50 others, mostly civilians, were wounded in total. School children were among the casualties, he said.

“It’s just shameful,” said Brig. Gen. Charles Cleveland, the spokesman for U.S. and NATO forces. “When we see these types of events, it absolutely reaffirms what it is we are here to do.”

On Tuesday, United States Forces-Afghanistan confirmed that the Taliban commander for Kunduz, Mullah Salam, had been killed in a joint operation with Afghan forces.