Taliban, blamed for kidnappings, say they will attack Afghans despite US peace deal 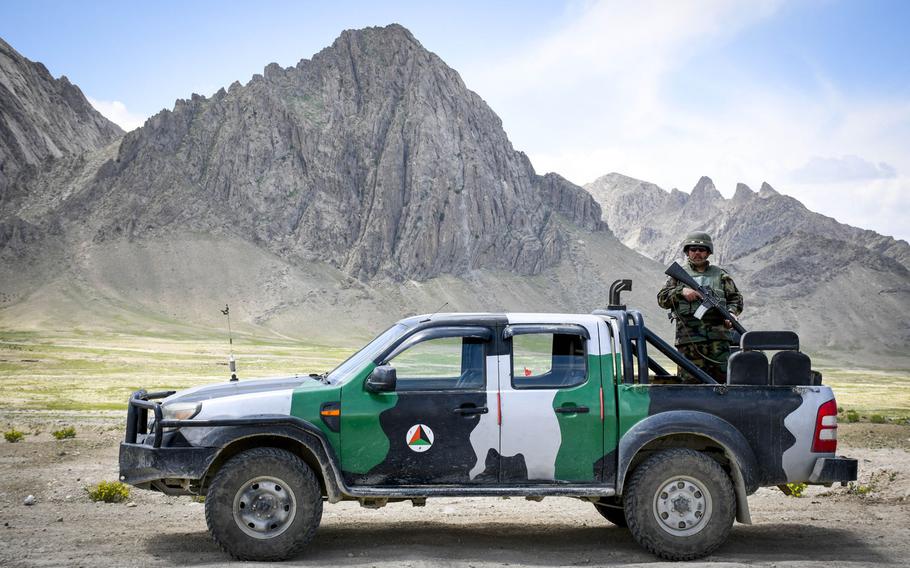 An Afghan soldier guards a highway checkpoint in Logar province on May 2, 2019. The Taliban have resumed offensives against Afghan government forces, days after a partial cease-fire ended and the signing of a peace accord with the U.S. (J.P. Lawrence/Stars and Stripes)

An Afghan soldier guards a highway checkpoint in Logar province on May 2, 2019. The Taliban have resumed offensives against Afghan government forces, days after a partial cease-fire ended and the signing of a peace accord with the U.S. (J.P. Lawrence/Stars and Stripes) 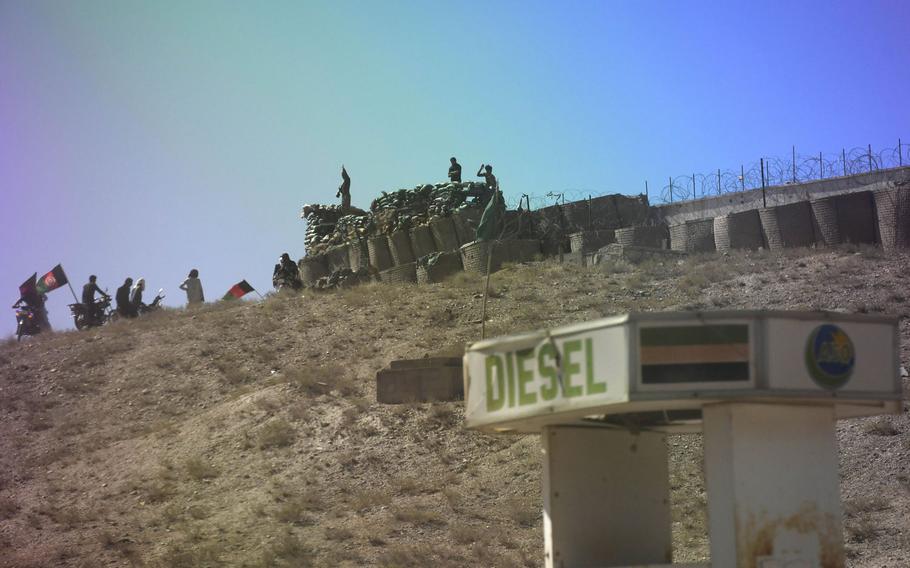 A small checkpoint in Taliban territory in Baracki Barak district, Logar province, is seen in June 2018. The Taliban have resumed offensives against Afghan government forces, days after a partial cease-fire ended and the signing of a peace accord with the U.S. (J.P. Lawrence/Stars and Stripes)

KABUL, Afghanistan — The Taliban said they will resume attacks against Afghan government forces, just two days after signing a deal with the United States meant to end the war in Afghanistan.

The group also kidnapped dozens of civilians in a province southwest of Kabul over the weekend, Afghan government officials said Monday.

The hostilities resumed after the signing of a U.S.-Taliban deal Saturday that would start a phased 14-month withdrawal of U.S. and allied troops, in exchange for Taliban promises to prevent terrorists from operating in the country, stop waging war on the U.S. and its partners, and initiate peace talks with the Kabul government.

The signing was conditioned on a seven-day partial cease-fire. A Taliban letter shared Monday with Stars and Stripes by a person with links to the militant group called on fighters to attack Afghan forces, but not U.S. or foreign forces.

“After signing the agreement, once again the Mujahedeen (fighters) of the Islamic Emirate are advised to start their attacks against the puppet Kabul administration,” said the Taliban letter, which the person provided on condition of anonymity.

The Taliban did not return calls Monday seeking comment, but news service AFP reported a spokesman for the militants said the group would resume “operations.”

Top officials at the Pentagon on Monday indicated they were not surprised the Taliban would return to attacking Afghan forces, but they called on the group to gradually reduce violence across Afghanistan as measures in the new agreement are implemented.

Defense Secretary Mark Esper and Army Gen. Mark Milley, the chairman of the Joint Chiefs of Staff, signaled cautious optimism about the agreement, while stressing an end to the nearly two-decade war remained in the distant future.

“This is going to be a long, winding, bumpy road,” Esper told reporters. “There will be ups and downs. We’ll stop and start. That’s going to be the nature of this over the next days, weeks and months.”

Afghan officials in Maidan Wardak province, which neighbors Kabul province, said 55 civilians were kidnapped by the Taliban in connection to the deal’s provision pledging a large-scale prisoner exchange ahead of intra-Afghan talks.

“The reports we got from the district suggest that the Taliban abducted these people to swap them in the coming days for their prisoners,” said Muhibullah Sharifzai, spokesman for the provincial governor.

Milley said the United States was evaluating the reports of that incident, telling reporters that he was not certain who was responsible. He also described expectations that violence would suddenly end across Afghanistan after the agreement Saturday as unreasonable.

“This is a significant step forward – this agreement. And it’s going to lead to inter-Afghanistan dialogue that ultimately leads to a peace agreement,” Milley said. “But to think that’s it’s going to go to zero [violence] immediately – that probably is not going to be the case.”

The U.S.-Taliban agreement calls for up to 5,000 Taliban prisoners and up to 1,000 pro-government prisoners to be released by March 10. Afghan President Ashraf Ghani, who was excluded from the deal negotiations at the Taliban’s insistence, said any releases should be discussed during intra-Afghan talks planned for next week.

It was unclear whether the United States viewed the Taliban’s actions as contrary to the agreement.

Esper said Army Gen. Scott Miller, commander of U.S. forces in Afghanistan, would be largely responsible for such decisions on the agreement’s status.

The accord calls for permanent cease-fire talks but does not explicitly require the Taliban to stop fighting the Afghan security forces.

Miller said Monday that the U.S. expects the Taliban to be “serious” about their obligations in the deal.

“The United States has been very clear about our expectations—the violence must remain low,” Miller said on Twitter through a spokesman.

The U.S. Embassy in Kabul did not immediately respond to a request for comment Monday.

U.S. military officials in Kabul referred questions to the Afghan Interior Ministry, which was not a party to the agreement signed Saturday.

Secretary of State Mike Pompeo did not say what level of violence would constitute a violation of the agreement while being questioned Sunday by Margaret Brennan on CBS’s “Face the Nation.”

“Look, we can’t get into hypotheticals about what it would take exactly, but there is a detailed set of commitments that the Taliban have made about the levels of violence that can occur, the nature of what’s got to take place,” Pompeo said. “It’s going to be rocky and bumpy.”

There is a “deep, complex, well-thought-out, multi-month-negotiated verification complex and mechanism by which we can observe and hold every member of the agreement accountable,” Pompeo said, though officials have not disclosed the details of that mechanism.