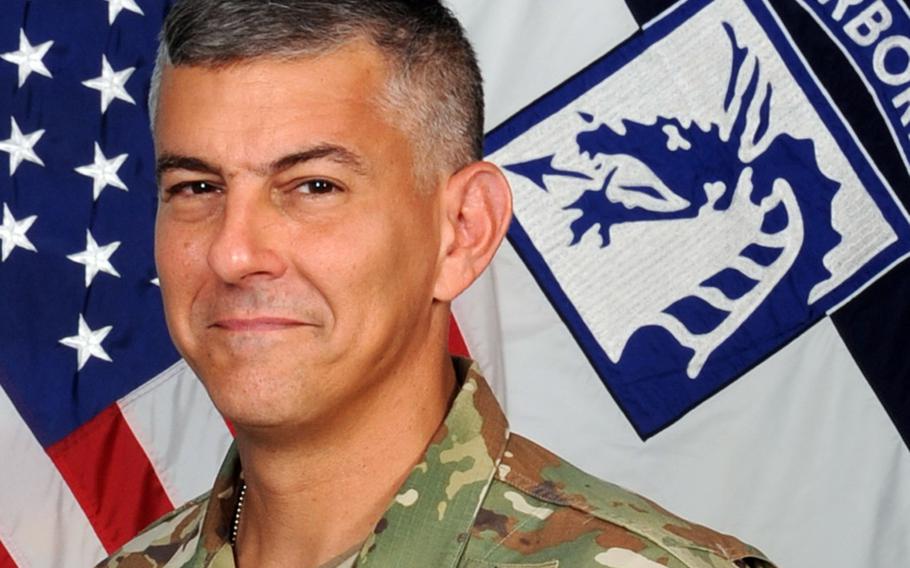 IRBIL, Iraq — Lt. Gen. Stephen Townsend, commander of the U.S.-led anti-Islamic State coalition in Iraq and Syria, on Thursday congratulated Prime Minister Haider al-Abadi and the Iraqi Security Forces on their “swift and decisive victory in Tal Afar,” as ISIS continues losing ground in the country.

U.S.-backed Iraqi forces made swift work of the town in northern Nineveh province, about 50 miles west of Mosul. In 12 days, the Iraqis cleared the town and its outlying areas of militants, liberating one of the last remaining ISIS strongholds in Iraq.

“Tal Afar has been liberated,” Abadi said in a statement. “We say to the Islamic State fighters: Wherever you are, we are coming for you and you have no choice but to surrender or die.”

The offensive on Tal Afar began on Aug. 20, with Iraqi forces advancing on five axes toward the center of the town, where an estimated 2,000 militants were holed up. The coalition, which provides equipment, training, intelligence, precision strikes and combat advice, had estimated 10,000 or more civilians remained in the town, which had a population of 200,000 before it fell to ISIS in 2014.

All of Tal Afar’s neighborhoods were declared liberated by Sunday. But Iraqi forces pursued several hundred militants who had fled to a district northwest of the town and fought a street-to-street battle in an outlying village.

The victory in Tal Afar marks the fall of ISIS in Nineveh province, where the terrorist group declared its global caliphate three years ago. But government forces still have work to do to fully secure the province, which includes Mosul.

“While the city and critical infrastructure are under ISF control, dangerous work remains to completely remove explosive devices, identify ISIS fighters in hiding and eliminate any remaining ISIS holdouts so they do not threaten the security of Tal Afar in the future,” the U.S.-led coalition said in a statement.

ISIS has lost more than 90 percent of the territory it once held in Iraq, the coalition said. But the group still controls enclaves that include the towns of Hawija, south of Kirkuk, and Ana, Rawa and Qaim in western Iraq near the border with Syria.

Coalition officials say the Iraqis may mount more than one simultaneous campaign to liberate the remaining ISIS redoubts. None of the remaining urban strongholds are half the size of Mosul, Iraq’s second-largest city and the site of a nine-month battle that ended in July when it was fully liberated from the militants who had held it for three years.

“Following their historic liberation of Mosul and now a swift and decisive victory in Tal Afar, (Iraqi forces) have shown ... they are an increasingly capable force that can protect the Iraqi people, defeat ISIS ... and secure the country’s borders,” Townsend said.

U.S. advisers have said that the Iraqis’ performance has gotten much better in their three years of battling the militants, especially after the fall of Mosul and the rapid liberation of Tal Afar.

“They are improving,” said Army Lt. Col. Dan Gibson, commander of Task Force Black Falcon, which supported the Iraqi advance on Tal Afar with close fire support from U.S. artillery. “Their leaders are getting more competent and more skillful.”

Still, U.S. commanders say they are committed to supporting their partners until ISIS is fully defeated.

“We’ll be here as long as they need it,” Gibson said.