Taking a break to have a ball 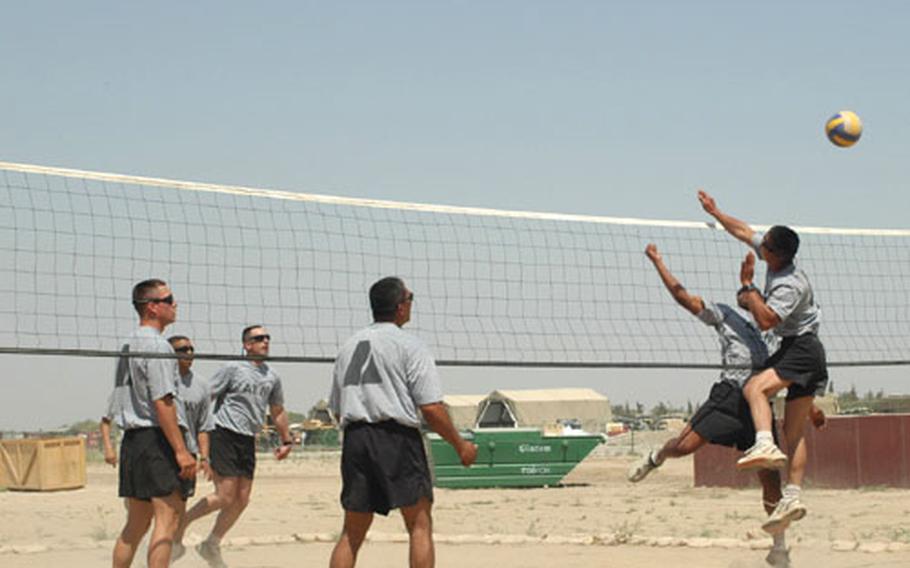 Saturday evening, troops were treated to a Harley-Davidson bikers&#8217; rally, which was expected to draw up to 300 people. The event offered giveaways from stateside motorcycle companies.

For others, it was an escape from the day-to-day routine.