‘Tail spotter’ hobbyists counted on by UK, US militaries to watch for suspicious behavior 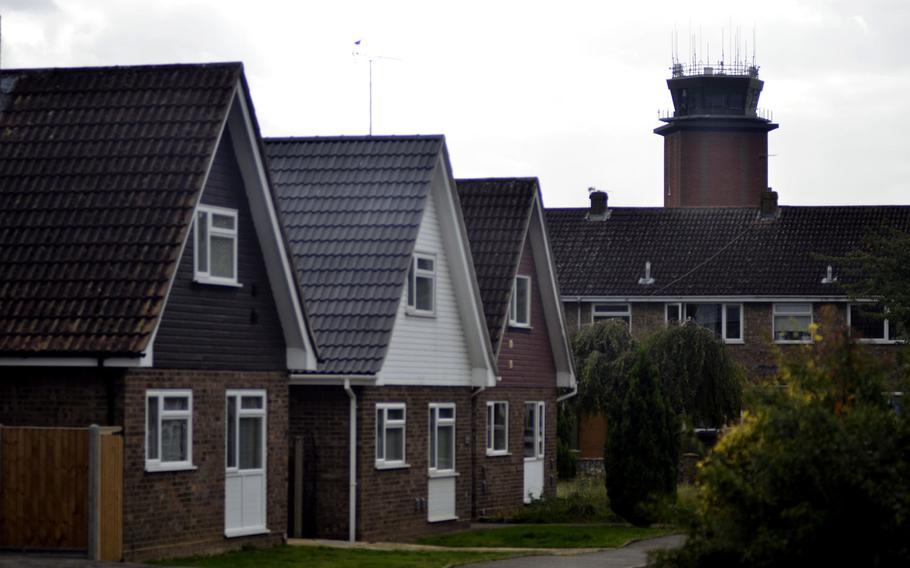 Buy Photo
A view of the RAF Mildenhall radio tower from the nearby village of Beck Row, England, Oct. 3, 2017. Public housing and commercial businesses surround most of the base's perimeter. (William Howard/Stars and Stripes)

Buy Photo
A view of the RAF Mildenhall radio tower from the nearby village of Beck Row, England, Oct. 3, 2017. Public housing and commercial businesses surround most of the base's perimeter. (William Howard/Stars and Stripes) 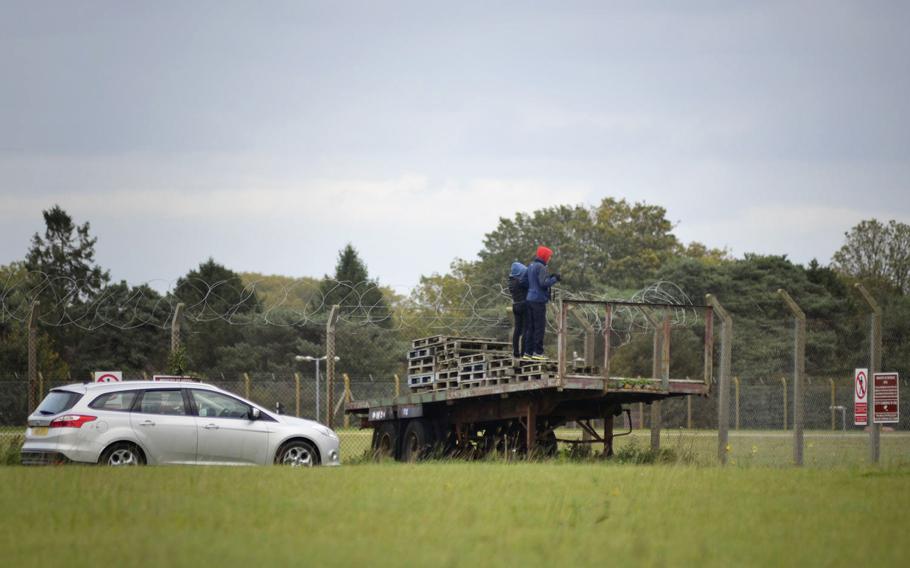 Buy Photo
Aviation enthusiasts take pictures of a flight from RAF Mildenhall, England, at the Nook Campsite, Oct. 3, 2017. Visitors can pay to stay for a day or overnight. (William Howard/Stars and Stripes) Buy Photo
Aviation enthusiasts take photographs of an RAF Tornado taking off from RAF Lakenheath, England, near the base's viewing area, Oct. 3, 2017. People have legally taken footage of military operations in the United Kingdom from outside base fence lines since the 1950s. (William Howard/Stars and Stripes) 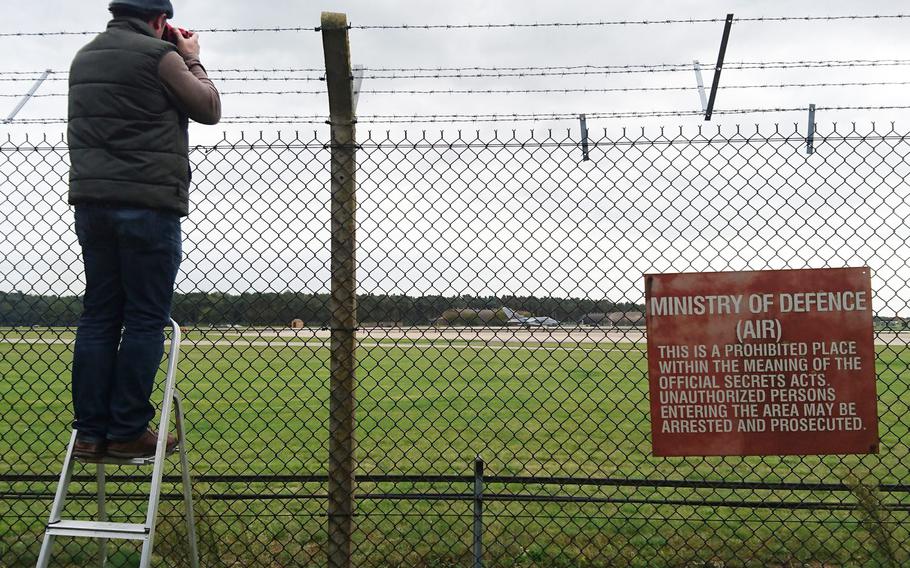 RAF MILDENHALL, England — For U.S. servicemembers bombarded by messages from commands and commercials on the American Forces Network to practice operational security, the idea of civilians regularly tracking planes that may be on sensitive missions can be a startling one.

But in the United Kingdom, it’s part of a system that military officials say boosts security around the bases, thanks to reporting programs offered by the Defense Ministry and the U.S. Air Force.

Aviation enthusiasts, nicknamed tail spotters, have legally taken footage of military operations from outside base fence lines since the 1950s.

“The U.K. has no law for taking photographs of aircraft or structures from outside establishments,” Defense Ministry police constable Paul Glover said.

In the program, tail spotters are vetted by the ministry with criminal background checks and issued laminated registration cards for quick reference by security forces.

“Spotter Watch is a group of like-minded people,” Glover said. “They generally self-police and the idea is to have extra eyes and ears. If someone strange shows up then they contact us.”

Glover added he hopes to add a phone messaging option in the future to give people more anonymity when reporting possible terrorist or criminal activities.

More than 250 individuals have joined the group with the incentive of free base tours scheduled throughout the year, but will be removed if they don’t abide orders given by law enforcement, or if they’re caught trespassing on private property.

Members of Spotter Watch are often seen near the RAF Lakenheath viewing area or at the Nook Campsite next to RAF Mildenhall, looking as though they’re just having a day out at an air show with a cup of tea and a telephoto lens.

Some spend all day or even several weeks on holiday listening to radio communications from the bases’ towers while photographing takeoffs and landings.

“There’s no offense to listen to radio communications,” Glover said. “They generally can’t transmit but only receive.”

While not as quick to disseminate information or respond to immediate threats, the U.S. Air Force-wide program called Eagle Eyes also provides a 24-hour hotline to report suspicious activity.

“Tail spotters are very interested in our flying operations and we appreciate their community support,” and RAF Lakenheath spokesman said in a statement. "In general, they can be counted on to report any suspicious behaviors both in the tail spotter viewing area and online."

Still, it’s not difficult to see why spotters could be perceived as a concern, since they publish information online. Information posted by plane spotters inadvertently exposed the CIA’s covert extraordinary rendition program in 2005-06, when London’s The Guardian newspaper published a series of stories on the secret interrogation program.

Since then, it’s become even easier to find information on military flights. Anyone can follow a flight path with a free app on a smartphone.

“There’s a couple of websites out there that are like virtual radar screens that work off the aircrafts’ transponders,” said local aviation enthusiast Steve Buckley. “It’s all there in the public domain.”

Buckley began posting flights to and from the bases about 18 months ago on the Mildenhall & Lakenheath Movements Facebook page.

“With Mildenhall closing in the next seven years’ time I wanted to keep a record of what passes through,” Buckley told Stars and Stripes. “The variety of aircraft that comes through is a major attraction to us.”

“If it’s a tactical mission, what we call a live mission, they’ll use a completely different call sign that doesn’t make sense,” Buckley said. “We have a golden rule that if we see one of those we don’t mention them. If anyone posts anything it instantly gets deleted.”

Many of the local tail spotters agree their hobby is not worth compromising anyone’s security.

“We do realize that if we go posting the wrong information, we could get somebody injured or even killed and that we don’t want. That’s the last thing we want,” Buckley said.