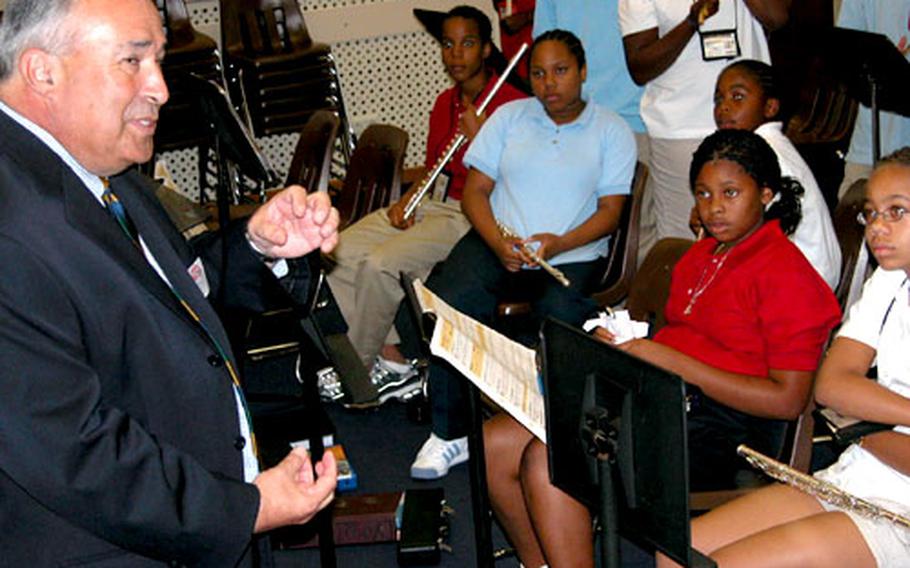 SCHWEINFURT, Germany &#8212; The possible transformation of the U.S. military in Europe could mean big changes for its schools.

Hopefully, the students and their teachers won&#8217;t be harmed along the way, the head of the Department of Defense Education Activity said Tuesday.

An overhaul of the military in Europe is expected to take years. No timeline has been given. Some changes being discussed include closing bases and moving troops to Eastern Europe, Africa and back to the United States.

One issue being looked at is how to keep teachers from bailing out in search of other jobs, Tafoya said.

&#8220;If we know a school is going to close in two years, we don&#8217;t want to transfer people in there and then have to move them again,&#8221; said Tafoya, who on Tuesday met with students and teachers at Schweinfurt Middle School.

&#8220;Likewise, we don&#8217;t want to have a brain drain from these schools. If Schweinfurt is identified as closing in two years and all these fine teachers want to transfer next year so they can get a good job, then this school would be left for a period of time without an experienced staff who knew the kids and the community.

Tafoya said that might include offering incentives for teachers to stay until a school closed and then giving them first dibs on other jobs in the military school system.

Tafoya, a former math teacher and principal in the United States, said he was touring Europe schools this week as part of his desire to visit each DODEA school.

Benjamin Mikkelson said some of the classrooms are cramped. But he added that students &#8220;who want to do well&#8221; can succeed.

Hana Hall said &#8220;great parents&#8221; can motivate their children and help them with their schoolwork.

Tafoya said the deployment of many parents to Iraq and other places has caused teachers and administrators to be extra supportive of their pupils.

Almost all of the 20 children shot up their hands.

One young boy in the back turned around and looked at principal Dr. Eldrena Durham. His eyes opened wide, then he smiled and raised his hand, too.