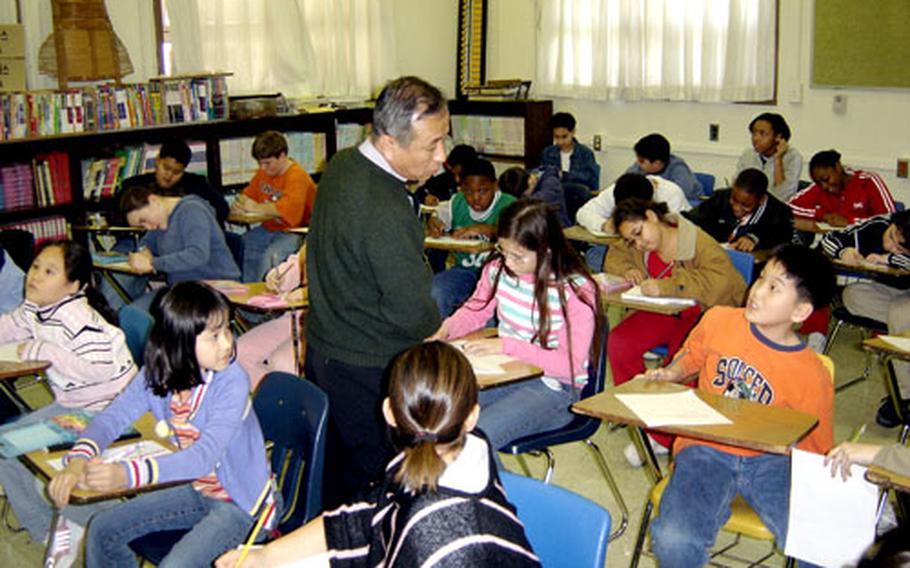 At Taegu American School in Taegu, South Korea, Chin Cheol-bo, the school’s Korean language and culture teacher, looks over students as they write letters of support and thanks to soldiers of South Korea’s Zaytun Brigade serving in Iraq. (Bryan Groves / U.S. Army)

At Taegu American School in Taegu, South Korea, Chin Cheol-bo, the school’s Korean language and culture teacher, looks over students as they write letters of support and thanks to soldiers of South Korea’s Zaytun Brigade serving in Iraq. (Bryan Groves / U.S. Army) 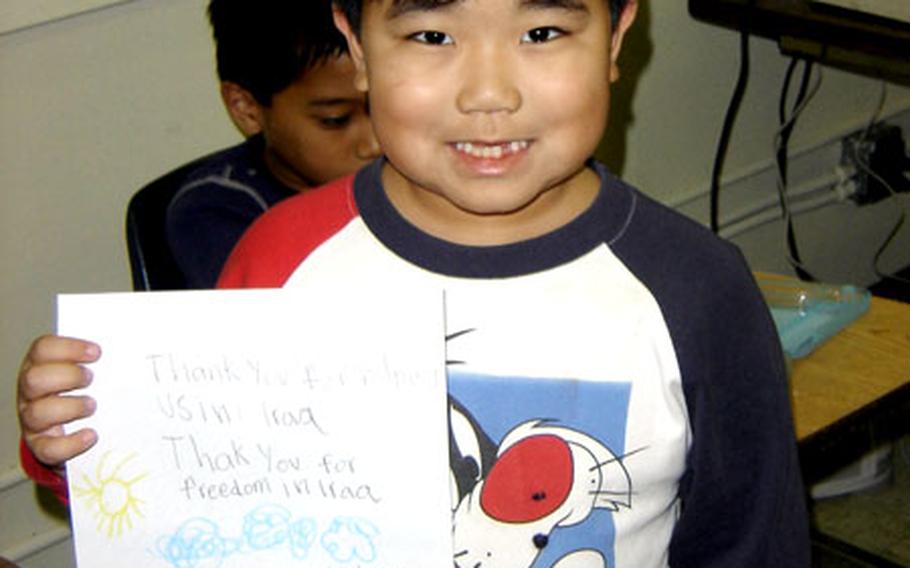 Also taking part are Korean students at two local schools that have a &#8220;sister school&#8221; relationship with TAS, officials said.

The letters will be sent to the South Korean Army&#8217;s Zaytun Brigade, which has about 3,600 troops stationed in Irbil, Iraq, said Army Lt. Col. Bryan Groves, civil affairs chief for the 19th Theater Support Command in Taegu.

The aim is that each Zaytun Brigade soldier will get a letter or card with a message of thanks and support for serving in Iraq. The brigade has been assigned construction and repair tasks.

The 19th TSC, said Groves, undertook the effort last month as part of its compliance with the Good Neighbor Program, which requires U.S. military units in South Korea to take proactive measures to foster good relations with the Korean public. The U.S. military command launched the program in 2003.

&#8220;I hope that he thinks that he is comforted by someone else thinking of them,&#8221; he said Friday of the soldier who might eventually read his letter.

As of Friday, students at Taegu American had produced about 430 letters and the writing was continuing, Groves said. The letter-writing campaign began last month.

Chin has contacted the two local Korean schools participating &#8212; the Kyodae Busok Elementary School and the Kyongbuk Art High School &#8212; and was told they have letters ready to be picked up, he said.

Groves thinks the letters could be good for the Zaytun soldiers&#8217; morale, just as his own morale was helped when he received letters from American school kids when he served in Kosovo and Iraq.

Jordan Bray, 10, a fifth-grader, wrote two letters about two weeks ago. Both included the opening &#8220;Dear Korean soldiers&#8221; which Chin wrote on the board in Hangul, the Korean alphabet, for students to copy.