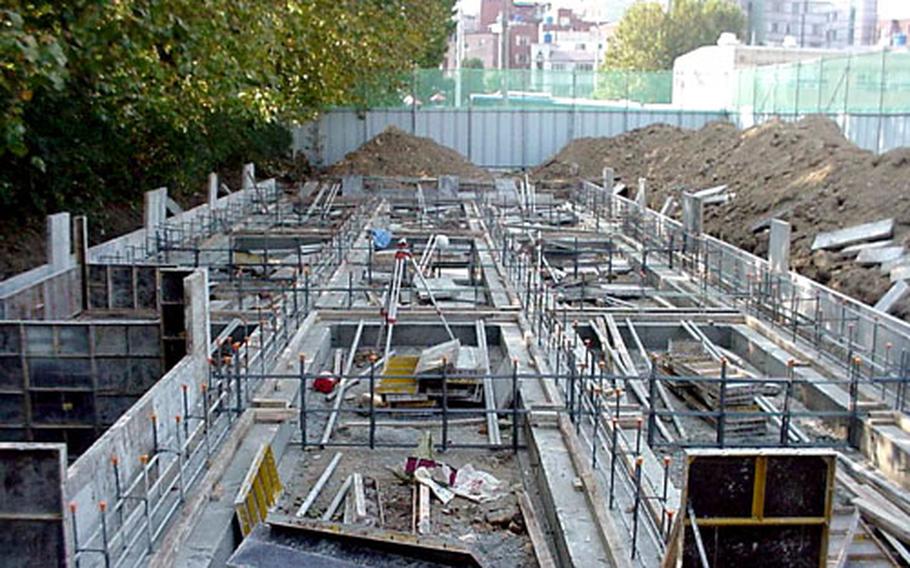 A one-story building is being constructed to house three new classrooms for the Taegu American School at Camp George in Daegu, South Korea. The classrooms are to be ready in December. (U.S. Army)

PYEONGTAEK, South Korea &#8212; Students at Taegu American School in South Korea will have three new classrooms once workers put up a new one-story building on Camp George in Daegu.

The classrooms will be ready sometime in mid-December, &#8220;just in time for the second term of the school year,&#8221; James Hamilton, public works chief for the Army&#8217;s Area IV Support Activity in Daegu, said Friday.

&#8220;This was brought about by the increase in enrollment Taegu American School has been experiencing,&#8221; he said. The school is part of the Department of Defense Dependents Schools system.

The Army&#8217;s Installation Management Agency Korea Region Office is spending $291,481 on the building, which it designed, Hamilton said.

It will have &#8220;cabinets and counters, regular things that you might find in a classroom,&#8221; he said. Each classroom will measure 871 square feet.

The building is going up on one side of the school&#8217;s soccer field, Hamilton said.

Work began earlier this month; crews since have laid the foundation. &#8220;The concrete is curing &#8212; drying,&#8221; said Hamilton. &#8220;In a few days the concrete should be cured and construction should start on the building itself.

The schools, Hamilton said, &#8220;are important to the community and, with increased enrollment, the school is having to find creative ways to accommodate all their classes. This will relieve the pressure.&#8221;