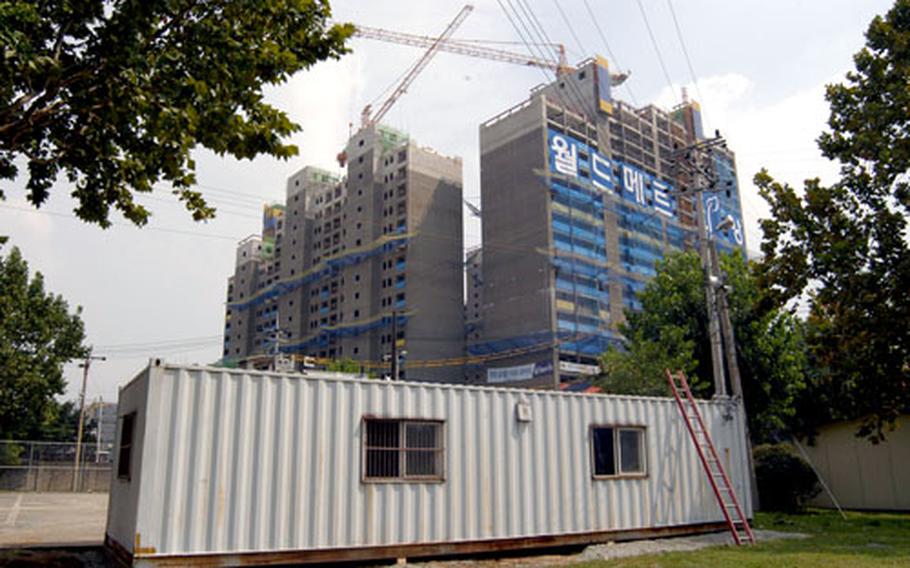 A rusted gray shipping container awaits a new paint job and other finishing touches to turn it into a temporary classroom in time for start of new school year at Taegu American School in Daegu, South Korea. (Galen Putnam / U.S. Army)

A rusted gray shipping container awaits a new paint job and other finishing touches to turn it into a temporary classroom in time for start of new school year at Taegu American School in Daegu, South Korea. (Galen Putnam / U.S. Army) 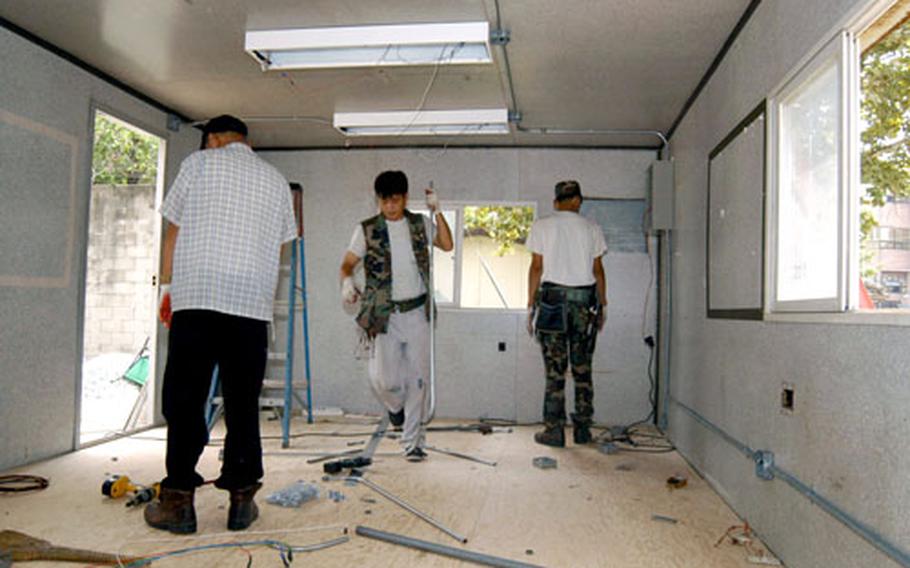 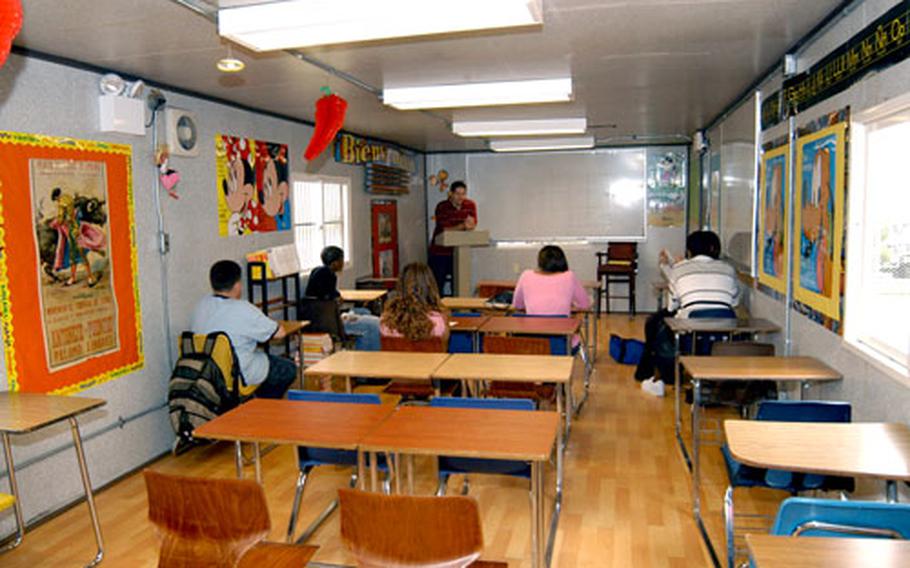 PYEONGTAEK, South Korea &#8212; The long, weather-beaten steel container didn&#8217;t look like much when it pulled into Camp George in Daegu last week on the back of a flatbed truck.

But after the Army&#8217;s public works crews went at it with their power tools, hammers and paint brushes, the derelict CONEX container was a gleaming new classroom ready for Tuesday&#8217;s first day of school at Taegu American School.

Col. Donald J. Hendrix, commander of the Army&#8217;s Area IV Support Activity in Daegu, had the container trucked to Camp George from Camp Hialeah in Busan.

It was once an office building but Hendrix knew that with ever-growing enrollments, Taegu American needed more classroom space. And with the Army set to close Camp Hialeah in 2006, the beaten up gray container was the perfect candidate for a temporary classroom in Daegu.

Workers changed the door locks so the teacher could use keys, installed a heat pump that provides both heating and cooling, put in new and better lighting plus emergency lighting and fire exit lights, laid down new linoleum flooring, replaced a broken window and sealed two holes that once had been spaces for air conditioners.

&#8220;We painted the exterior, &#8217;cause it was old and gray and rusty and now it matches the rest of our facility colors,&#8221; which are beige with brown trim, Hamilton said.

The classroom comfortably can seat about 30 students at a time, said Taegu American Principal Helen Bailey.

The 65 students studying Spanish will meet daily, 20 to 25 students per class, Bailey said. Until now, she added, Taegu American Spanish teacher Chance Wilson had no classroom of his own. Five of the school&#8217;s teachers still lack their own classrooms.