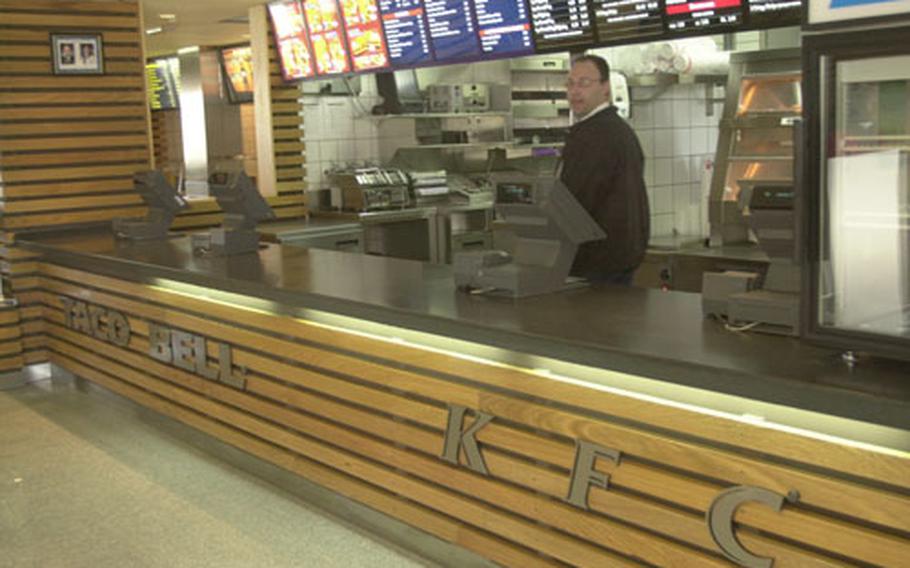 A Spanish worker stands behind the counter at the new Taco Bell and KFC restaurant, which was to open Saturday at Naval Station Rota in Spain. (Scott Schonauer / S&S)

A Spanish worker stands behind the counter at the new Taco Bell and KFC restaurant, which was to open Saturday at Naval Station Rota in Spain. (Scott Schonauer / S&S) 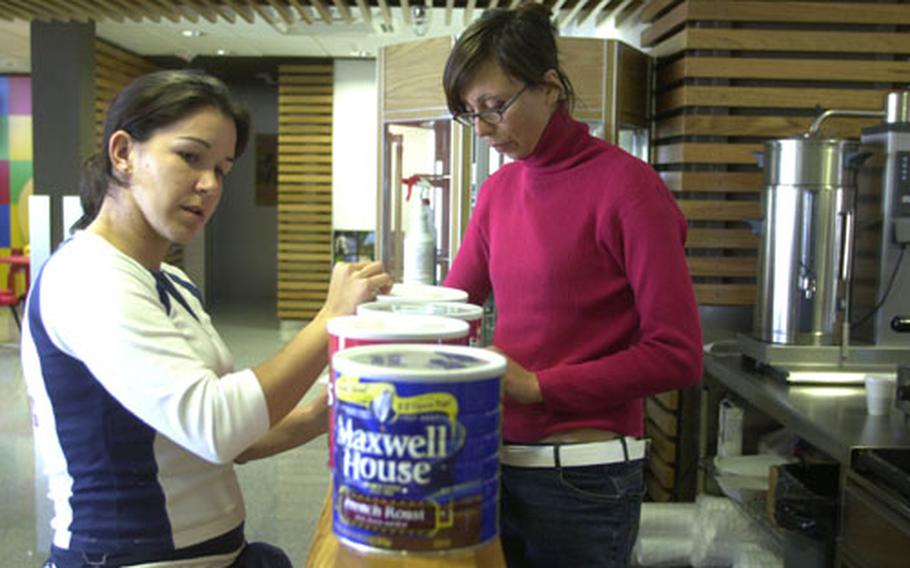 NAVAL STATION ROTA, Spain &#8212; Americans in Rota who crave a chalupa from Taco Bell or extra crispy chicken from KFC are getting just what they ordered.

The base was to open a new Taco Bell and KFC Express franchise along with a 24-hour diner on Saturday at the air terminal. The Taco Bell restaurant will be the first on the Iberian Peninsula, and the first such franchise to reach a Navy base in Europe, according to managers.

The Navy Exchange, which is partnered with a Mallorca, Spain-based company to bring the restaurant to Rota, has been trying to get a brand-name franchise at Rota&#8217;s air terminal for more than three years. Plans to build a Burger King and then a Popeye&#8217;s Chicken & Biscuits fell through.

Customers will find the menu at this restaurant is almost identical to those at a Taco Bell or KFC in the United States.

You can get a burrito supreme at Taco Bell or mashed potatoes, gravy and biscuits at KFC. The diner, dubbed The Runway Cafe, will serve burgers, club sandwiches and Denny&#8217;s-style breakfast items.

The restaurant replaces an old greasy cafe and will cater to Americans based at the naval station and passengers flying in and out of the airport, which served as a hub during the war in Iraq last year.

The eating area holds nearly 150 people and has an outdoor patio near the flight line. Flat-screen television sets give updates on arriving and departing flights, and children can hold birthday parties in a designated area.

Ismael Ar&#233;valo Dorado, the director of operations, said workers have worked hard for the past six months to get the restaurant up and running.

Luis Comas, a &#8220;franchise coach&#8221; with Yum! Restaurants International, which oversees franchises such as KFC, Taco Bell and Pizza Hut in Europe, said the food court is expected to serve as many as 1,000 customers a day.