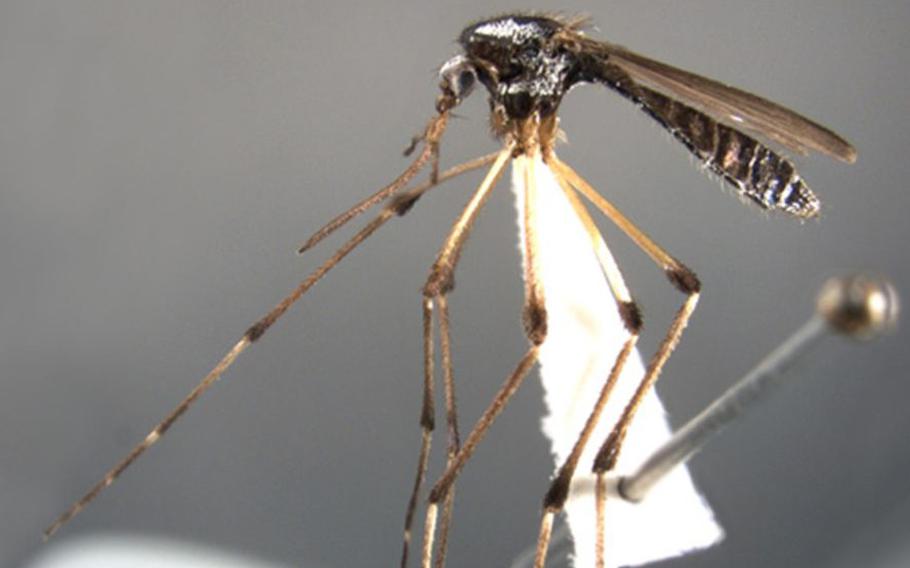 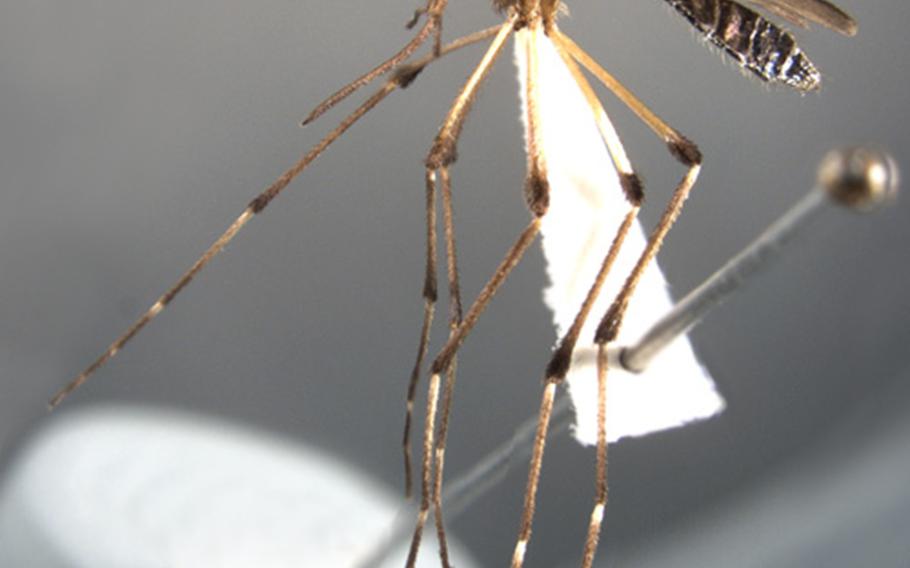 The mosquito Psorophora Ciliata is bigger than most other species and is known for its vicious nature. (Judith A. Stoffer/Walter Reed Biosystematics Unit)

Thousands of rare mosquitoes spawned in the wake of Hurricane Florence are swarming servicemembers in bases across North Carolina, causing some training to be cut back while troops wait out the winged apocalypse.

The mosquito in question, psorophora ciliata, is bigger than most other species and is known for its vicious nature, said Army Capt. Neil Milan, an entomologist at Womack Army Medical Center in Fort Bragg, N.C. It is wreaking havoc across the state.

“If they want to bite you, they will get to you,” Milan said. “They are some of the largest mosquitoes, one of the fastest breeding and one of the strongest and most aggressive flyers in the mosquito world. If you were trying to pick out an angry mosquito, it would be this guy.”

In addition to their size — about a centimeter for the body alone — the “shagged legged gallinipper,” as it is commonly known, has hairy black-and-white striped legs and large mouth parts that can easily pierce through most clothing. It commonly attacks in swarms.

If that wasn’t bad enough, they are also resistant to DEET and permethrin, two chemicals commonly recommended by both the Army and the Marine Corps to repel biting insects. Their flying strength allows them to keep up with human hosts, even if they are running away.

The gallinippers are not known to carry any diseases that affect humans. The bugs are known, however, to carry heartworms, parasites that normally affect dogs.

The mosquitoes breed after major flooding and lay their eggs in mud puddles. The puddles dry up and the eggs remain in stasis until activated again by water, usually provided by a natural disaster such as a hurricane.

That means in about a week and a half, the bases on North Carolina may be hosting the swarms again.

“I expect we will have one more event this year,” Milan said. “Unfortunately for Fort Bragg, we’re about to be hit by (Tropical Storm) Michael.”