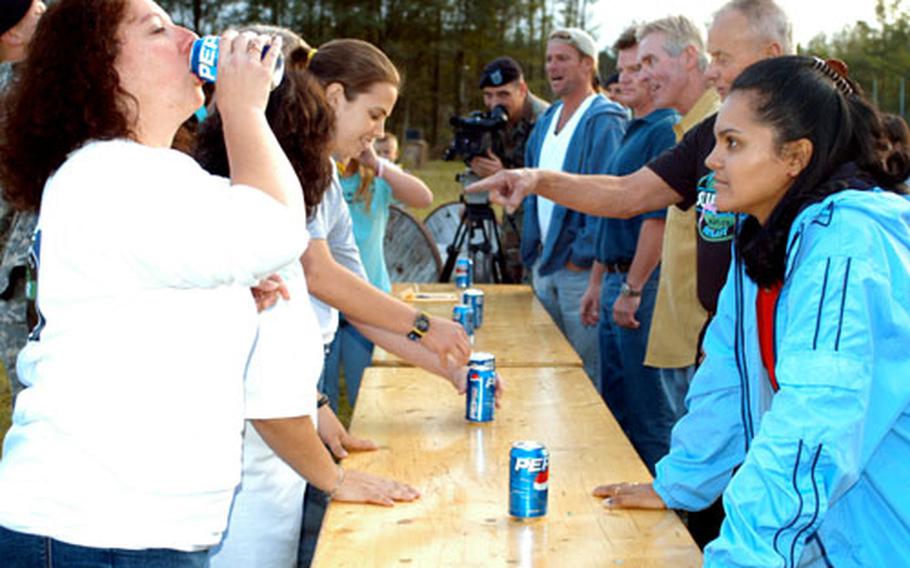 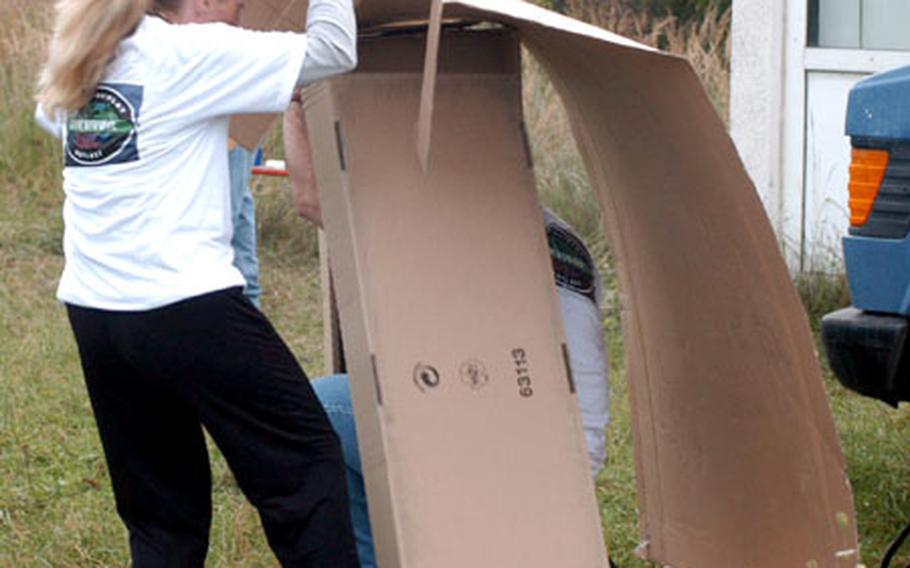 Heather Leeds and Maj. David Knellinger construct a shelter out of cardboard Wednesday in Bamberg during a "Survivor"-style competition judged by three former contestants of the reality TV show. (Rick Emert / S&S) 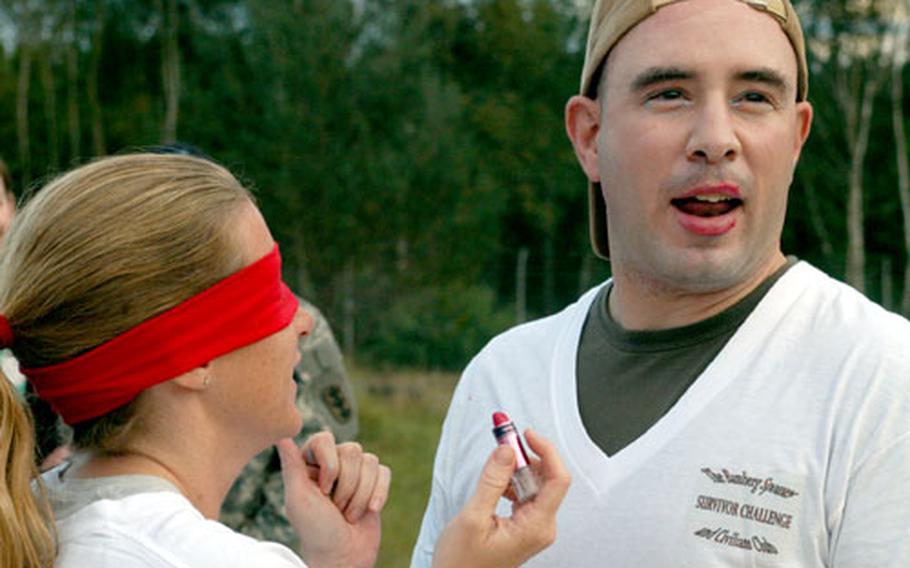 Wednesday&#8217;s Survivor challenge in Bamberg pitted five two-person teams against each other in a competition that replaced spears with paintballs and bugs with warm Pepsi.

For some, the bugs were missed.

&#8220;I would rather have choked down a worm than drink that warm Pepsi,&#8221; said Stephanie Leeds, a member of the Bamberg Spouses and Civilians Club.

Leeds guzzled the soft drink in a matter of seconds then spent several minutes bent over with cramps. &#8220;It was pretty painful.&#8221;

Leeds and her teammate, Teri Samarin, took first place in the scavenger hunt that began the competition, but were eliminated in the warm-Pepsi-guzzling contest.

Samarin wasn&#8217;t too upset about the early elimination.

Other contests in the competition were applying makeup while blindfolded and shooting paintballs at soda cans.

The deciding challenge also determined which of the two teams might best survive life on the streets. They had to construct a &#8220;building&#8221; out of three pieces of cardboard, and the structure had to be big enough to hold both contestants.

Of course, the event wasn&#8217;t really so much about the competition as it was about meeting some of the real survivors in person.

Survivor Diaz-Twine, who lives with her soldier husband in Mobile, Ala., probably knows more than her counterparts what their visits to military bases mean to the communities.

The schedule ...Three former contestants of the &#8220;Survivor&#8221; reality show are visiting bases in Germany. Their schedule: